Youth have the highest internet penetration rates of 89.8% in Thailand thanks to a firm foundation of connectivity across the nation. When it comes to the use of technology, however, they are classified as a vulnerable group due to the lack of digital literacy, leading to a number of online risks. 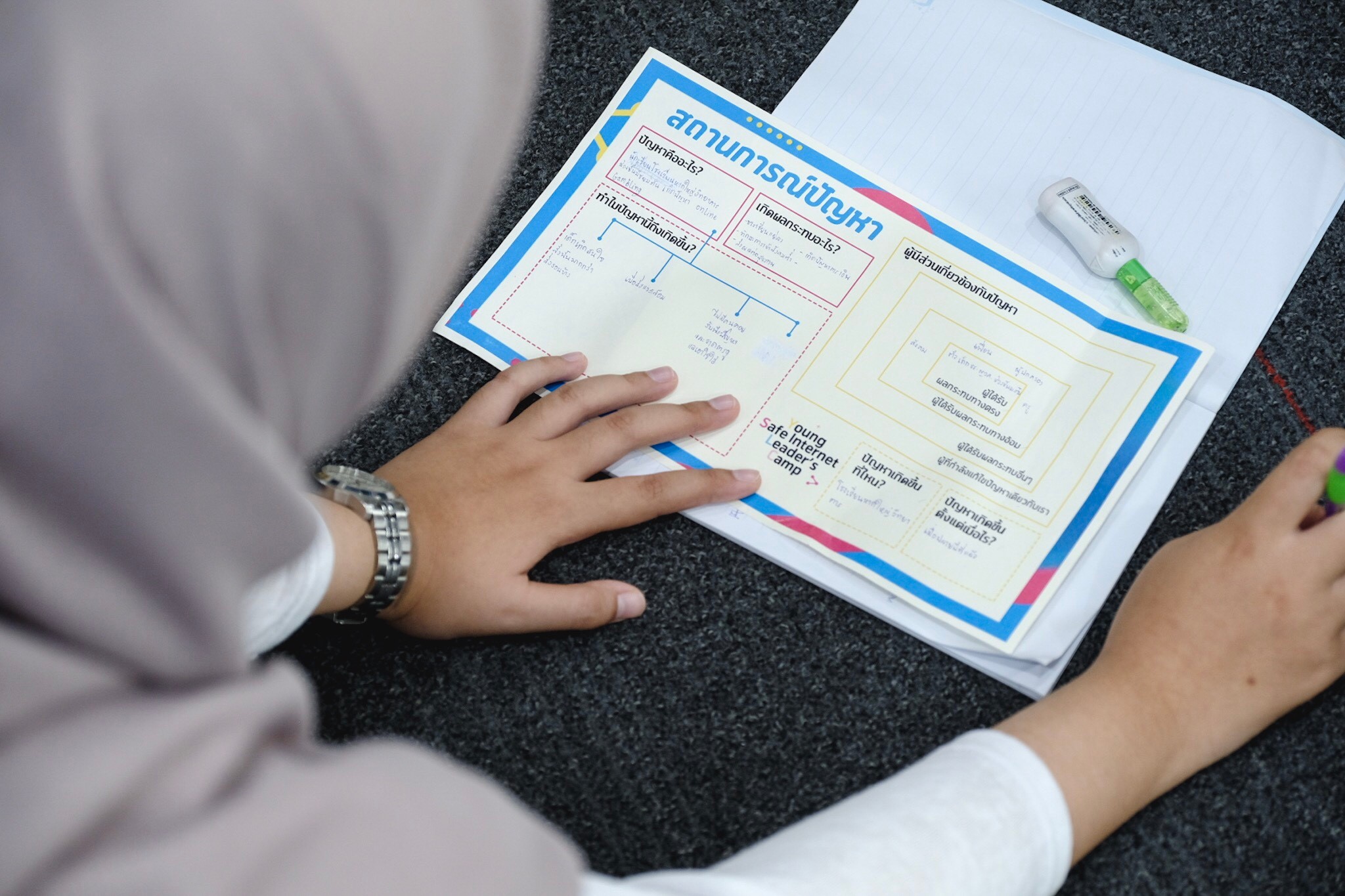 “When it comes to the use of technology, digital literacy plays an integral role in promoting creative use and creating digital resilience. dtac as a part of digital ecosystem, we realize our role in promoting digital literacy in partnership with the government agencies and NGOs through Young Safe Internet Leader Camp, which is in its second edition already,” said On-uma Rerkpattanapipat, Head of Corporate Communications and Sustainability at dtac.

“Design thinking” is adopted as a core structure of learning curve development, unlocking youth participants’ potential to truly understand the root cause of those problems in many prospects. Additionally, dtac also provided initial funding for project scaleup.

Let’s have a look at those three of the ten projects granted funding by dtac.

A card game that teaches empathy

“Design an activity to combat online threats.” The challenge was assigned to a group of students from Bangkok Christian College titled Good Net Good Life team.

Due to the rising trend of cyberbullying, the team realized the importance of raising awareness about the advantages of using online technology to hurt someone on purpose. However, effective solutions should be designed and considered based on “approach of communication”, which would be centered around student behavior. And the key element of the solution is fun.

The team members brainstormed and found out that the solution could be translated into a form of “Card Game”. It is a form of edutainment, allowing youngsters to play game like a role play. This allowed people to know how victims feel when they are bullied online. It is considered a sort of social experiment, which was designed by high school students. 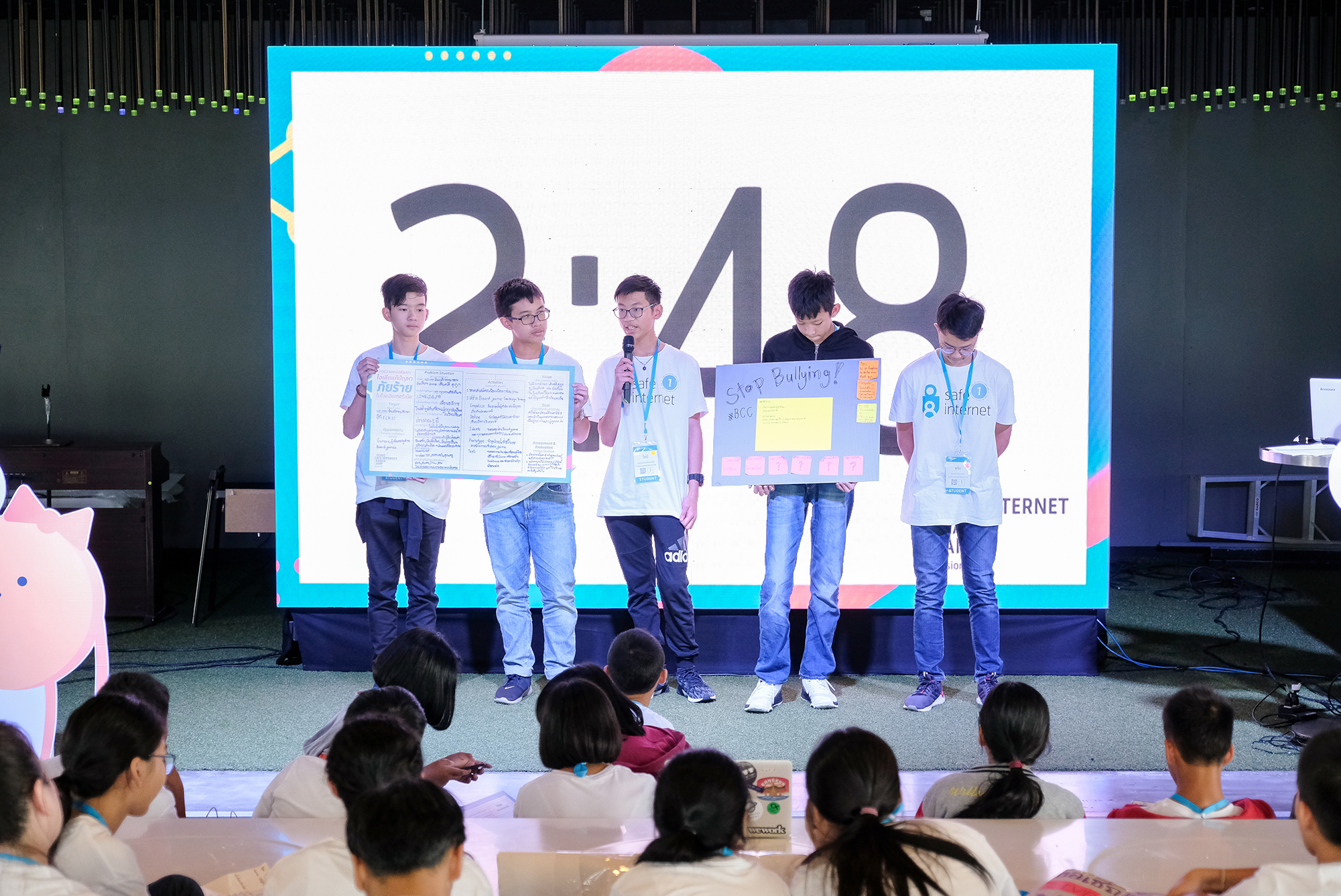 Three hours from Bangkok, Ratana Suksa School had conducted research on online risks during 2018-2019. The findings showed that fake news was having a negative impact throughout the society, from students to parents, from parents to community.

A working team from Ratana Suksa school brought “gaming activity” as part of awareness raising campaign about fake news, encouraging participants to know how to use digital technology in a fun and creative way.

The team also created extended program themselves through a workshop on the topic “How to use internet safely” by the experts from education faculty, Chulalongkorn University.

In addition, the working team also created a social experiment. Information board was mocked up with incorrect content in the school, testing the reaction of students in the school. The result showed that people were highly engaged, drawing a lot of corrections and comments on the board.

The working team from Sanguansri Wittaya school from Chumporn province was inspired by a real-life case of cyberbullying they experienced. They created a chatbot to tackle cyberbullying threats in their school. Demonstrating their advanced programming knowledge, the students designed a bot that can listen to students and forward cases to mental health experts.

Chawanan Tassanaphum, a computer teacher at Sanguansri Wittaya school and the team advisor, said that what made YSCL camp different from others is the way to develop youngsters learning skills with new approach of design thinking. This offers youngsters out-of-the-box thinking method with no judgement whether the answer is right or wrong. Besides, funding was also granted to those having potential, which provided them far-reaching learning skills. The program is well designed putting youngsters onto the center of learning development, truly unlocking kids potential and broadening their horizons.

“I’d like to invite all young people to join YSCL camp at some point. I’m sure you will learn so many things, earn much experience and gain a lot of friendship,” he added.

The second edition of YSCL camp kicks off on April 27. Applications for this round are closed but you can find out more at https://www.safeinternet.camp/

Dr. Srida Tanta-Atipanit from the Internet Foundation  for the Development of Thailand, took part in a judging session on the third day of YSCL camp version 1.0