“dtac is my most loved company in my life” said Tipayarat Kaewsringam, a newly appointed Chief Sales Officer, who started in her new rold on Feb 1.

Although she is new with this position, but she is not new for this company. Ms.Tipayarat used to work with dtac several years ago, taking the lead in customer and people group both domestically and regionally. She also had a broad experience in consulting firms, banking and telcos and retail industry as well as setting up Telenor Myanmar.

Before returning to dtac, she led the 34th branch of German wholesale retailer, Metro in Myanmar as a CEO with a key mission to establish the operation in one of the most challenging market in the globe with a variety of regulatory conditions and excessive land prices.

“At Metro, I had a lot of lesson learned about business world. Retail landscape is fiercely competitive and is severely affected by digital disruption. It’s the second to none to telcos,” Ms.Tipyarat said.

After her mission was completed and she was missing home, she decided to go back to  her homeland – Thailand and dtac – although a number of headhunters reached out her.

“There were two reasons I returned to dtac.”she reiterates. “People is the first reason. They are positively energized, love company and highly engaged, which nowhere is comparable.” 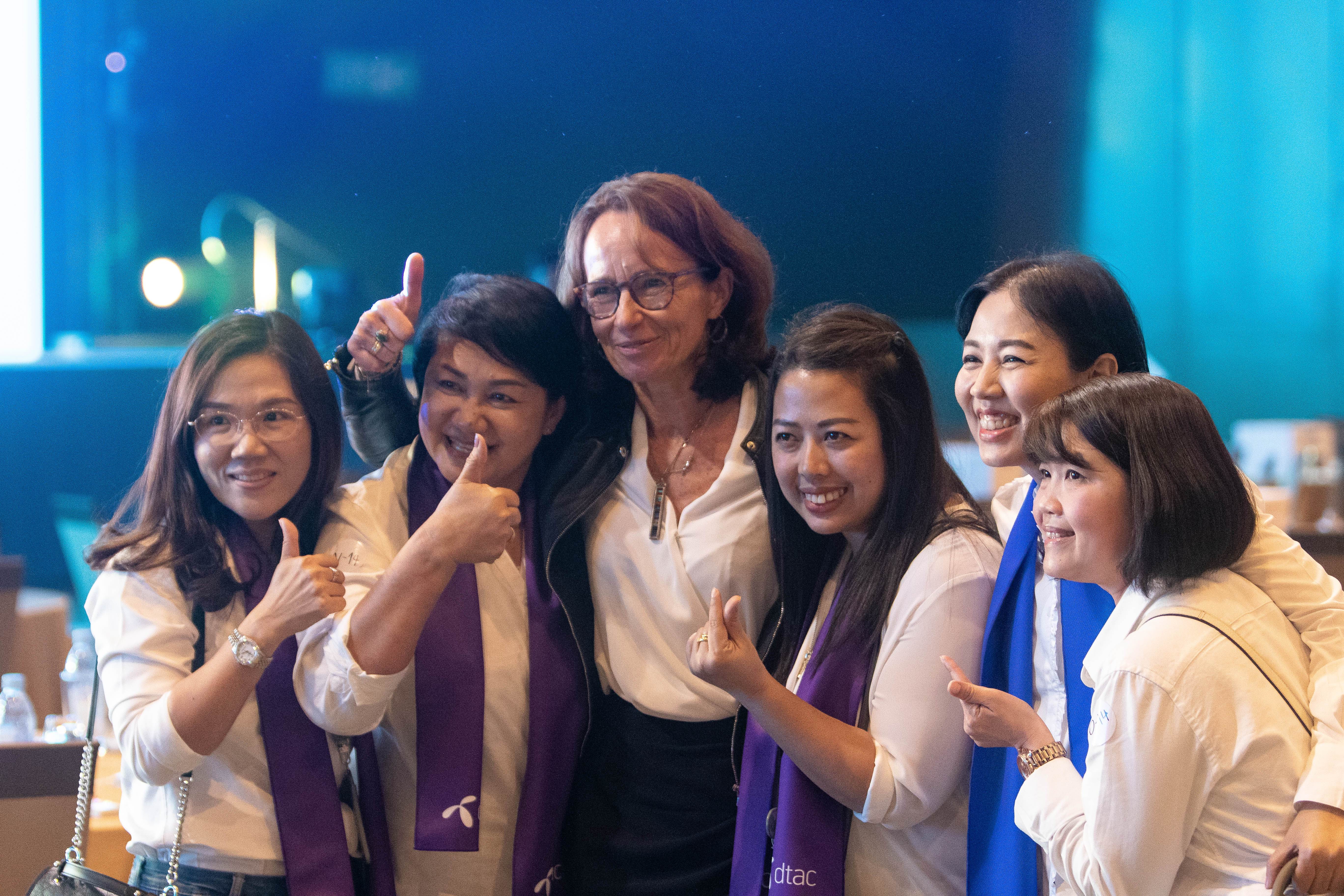 The second reason is to help turnaround dtac. During the period she led customer group, it was a huge boom of telcos with double digit growth. And market shares was placed the second. dtac call center gained highest reputation. But today, dtac was outpaced by the rival, while market shares is in decline. Moreover, a number of external uncertainties also hurt us, which included the regulatory transition from concession to licensing regime last year. Those incidents eroded employee’s confidence.

“And the first mission I will do is to fix all the problems internally, especially the people,” said Ms.Tipayarat. “People is always my first priority”

She said that people is the most important thing. It is a foundation. We will be able to sell products once our employees are happy or less concerned. All the small things matter to our sales people, similarly to our customers, who we need to take care of them at best.

I believe that dtac can become stronger and better like where we used to be with our strength and differentiation. Customers will trust us when people in the company are confident in ourselves. Therefore, fighting spirit need to be revived and restored to our people.

Although telcos market becomes saturated with 130% of SIM penetration and single digit growth, but she views that “sales opportunity is everywhere”. Within 130% penetration of subscribers, it is significantly dynamic. New users emerge everyday, such as first time user of smartphone, expateries,  30 million inbound tourists and churners. In other word, there is still be a variety of customer layers to grab.

A railroads of struggles and hopes from shareholders have put pressures on management team, who are responsible to achieve the turnaround plan over the next six months. However, she said that there is a thing I call “Three is a charm – Focus, Direction and Tracking.”

Meet the people behind dtac’s support for the vaccination rollout