Telenor Group and CP Group will raise up to 200 million USD or 7.3 billion baht to support startups to promote innovative technologies. It includes a new VC fund to identify best ideas from Thai startups, supporting them to become successful at regional, national and international levels. Promising Thai start-ups will have access to technology and expertise from Telenor’s business in Nordic and Asian countries as well as from CP’s related businesses.

Mr. Sigve Brekke, President and Chief Executive Officer (CEO) of Telenor Group said: “the new company will play an important role to drive Thailand’s digital economy and society, so that Thailand will be able to compete sustainably while helping to achieve the government’s goals for “Thailand 4.0”. With this added focus on nurturing innovative companies and supporting tech startup entrepreneurs, it is estimated that the venture fund can create between 250-2000 potential new jobs*. Given venture investments’ ability to bring about greater economic growth and stronger employment, our commitment to invest in Thai start-ups can bring about significant benefits for the Thai economy”.

Mr Suphachai Chearavanont, Chief Executive Officer of CP Group and Chairman of the Board of True Corporation added: “the Venture Capital Fund worth US$200 million is only the starting point to build confidence in Thailand among the  investors and other fundings.  Although we originally set the funding at US$ 200 million, it will most likely attract additional fundings from worldwide, which can lead up to US$ 800-1,000 million in total.  We all must have confidence in the potential of our country. Today, the 0% Capital Gains Tax has already been approved by the government.  As a result, Thailand now has a similar tax incentive to that of Singapore, Malaysia, Vietnam and Indonesia in order to attract foreign investors into Thai startups. The tax incentive gives the country a competitive edge and accelerates the birth of world-class tech startups domestically.  In the end, establishing a new tech company by True and dtac under “Equal Partnership” is not only a response to the global technological changes, but also an opportunity to combine strengths from both organizations to drive this new company forward and create an eco-system for innovation. The new company will provide increased values for both consumers and all stakeholders for further benefits of the country”.

Telenor and CP will provide funds to support startups, plus have experts and mentors to coach and connect founders to startup ecosystem and regional and global networks. The VCF also aims to create innovative technology through new products and services, and aims to support the creation of at least 30 – 70 new patents. The VCF plans to support innovative technology in targeted sectors including agriculture, healthcare and education. The VCF could also reach out to foreign start-ups to relocate to Thailand while stimulating investment in new tech frontiers, such as deep and advanced tech, space, artificial intelligence and even the metaverse.

In Southeast Asia, continued shifts in consumer and merchant behavior, matched with strong investor confidence, have ushered the region into its “Digital Decade” – the region is well on its way towards 1 trillion USD in gross merchandise value, which measures the value of e-commerce, by 2030.

Thailand has a huge potential to be a digital champion in the region and harness the perfect storm. Thais are digital natives. 9 out of 10 Thais have made an internet purchase, and this trend will only continue. Thailand had the highest proportion of new digital consumers coming online in 2021, compared to other Southeast Asian nations. The extraordinary shift in consumer behavior has also led to the rise of the digital merchant in Thailand. A Bain, Google and Temasek report expects Thailand’s internet economy to triple in value to $57 billion by 2025. The government is also playing its part as an enabler.

Digital start-ups will play an important role for Thailand. Telenor Group and CP Group are ready to go further to support the development of a vibrant Thai start-up ecosystem, leveraging Thailand’s strong foundation as a digital economy. 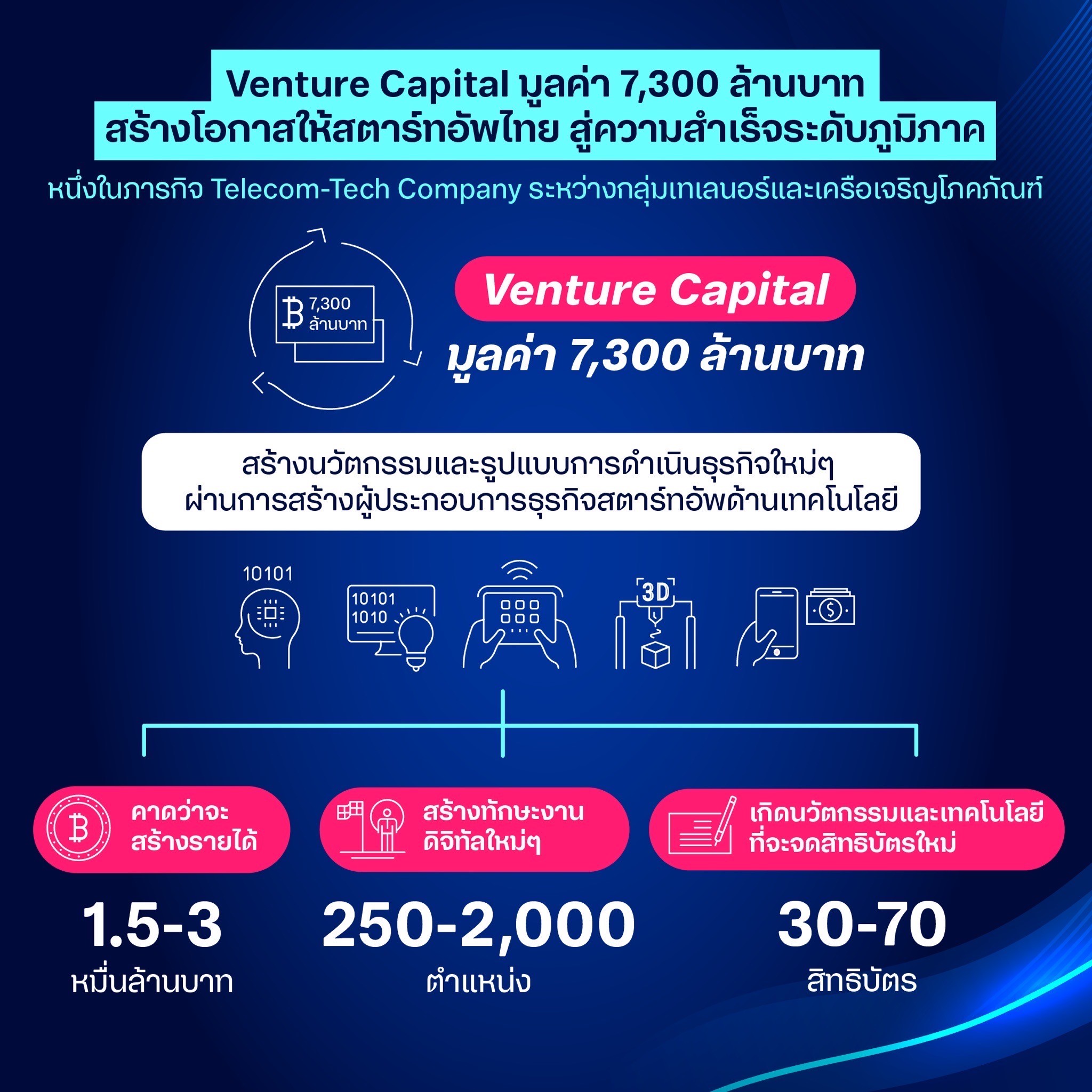 *Based on average VC investments of USD0.8 million per seed round in Southeast Asia in 2019, assuming 2 cofounders per start-up and 8 times growth in start-up employee count during lifetime.

dtac notifies SET that the Tender Offerors have declined the Voluntary Tender Offer; parties remain committed to the amalgamation