For dtac employees, known as dtac giants, who work at the company’s headquarters, they might be familiar with one of the most congested road in Bangkok, Rama IV. (dtac House is located at the corner between Phyathai and Rama IV road.)

Rama IV is a busy and bustling road artery that stretches from Phra Khanong all the way to Hua Lampong. It handles an average of over 800,000 passengers and the traffic congestion is expected to be higher over the next few years, due to Bangkok city’s growth. 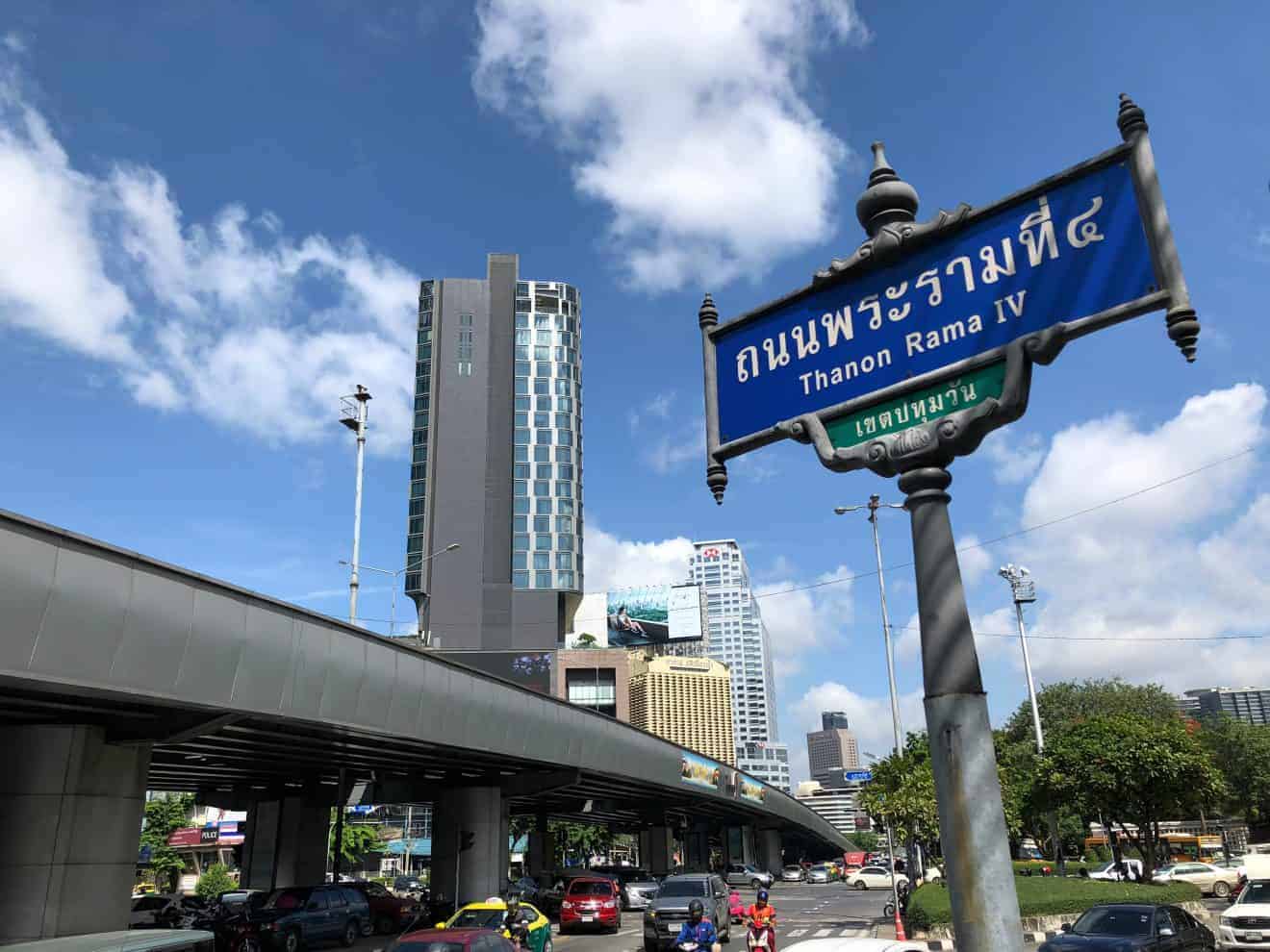 The history of Rama IV

The origins of Rama IV date back to 1919, 100 years ago. His Majesty King Rama IV initiated construction to serve Bangkok’s development plans for international trade expansion with western countries during the colonial era, such as UK, United States and France.

It was built similarly to Charoen Krung Road. As a Westerner merchants of various nationalities gathered, they called on the Siamese government to build a new road. Due to the main transportation routes in those days were still used by waterways, which is much slower than land routes.

A canal called Khlong Thanon Trong (literally translated as a “straight road canal”) originally followed the route of the current day road. Around 1857 a parallel paved road was added.

Actually, this road is considered to be the first paved road in Thailand. It was built before Charoen Krung road by about four years.

The Paknam Railway, Thailand’s first railway line, followed the route of Rama IV road from 1893 until it closed in 1960 due to under-use and increased road traffic. Several flyovers were added in the 1980s and 1990s to improve traffic flow.

In 1919, the King  Rama IV renamed the road Rama IV Road. In 1947 the canal was drained to make way for an extension of the road.

Future city in the making

Supichai Tangchaitrong, deputy director of Academic Service Center of Chulalongkorn university, said Rama IV road is facing rapid changes driven by economic growth. There will be a huge transformation with the emergence of a vast number of real-estate complex worth more than 200 billion baht, which are set to be complete within the next couple of years.

Chulalongkorn University, as a key stakeholder of the communities along Rama IV road, it eagerly raises concerns about “sustainable” development in order to balance quality of people lives and social development under the project RAMA IV Urban Revitalization. It identifies the transformation in five areas:

Hua Lam Pong terminal will be moved to Bang Sue in the next few years and the existing terminals will be promoted as a new tourist destination with a planned historical museum.

This neighborhood is well known for street food offering a variety of cuisine 24/7. While Suan  Luang is set to be a new commercial complex under the supervision of Chulalong korn university.

Chamchuri Square, Samyan Mitrtown and Hua Lam Pong temple will connected by a skywalk. The Rama IV Road area is set to be Bangkok’s next business hub thanks to the large-scale investments in the public transport system by the state private sectors. Samyan Mitrtown will be among the first projects that brighten up and reinvigorate the Rama IV area.

Rama IV Road is transforming into a new landmark area of Bangkok as it increasingly becomes the location of mixed-used developments combining luxury hotels, retail outlets, offices and condominiums. One Bangkok is a new global landmark destination – a fully-integrated district in the heart of the city.  Once completed, it will be synonymous with Thailand and enhance the country’s stature on the world stage.

Located directly opposite FYI Center next to Queen Sirikit National Convention Center, this mixed-used project will be developed over a 24-Rai plot of land and will cost an estimated Bt 20 Billion.

The PARQ will comprise of a combination of premium grade office, retail and leisure space. The first phase of the Project is due to complete in 2019 and it will offer 71,000 Sqm. of office space.

A path to sustainable development

With the rapid changes, Chulakorn university joins forces with key stakeholders, including government agencies, developers and communities to set out a shared goal, connected five areas together with a more convenient transportation and improved traffic flows. It aims at making a quality of life to the Bangkokian, balancing the urban development and its traditions.