With economic and social pressures on the rise in Thailand and around the world, intense competition in the job market, and accelerating adoption of digital technologies and social media, many Thai families have begun to suffer from chronic stress and eroding mental health. Furthermore, many parents spend less quality time with their children, which can worsen family ties and impact child development. And the situation is only worsening.

dtacblog spoke to Associate Professor Dr. Adisak Plitponkarnpim, pediatrician and director of Mahidol University’s National Institute of Child and Family Development, about Thailand’s family crisis, the concept of inclusive childcare, and autism-like characteristics in children caused by excessive screen time. His research aligns closely with the goals of the dtac Safe Internet initiative, which aims to promote digital resilience for children, the future builders of the nation and tomorrow’s citizens. 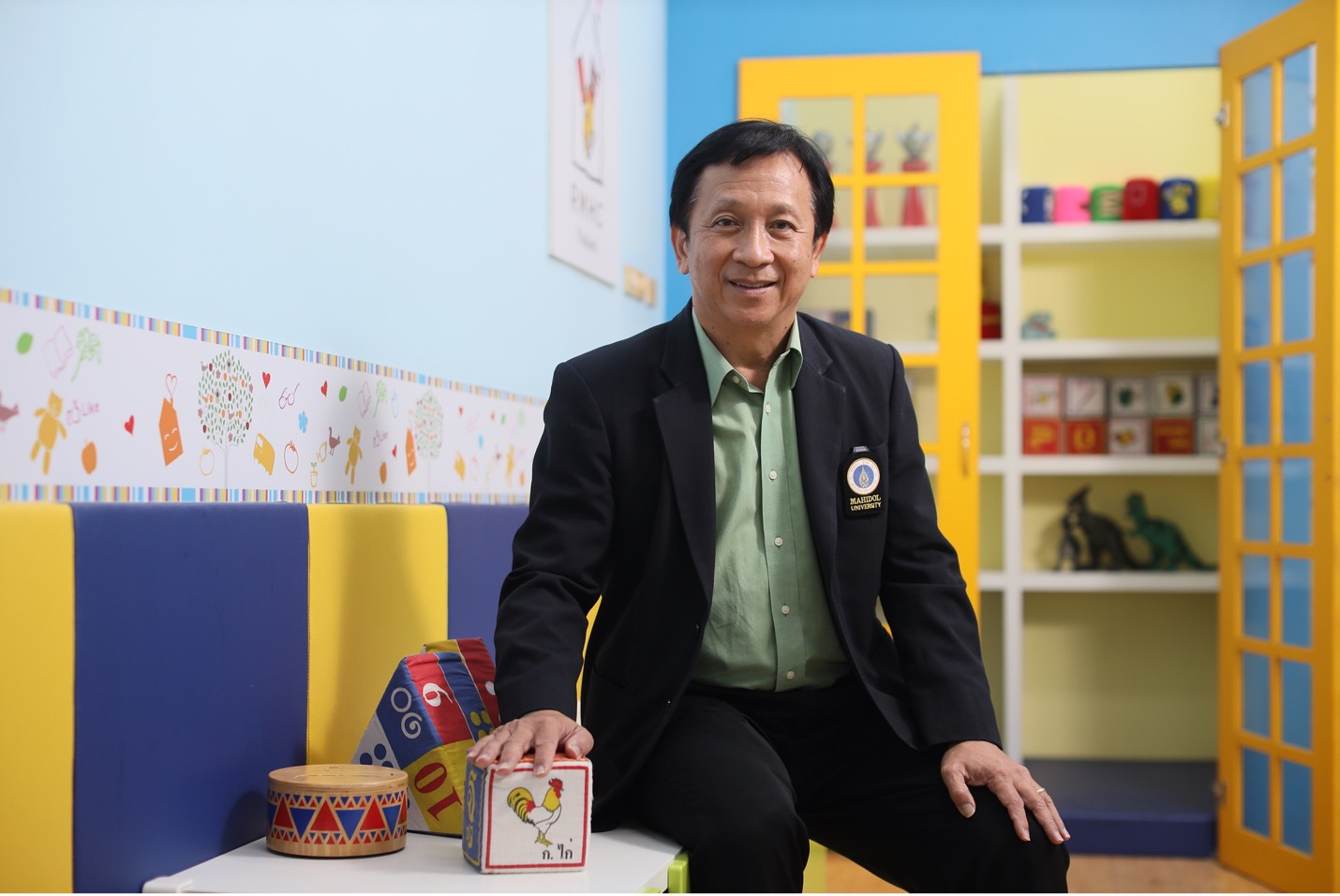 A joint research study, conducted by Mahidol University’s National Institute for Child and Family Development and the Child Safety Promotion and Injury Prevention Center of the university’s Faculty of Medicine Ramathibodi Hospital on nearly 2,000 children from low-income neighborhoods, found that poverty is directly correlated with dysfunctional family relationships. Children raised in such families tend to experience a higher level of stress, which in turn affects their development. They tend to be less successful in school, and as teenagers are more likely to show signs of aggression and violence. As adults, they are likely to struggle in their personal and professional lives. And after the age of 40, a lifetime of chronic stress makes them more likely to experience or die from non-communicable diseases (NCDs) such as heart disease, strokes, diabetes, and high blood-pressure.

Of course, mistreatment of children is not only a problem among low-income families. The problem is likely to occur among those with any of these five features: broken relationships, domestic violence or abuse, selling illicit drugs, members with criminal records, or members with chronic health problems. 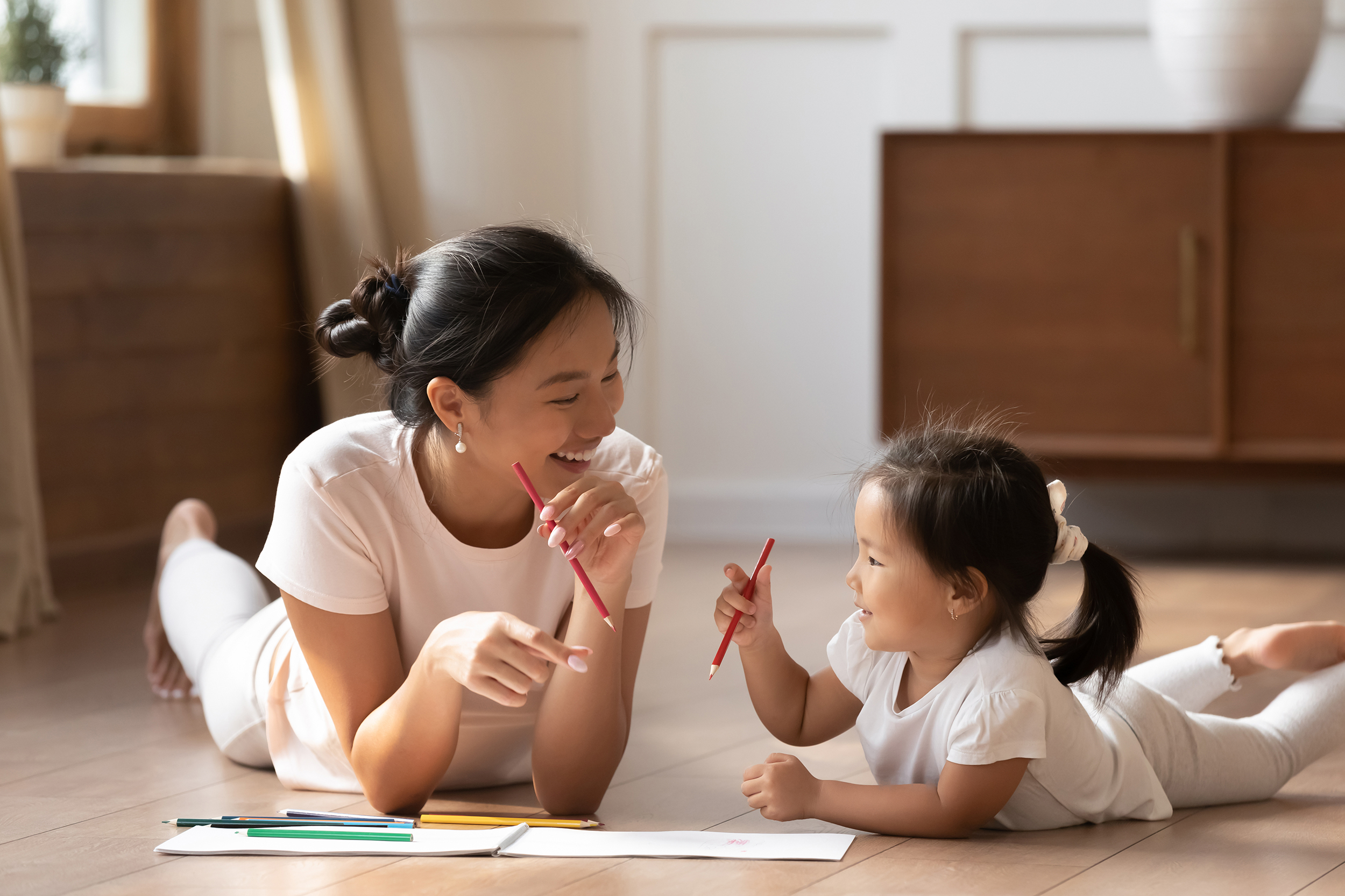 “The first six years of a child’s life have a significant impact on their physical, cognitive, and emotional development. With continuing socioeconomic changes, parents spend less time with their children in their early years or don’t have sufficient parenting skills,” Prof. Adisak continued. “Many face family issues, such as parental divorce, remarriage, and neglect. This affects the children’s mental development and growth potential.”

Mistreated children can be divided into two main groups:

In response to these social challenges, Mahidol University’s National Institute for Child and Family Development teamed up with the Ministry of Social Development and Human Security to establish the Samarnjai Early-Childhood Demonstration Center in 2019. The center is a pilot project to develop a model for childcare facilities and kindergartens nationwide. At the center, mistreated and abandoned children, under the care of the Bangkok and Nakhon Pathom Shelter for Children and Families, study alongside other children from well-adjusted families. Embracing the “Inclusive Child Care” concept, the center seeks to rehabilitate children who have had adverse experiences through the love and warmth of their peers, teachers and caregivers. This will help children to develop well-adjusted thinking processes, self-control, learning abilities, and adaptability skills.

“Emotionally-wounded children usually show flight, freeze, or fight reactions. In other words, they will either avoid, ignore or behave aggressively towards others. So, once they have been admitted to a shelter for children and families, they should go through the rehabilitation process as soon as possible,” said Prof. Adisak.

According to him, when the two groups of children interact and play with each other, they notice the divergent behaviors among them and try to gradually adapt towards each other. Through this process of bonding and attunement, previously mistreated children experience acceptance and warmth, which leads to a change in their nervous system that reactivates their development potential.

Teachers at the center, meanwhile, cultivate better skills and greater understanding to care for emotionally-wounded children and are able to respond to their needs with trauma-informed care. Children from well-adjusted families, on the other hand, get a chance to learn about diversity and the importance of kindness.

“The Covid-19 crisis has made it clear to us that we can leave no one behind. We must move forward together as a caring society,” Prof. Adisak said.

Family dysfunction isn’t the only stressor on children’s development. Technological advancement and economic prosperity also have a role to play in children’s physical and mental well-being. And Thai pediatricians have found that many children have developed autism-like characteristics due to these socioeconomic shifts.

Autism-like characteristics in children point to slow cognitive development. One of the major causes is a lack of interaction and two-way communication with other humans due to excessive screen time. The presenting symptoms are very close to those of autism, except they are not caused by genetic or chromosomal conditions.

“There was one case where a kid grew up with a tablet and was able to speak English because of the video clips he watched. At the beginning, it seemed like a good thing, but eventually he showed no signs of having feelings towards others,” Prof. Adisak said. “He made no eye contact and didn’t seem to realize the presence of other human beings. Without timely intervention, treatment would have been very difficult as his brain would have already been wired that way.”

“Investing in the first six years of a child’s life is critical. It paves the way for complete physical and mental development. Parents should not only plan for such investment, but the government should also promote and invest in human resource development via various mechanisms,” he continued. “This kind of investment is definitely more worthwhile than trying to fix these problems later.”

For those who want to support the National Institute for Child and Family Development, you can make a donation to Ramathibodi Foundation via the account number 026-3-05216-3 (Siam Commercial Bank) or call 084 6770594 for more information.