On February 1, 2020, dtac appointed Sharad Mehrotra as chief executive. Mehrotra, formerly CEO of Telenor Myanmar, has over 20 years of experience in the telecommunications industry. In a wide-ranging interview, Mehrotra discusses his vision for the company, the beauty of working in the telecom industry, the importance of good teams, yoga and his favorite Thai dish.

Originally hailing from the Indian city of Kanpur, Uttar Pradesh, about 500 kilometers from the capital of New Delhi, Sharad Mehrotra had the childhood aspiration of becoming an engineer – one he fulfilled, by securing admission to the University of Pune, where he took up a degree in electrical engineering.

“I think that was something like a dream coming true,” he says. “Those four years were a very exciting time for me – I was learning new things, and something very, very different.”

Mehrotra immediately enrolled in an MBA program after engineering, after which he began his career with Ericsson in India, at the time when GSM (2G) was being rolled out in the country.

“Working there was a game changer for me,” Mehrotra says of his time at Ericsson, crediting a training course at a regional assessment center for developing in him leadership skills that would see him join the company’s management committee in India.  “It was a good grooming.”

After nearly eight years at Ericsson, Mehrotra moved on to a stint as a regional CEO Indian telecom company Aircel. After that, he moved to Norwegian telecoms giant Telenor, where he spent 12 years – across India, Thailand and most recently Myanmar overseeing a strong commercial turnaround. (Telenor holds an ownership stake in dtac.)

“When I joined the company in Myanmar, it was very challenging – falling market share, and the entry of a fourth telecom operator in that country.”

“We just made a team, learned from the market, traveled extensively to learn what was missing in our offering and what were the opportunities. We worked on them. We tried to simplify consumer journeys and then customers started to love us.” 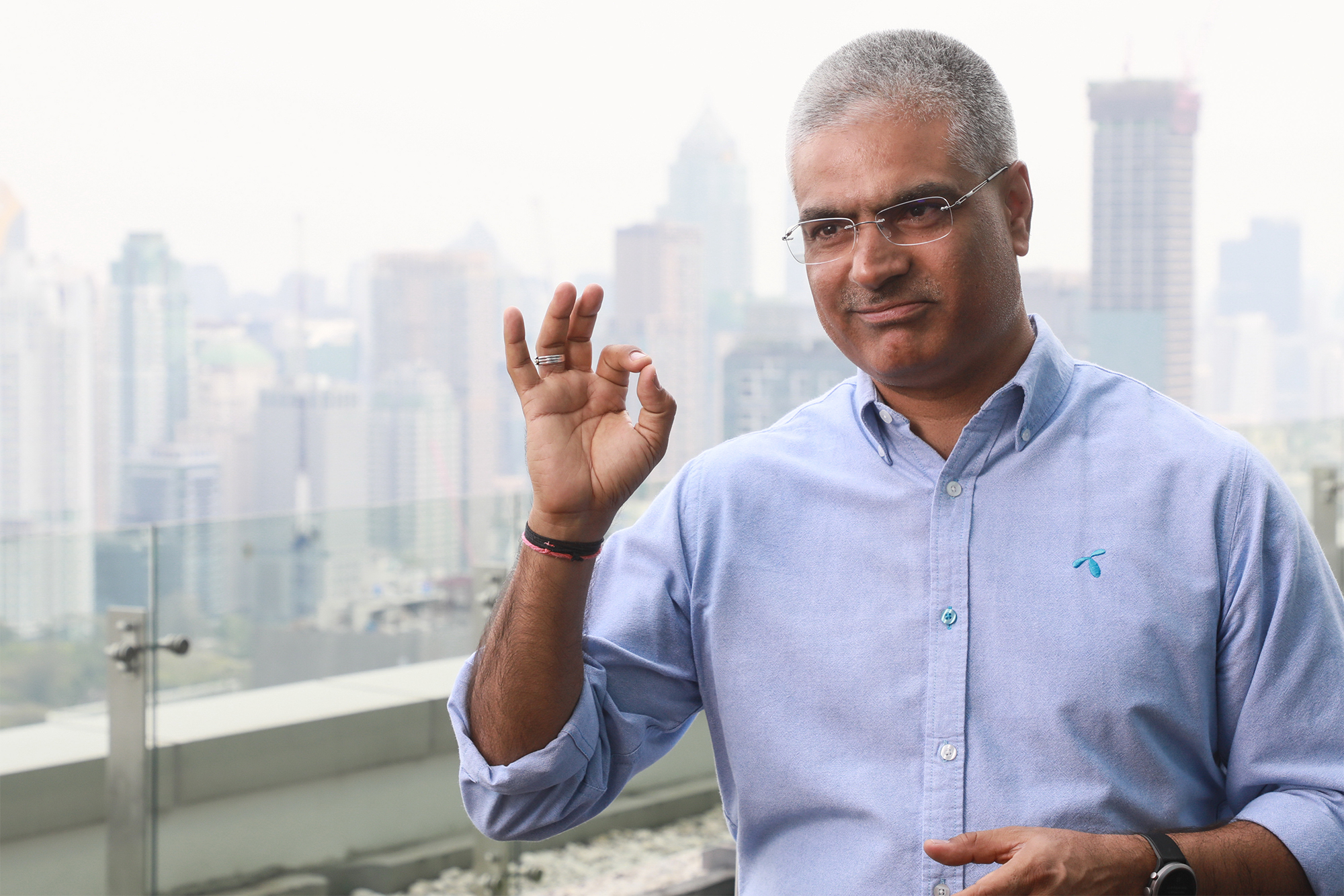 Despite his success, Mehrotra maintains a cautious humility about his market and attributes the joy of continuous improvement in customer satisfaction to why he has remained in the telecommunications industry for so long.

“The beauty of communications is that you’re constantly trying to do what customers like the most,” he says.

“While we may think we know it all, we have to learn from customers, because customers know it all. I liked that the most about the industry, and it compelled me.”

Keeping the customer first is Mehrotra’s top priority at dtac, as Thailand prepares to adopt 5G. He sees at least a full year or two before a full ecosystem around 5G will evolve, and says that the new spectrum will be more than about providing more bandwidth.

“5G is for IoT (the Internet of Things), smart applications, B2B (business-to-business) applications. It will require partnerships with industries from infrastructure to energy to really come out and produce value for our customers,” he says.

Mehrotra also notes that dtac has 11 GB of usage per customer in Thailand.

“I need to take it to the next level.”

What does the next level involve? In one year, Mehrotra says, he hopes dtac will have three times its current network capacity alongside a rollout of 5G services. Mehrotra believes dtac teams are agile enough to do so.

“Good teams are necessary for success, and people make the difference between winning and losing,” says Mehrotra. As for winning, caring about everyday performance is the key to victory, according to him. He is excited to meet more of dtac’s staff as he visits more regions across Thailand.

“I’m feeling happy with the team I have, and I really do not believe in change for change’s sake. When there’s something already good, you embrace it and move on.”

Mehrotra believes in sharing advice and best practices with his employees. In his previous stint at Telenor in Myanmar, he gifted copies of his favurite book – Robin Sharma’s The Monk Who Sold His Ferrari – to all employees, all on his own dime. 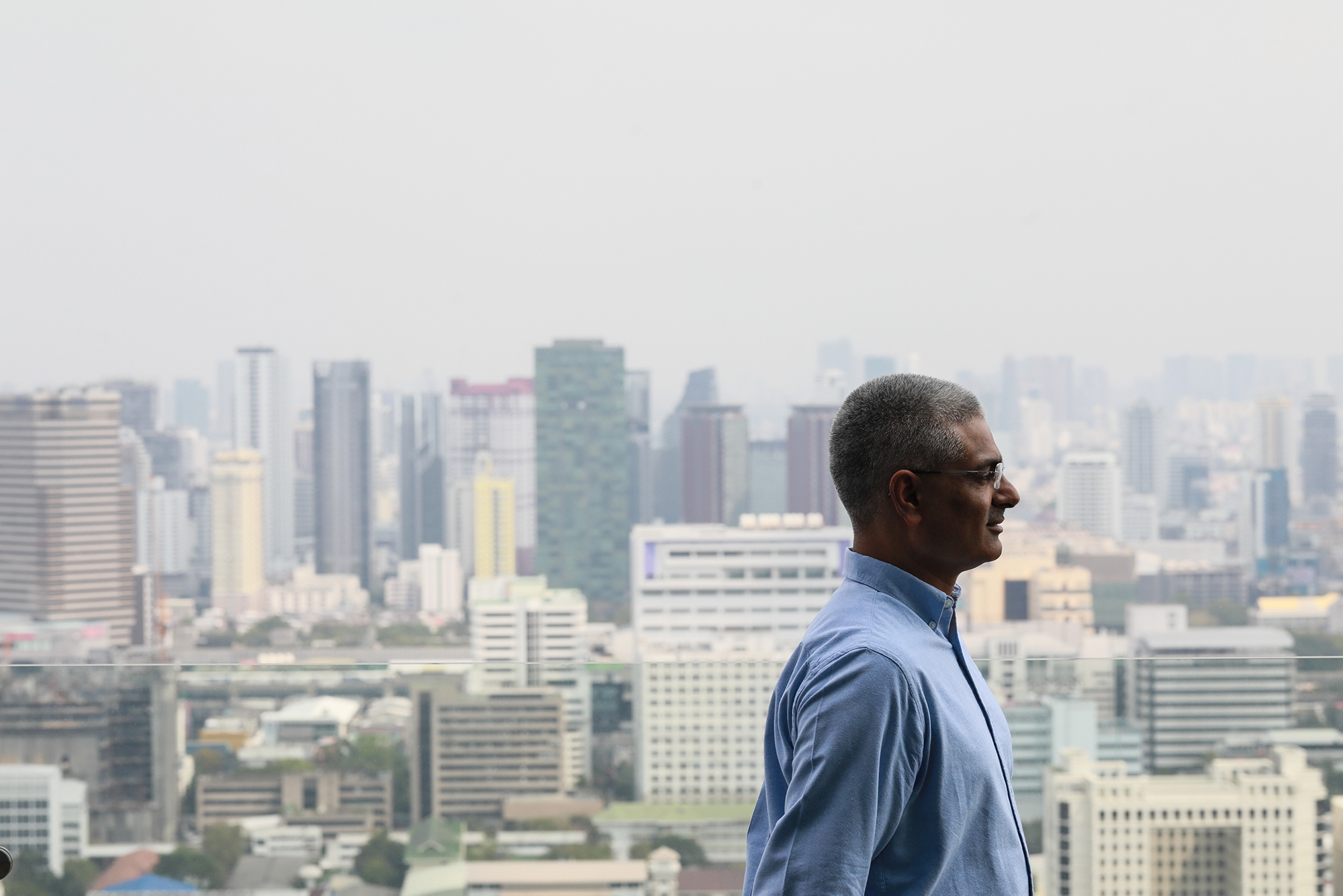 What does a busy executive like Mehrotra get up to in his free time?

“I don’t have much free time,” he laughs, adding that he’s always on the look out for or tracking innovative customer programs that companies across the world are initiating. But he enjoys yoga and the occasional long walk or run accompanied by music.

Asked about sports he plays, and he flashes a smile – “You know I’m from India. I like cricket! But I’ve picked up some badminton here.”

Mehrotra speaks a mixture of English and Hindi with his family at home. But after arriving in Thailand, he’s attempted to learn some Thai language.

“It’s difficult to pick up a lot of the (Thai) language, but I’m doing ok.”

Ask him to speak in Thai, and he responds cheerily: “Dee mak!”

Mehrotra’s local language acquisition is helped along by his daughter, who has studied in a Bangkok school for the last 6 years and can speak Thai.

“I tell my kids to be themselves. The world is changing very fast. You have to embrace change many times. Don’t get sad or happy, just keep on working. But when you are yourself and within your own competence, you can achieve anything.”

As for food, pad krapow gai is his favourite dish. “I love it for the garlic and basil – not very heavy – healthy, and tasty!”

“To my mind, dtac is a loved brand. You feel good whether you’re an employee or a customer of dtac. The company is built on emotional values.”

His advice to his colleagues? “Be yourself, continue to learn, upskill, and do whatever you think is right for yourself. Believe in your own game because you’re already doing quite good.”

Mehrotra has a message for customers as well:

“Thank you very much. We are truly blessed to have you in our network, as you give us as kick every morning to do better for you. Please keep giving us feedback, and stay tuned! dtac is going to offer you many rich services in the times to come.”