“They’re just playing. Don’t take it seriously.” If you grew up in a Thai school, chances are you’ve at one point encountered this line or something like it — from pupils and teachers alike. Sadly, an ignorance towards the toxic nature of bullying pervades Thailand’s education system.

Modern technology could hold so many keys to help spread a wider understanding of bullying and its consequences, but instead we see new digital spaces making bullying more widespread, and with less accountability. Online social platforms have widened the prevalence of bullying in Thailand to the point that it now sits in the top five countries with the highest number of reported cyberbullying cases globally, according to the Department of Mental Health.

Mr. Thanee Chaiwat, director of the Chulalongkorn Experimental Economics Center, has dedicated years of research to the problem. Last year, dtac commissioned Mr. Thanee to conduct a research study on cyberbullying behavior among secondary school students in greater Bangkok in a bid to understand the root cause of the problem. The move came as part of dtac’s ongoing initiative to advocate against and raise public awareness towards the risk cyberbullying poses to the nation.

Cyberbullying fits within a classic framework of power abuse that threatens the rights of the victim while distancing the perpetrator from responsibility. The anonymity of cyberbullying has only exacerbated the “I won’t get caught” mentality.

Thailand has fostered a collective culture of forgiveness, which stands as one of the principal traits of the nation’s predominantly Buddhist collective social conscience. Through forgiveness comes peace. But such an outlook denies victims not just an apology, but the potential for legal action. Further challenges stand in the way of Thailand’s struggle against cyberbullying, most notably the strict social class system and hierarchical structures that exist within Thai institutions. Compounded, these factors mean Thailand’s bullying culture is only growing. 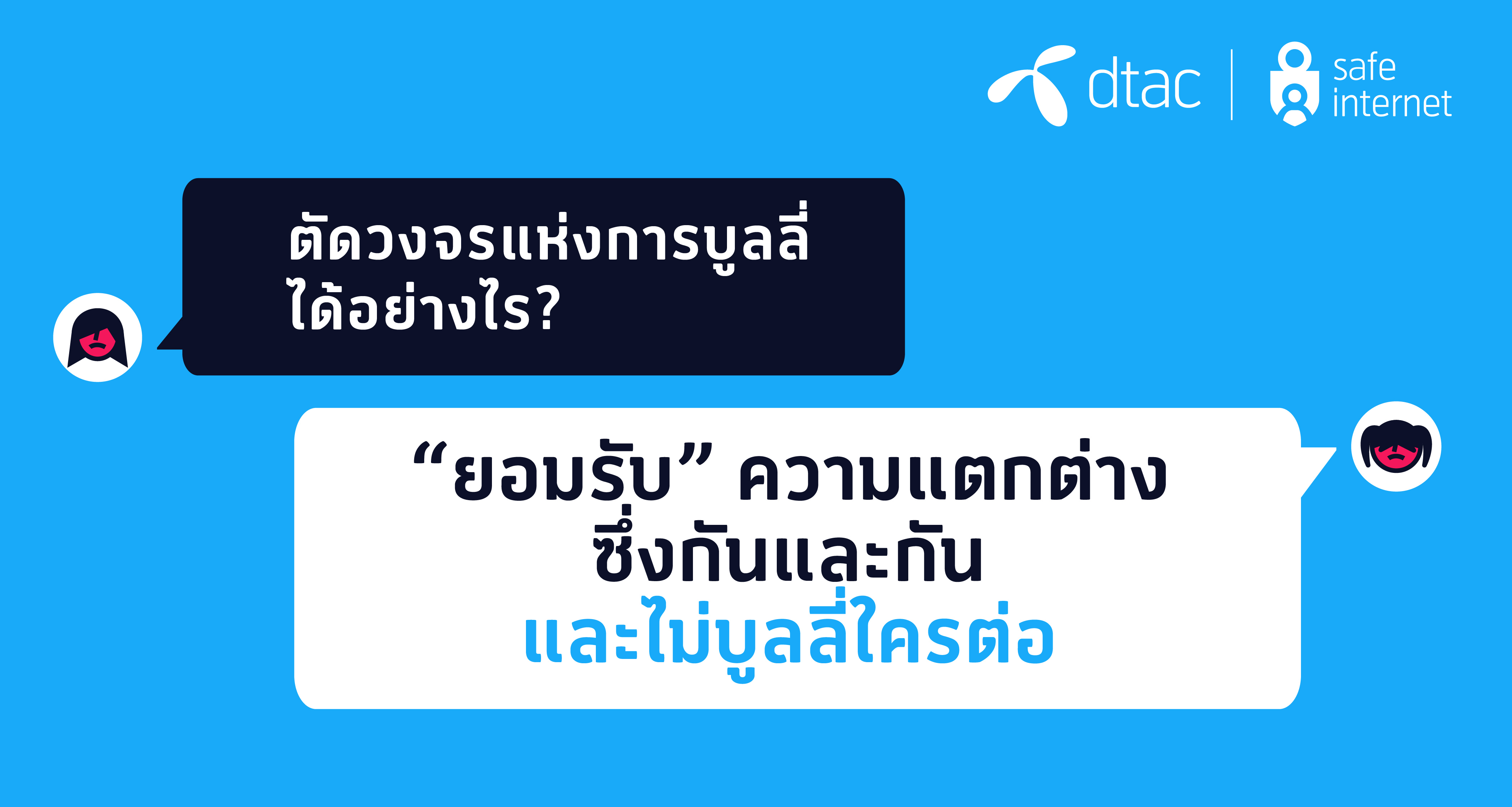 Bullying in the Thai context

Mr. Thanee highlights that there is a common misconception in Thailand that bullying is akin to lighthearted teasing — an affectionate mark of intimate friendships. The closer the relationship, the more comfortable you are to highlight or mock one another’s faults. These blurred lines in behavior have, according to Mr. Thanee, opened the doors not just for harassment, but also victim blaming. If the victim does not forgive, then they are the one who needs to alter their behavior.

Harassment, threats and humiliation should be cause for legal punishment, and yet instead we see a culture that demands forgiveness from the victim. Ultimately, without a disruption to the current attitude to both physical and cyberbullying, we will see Thai society become more dysfunctional.

Power in the digital arena

Social media platforms have revolutionized how we share our emotions. As platforms for social expression, they have moved what was once private into the public domain. But such freedom of expression also allows bullying to expand. The relationship between digital space, power and anonymity provides a complex mix where those who are the victims can in turn become revenge offenders.

Those studying the issue of cyberbullying have noted that the lack of rules and regulations guarding online behavior can ultimately make any social platform a space of violence. 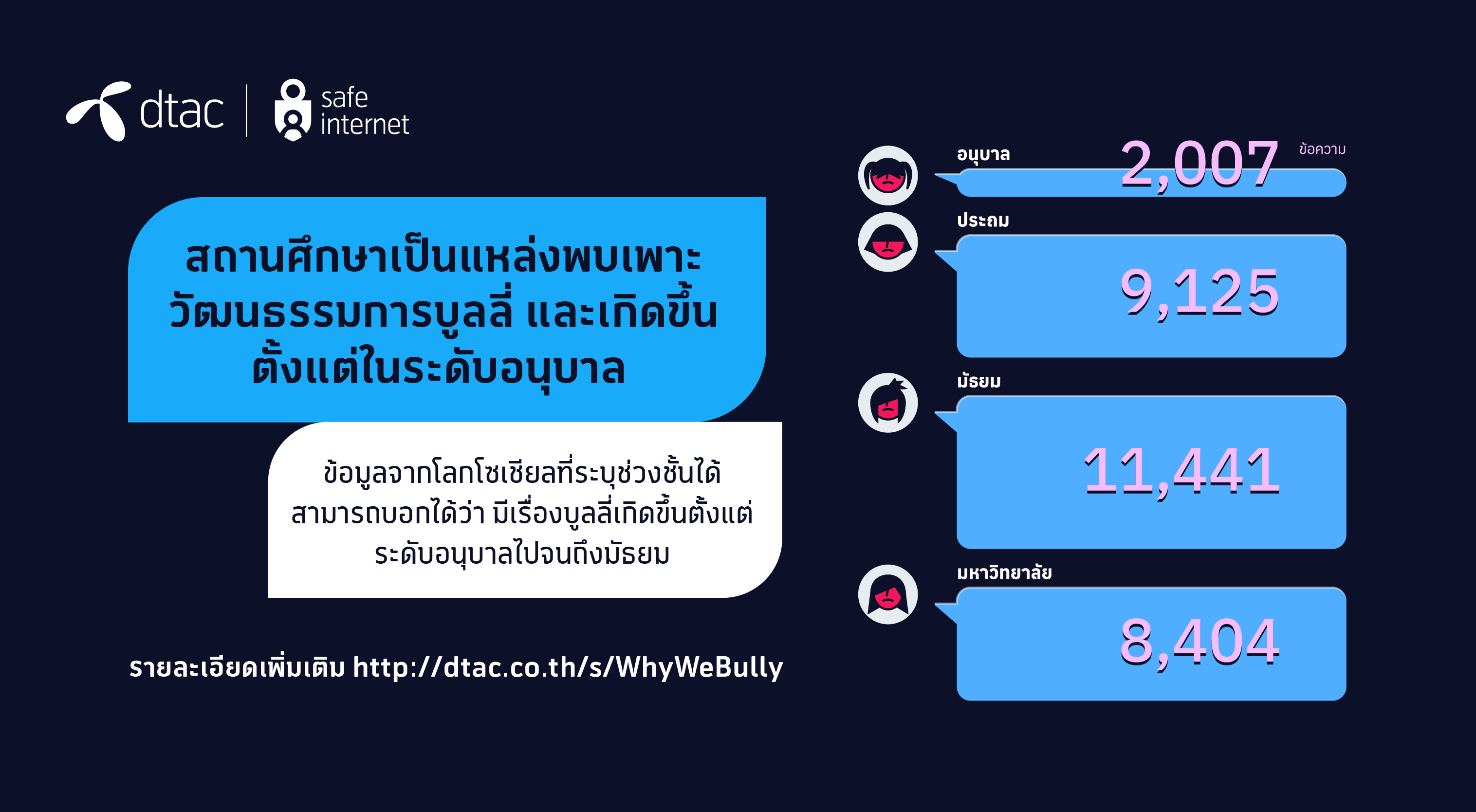 A culture of intolerance

Traditionally, educational institutions have been the fostering grounds that drive bullying behavior. From preschool to university, those who are seen as different will, according to multiple studies, become victims of negative behavioral attitudes. Such a culture of intolerance does not end when the individual leaves education. It is, according to Mr. Thanee, a root cause to Thailand’s lack of understanding regarding human rights issues, and the missing foundation on which diversity must be built.

The culture of intolerance is simply the tip of the iceberg to an enshrined social system that values class and identity above ability. Pooyai, or respected adults, ignore the toxic effects of bullying, as well as the structural problems it causes society. Whether it is a child suffering the indignity of bullying, or a perpetrator indulging in the irresponsible behavior of belittling their peer, we are witnessing contribution to an abusive power structure that pervades Thai news headlines.

Mr. Thanee’s research also highlights the role that parents and teachers play in normalizing Thailand’s bullying culture. Intolerance is very often rooted in ignorance. The study found that much of what its conductors identified as bullying behavior was in fact being practiced by parents, who considered their words and actions as lighthearted teasing. A culture where the child views him or herself as poo-noi (the inferior), while the adult is poo-yai (the superior) leaves no room to challenge these structures. If we do not educate and change the attitudes of both parents and teachers, Thailand has little hope for breaking its vicious cycle of normalized bullying.

“It’s difficult to address a very complex structural problem in society, which is related to power, belief and norm. It’s more hopeful to educate and raise awareness about the concept of diversity to our youth,” said Mr.Thanee.