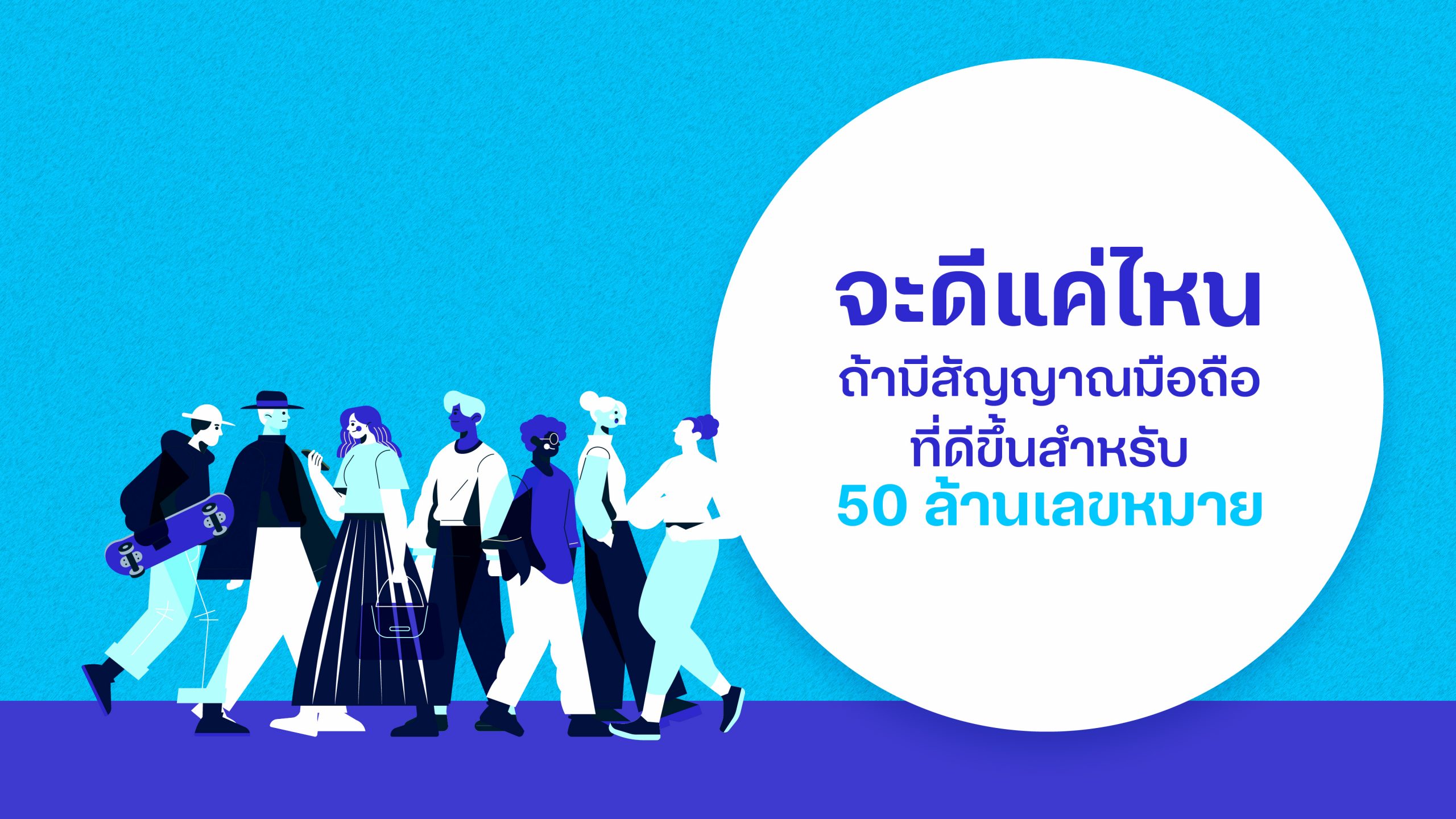 Currently, under the ongoing dtac-True amalgamation, the new company will raise user’s high-speed internet experience on 4G and 5G technology nationwide. After the amalgamation, with strengths from both companies, the new company will lead to wider network coverage and higher capacity. No matter who you are among our 50 million subscribers, from students, entrepreneurs, farmers, urban or remote population, to those using high-end smart phones or simple mobile phones, every customer in every inch of Thailand will benefit. 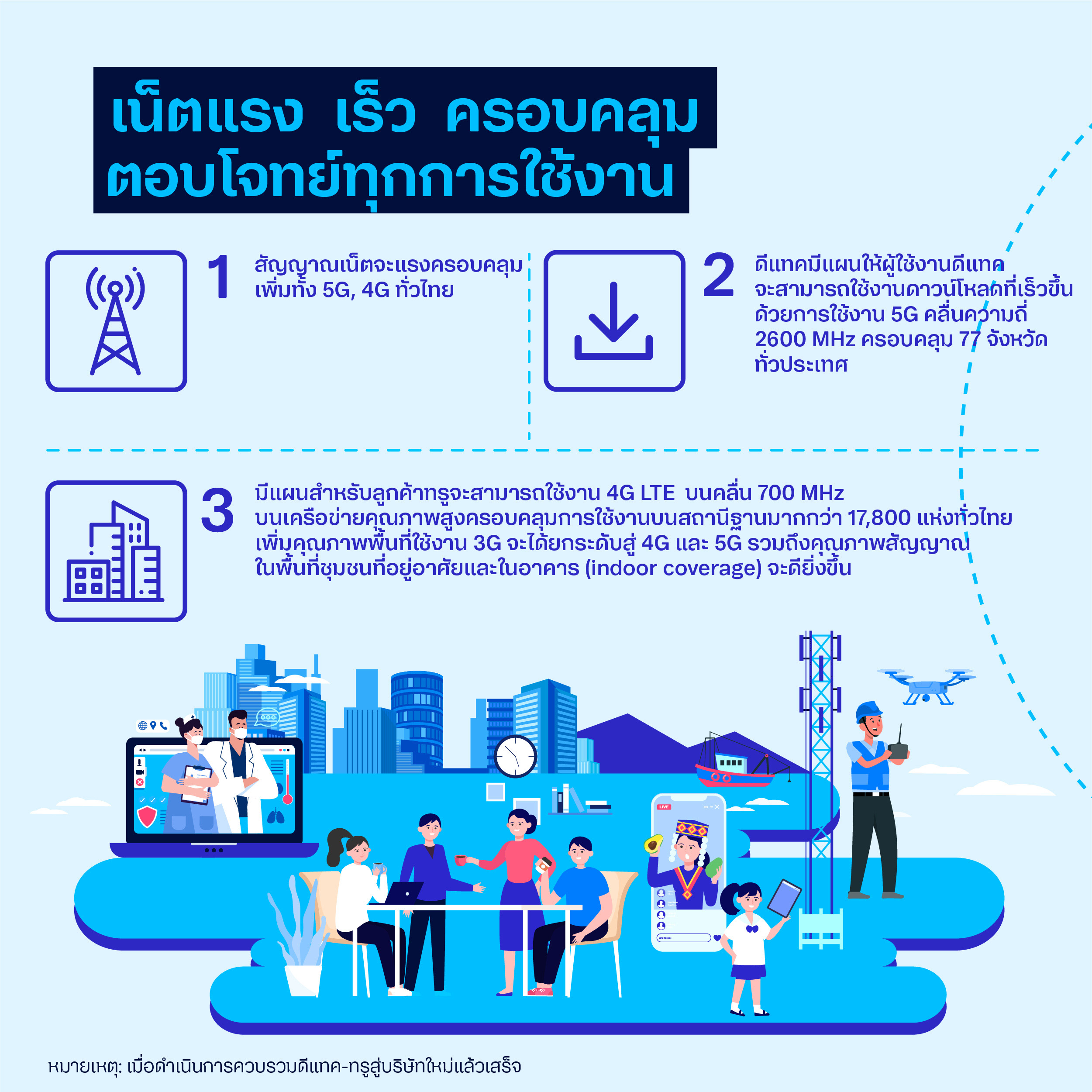 dtac aims to provide customers with ultra high-speed 5G network on 2600 MHz spectrum according to our plan after the amalgamation.

True also aims to offer customers 4G LTE experience on 700 MHz spectrum, the low band spectrum with the superior coverage in Thailand, with better remote and indoor connections according to our plan after the amalgamation.

Over 16,000 WiFi hotspots will be added nationwide*, providing connections in shopping malls and public spaces, allowing them to experience more than just 5G and 4G networks after the amalgamation.