This month, dtacblog conducted its “Lunch at the Top” interview with Prathet Tankuranun, the chief technology officer of dtac. His venue of choice sits high on the 26th floor of Chamchuri Square, on the same floor as dtac’s network operations center.

There is no fancy executive dining room on that floor. Instead, the venue was dictated by Mr. Prathet’s lunchbreak routine. These days, 15 minutes and a boxed lunch brought to his desk by his assistant is all he gets.

Mr. Prathet is a man on a mission, namely dtac’s “One Cell Site One Hour” rollout. His long workday starts at 8.30 am. At 7 pm sharp, while others are heading home, he begins a daily meeting with his network team. He then wraps up a few more loose ends and leaves the office at about 9 pm. 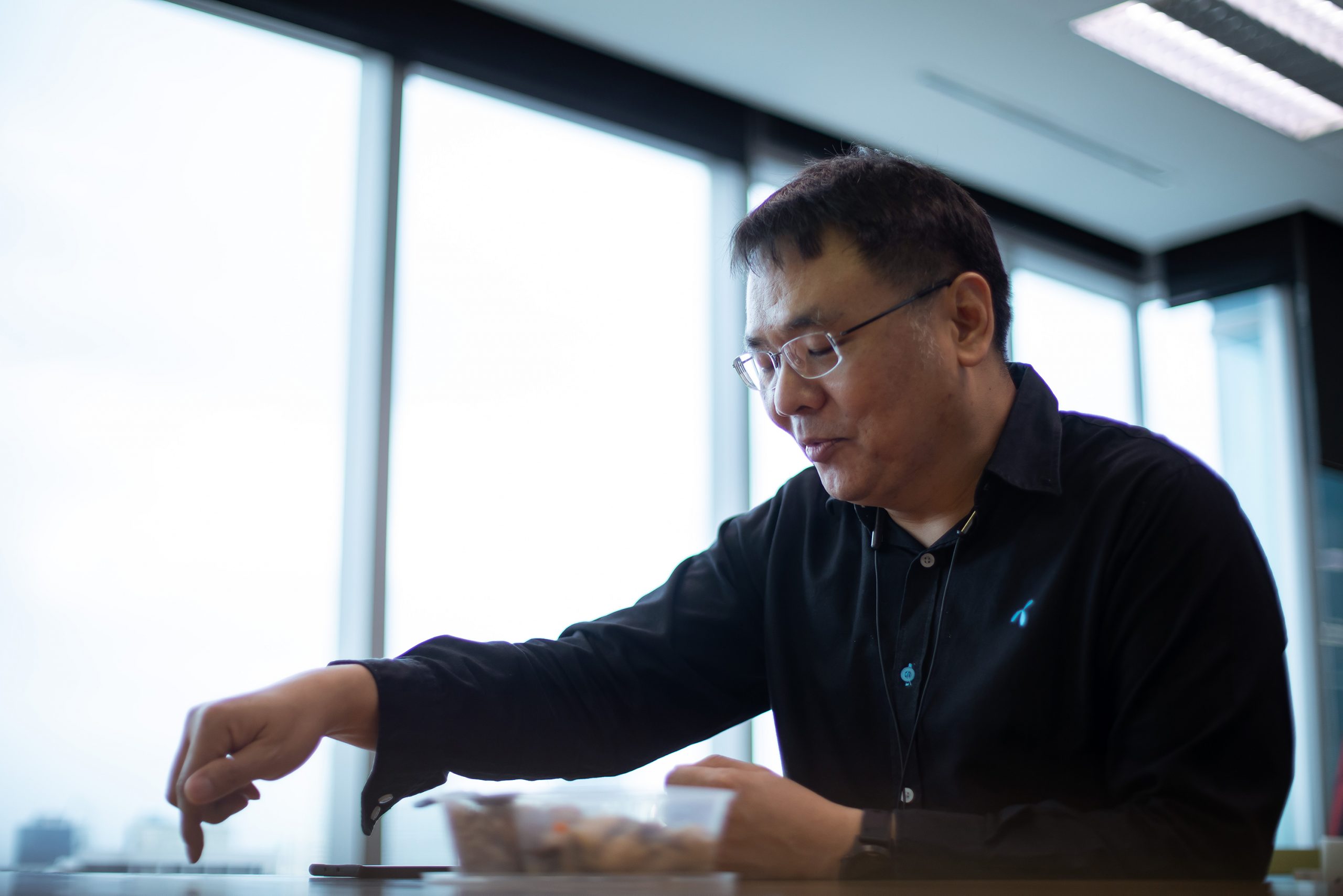 Given that Mr. Prathet spends more than 13 hours at his office, he has little patience for “death by PowerPoint.” Instead, he meets with his team in a table-less room where armchairs are arranged in a circle and participants are encouraged to speak frankly—and concisely. The business of network quality is always one of utmost urgency.

“Testing the performance of our network around the clock is not new. But we now have new tools, such as AI [artificial intelligence] and machine learning. Our Network Analytics team can detect irregularities that threshold monitoring fails to recognize,” Mr. Prathet said.

Believing its network-performance monitoring should be smarter than threshold monitoring, dtac has upskilled its network analytics team to develop more sophisticated monitoring algorithms. 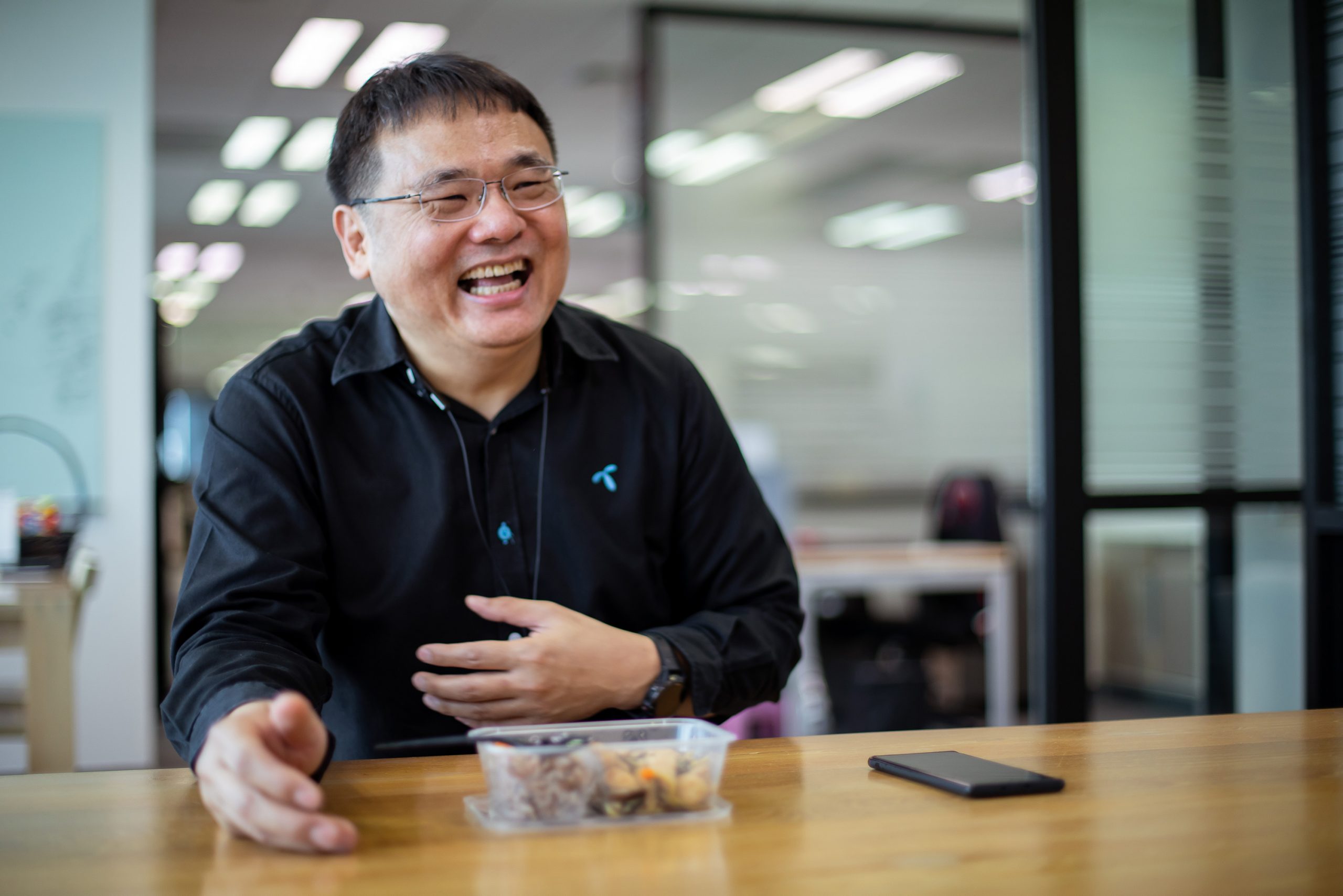 “As a mobile operator, dtac is dealing with massive amounts of data. But having data in hand alone is just the start. What matters is how we process it. For example, when we plan new transmission towers, we need to carefully analyze the usage in that area and prioritize where the sites can have the most impact,” the chief technology officer of dtac added.

In his view, the world is going to move at a faster speed with technologies having a shorter life span overall. In the mobile broadband world, 3G had a longer life than 4G. And 5G will have an even shorter lifespan. Tech developers have revealed that their research on 6G has already begun despite 5G still being in its infancy in the market.

This rate of change has a deep impact on how quickly skills become obsolete, making upskilling a priority of dtac’s technology chief.

“I think formal education’s role will reduce in the future—especially among tech people. Tech people must keep pace with fast-evolving technologies in network, IT, cloud computing, and middleware. Today, we need to realize that we must use information communication technology to never stop learning and to reach out to expert communities across the world,” he pointed out.

But will upskilling be enough for mobile operators to remain relevant? The past decade has seen technology giants like Amazon, Apple, Google and Facebook overshadow mobile operators. Mr. Prathet remains confident the telecom industry is an indispensable part of the digital ecosystem.

“In this fast-changing world, we just need to see our place in the digital ecosystem and identify our role. With that, we will visualize a sustainable business model. Over the next decade, we must ensure that our services are competitive, affordable, and satisfactory to customers. If we can do that, we will remain very relevant,” Mr. Prathet explained.

Mr. Prathet is also a dad to two children, Pan and Pavee. As a tech guy, he has encouraged his children to learn coding by doing. Yet, he has made sure his children get many offline experiences as well.

“My second child, Pavee, has surprised me with his keen interest in the US presidential elections. He followed the election news so closely, reminding me of how the world has been changing and has become increasingly connected at an accelerated speed. The only way for us to keep up is to never stop learning,” Mr. Prathet concluded.

Lunch at the Top