The COVID-19 outbreak in Thailand is again at its peak, with the number of daily new infections regularly breaking new records. The major challenge for Thailand is thus to achieve herd immunity with a mass vaccination campaign.

The Bang Sue Grand Station is the biggest vaccination center in Thailand. Operating under the Medical Services Department’s supervision, the vaccination center opened on May 24, 2021, for trials and began welcoming the public on June 7. The Central Vaccination Center has so far administered about 1 million doses of COVID-19 vaccines. 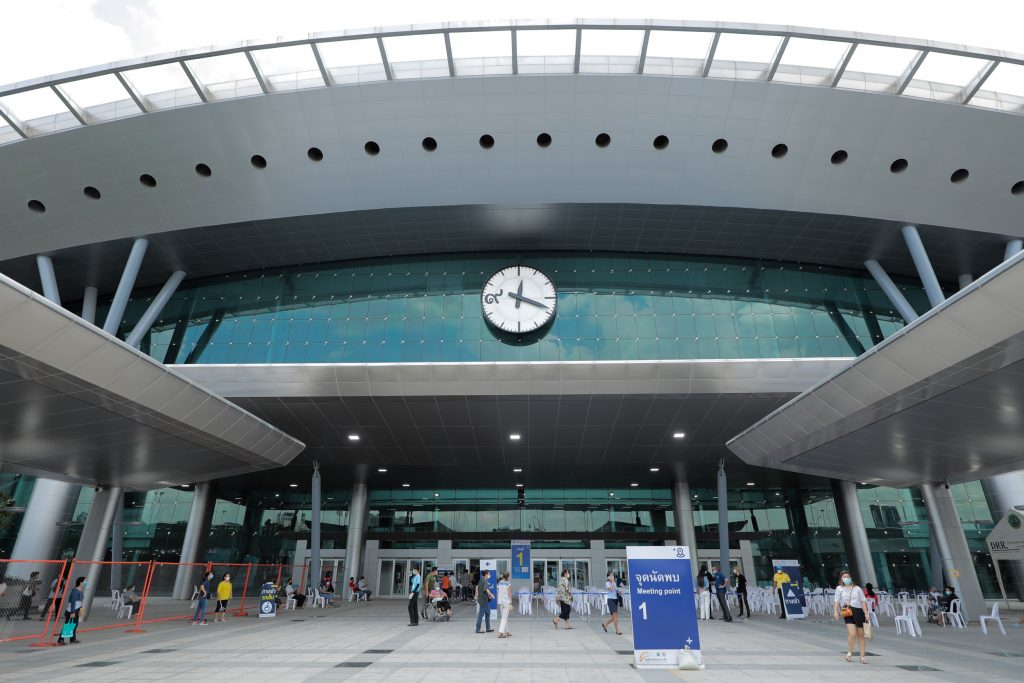 dtac joined hands with other mobile operators, AIS, True and NT, in supporting the government’s mass vaccination campaign at the Bang Sue Grand Central Station, by supporting vaccination registrations and welcoming customers on-site, as per the process laid out by the health authorities.

dtac opened its first round of registration to customers on May 27 on www.dtac.co.th and the dtac app. The platforms were well received, with users describing them as stable and friendly. To understand what happened next, dtacblog spoke with Sureerat Suwathawornsakul, who leads of dtac’s vaccination project. She shared the challenges the team encountered and the inspiration behind this mission to support Thailand’s fight against COVID-19. 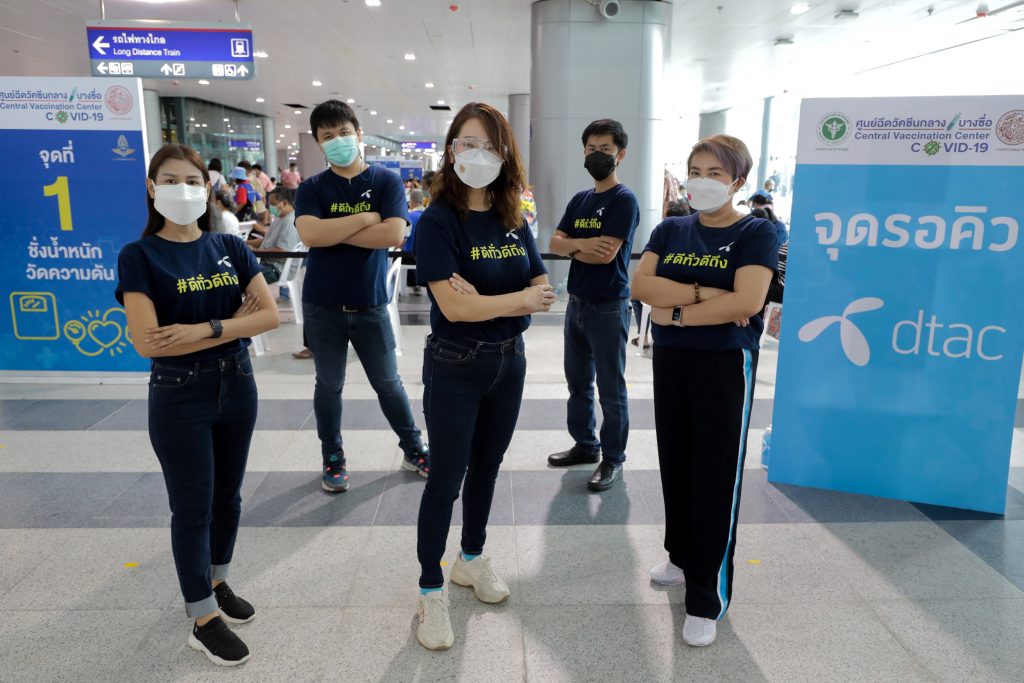 “At first, the Medical Services Department contacted dtac for support in preparing vaccination-appointment system as most Thais own a cell phone, and mobile operators can play a vital role in making the vaccination registration process more streamlined,” said Ms. Sureerat.

Operators have also worked to ensure customers would be supported upon arriving at the Bang Sue Grand Station, through screening and processing registrations. To gain access to the vaccination center, customers must present a QR code received at the time of their advance registration before being asked to fill out a vaccination-request form and undergo a blood-pressure check. They can then move on to the vaccination and post-vaccination observation services.

In the beginning, about 300 people turned up for vaccination per hour. However, after Delta variant triggered a serious outbreak, the number of people rose to 600 people an hour. Now, as infection rates continue to climb, the vaccination center has boosted its capacity to serve up to 1,200 people per hour.

Ms. Sureerat leads a dedicated dtac team on-site. Each day the team must help support people from all walks of life. A key success of the team’s operations is therefore having empathy and focusing on ensuring a smooth experience for everyone.

“We have to accommodate the registered people in a good and flexible manner, while ensuring that all protocols are followed,” she said.

The dtac staff has been serving people at the Central Vaccination Center for three months now. The staff needs to undergo regular COVID-19 testing, and always double mask and strictly follow all safety measures.

As Ms. Sureerat works closely with the frontline employees and health workers, she regularly shares official news about vaccination on her Facebook account and her friends now look to her for advice on the vaccination process.

“I have received queries from many people, even from people I don’t know, so I started sharing the official information about vaccines, which sometimes can be scattered. Because of the information I have shared, people can secure jabs for their loved ones such as their elderly parents or grandparents. I do it just because I want to help. But the results are very impactful and beyond my expectation,” Ms. Sureerat said. “In the face of fear and anxiety, it’s important you show empathy to others.”