Every 10 to 15 minutes or so, the room dedicated to dtac’s small and medium enterprise customers erupts in clapping and cheering. Each outburst represents a sale, which pops up on all the salespersons mobile devices as a notification, and on flat screens in their open space.

This celebration of small wins is just one of the initiatives brought out by Magnus Muller, who joined dtac in June 2018 as the head of its Small and Medium Enterprise (SME) division. Since then, the number of new SME subscriptions sold each month has increased by 220 percent.

“Many people are afraid to say they work in sales. People think sales is just a number, just money. I want us to be proud. I want to have that visibility. Every time we cheer, that’s an actual customer we’ve acquired and for whom we can make a difference,” says Magnus. “Celebrating makes us confident.”

Magnus also ascribes the team’s success to a heightened empathy for dtac’s SME customers: “I worked in an SME for 10 years. They have such a hard everyday life. They don’t have the resources and internal capacities. They have to do everything themselves: fix the Wi-Fi, clean the toilets, do the accounting. Their only concern is surviving and growing their business. We have to approach them in a fair, decent way, understanding their needs.”

To achieve this goal, the dtac SME team drastically simplified their portfolio, slashing the number of packages from 2,300 to a mere eight. They also removed pain points such as call time limits. And they made packages fairer. Not only do new customers and existing customers get the same deals, but it’s easy to change packages based on usage.

“If business slows down, or if on the contrary you’re in high-season, you’re not locked into a specific package. It’s a powerful message to customers that we have their best interests at heart,” says Magnus.

In the future, the dtac SME division wants to add even more services to support small businesses, and is already collaborating with partners like Krungsri to make it easier for them to get the support they need. Moreover, dtac Hall shop’s staff are now home to SME champions who can service these special customers with a higher level of expertise.

“There are about 3 million SMEs in Thailand. They account for about 45% of GDP,” says Magnus. “It’s a huge part of the Thai economy. Most people focus on bigger clients, big banks, clients like that. Those deals are what gets the attention and the headlines. But SMEs represent 3 million companies. With an average of at least 3 employees each, that’s 9 million people.” 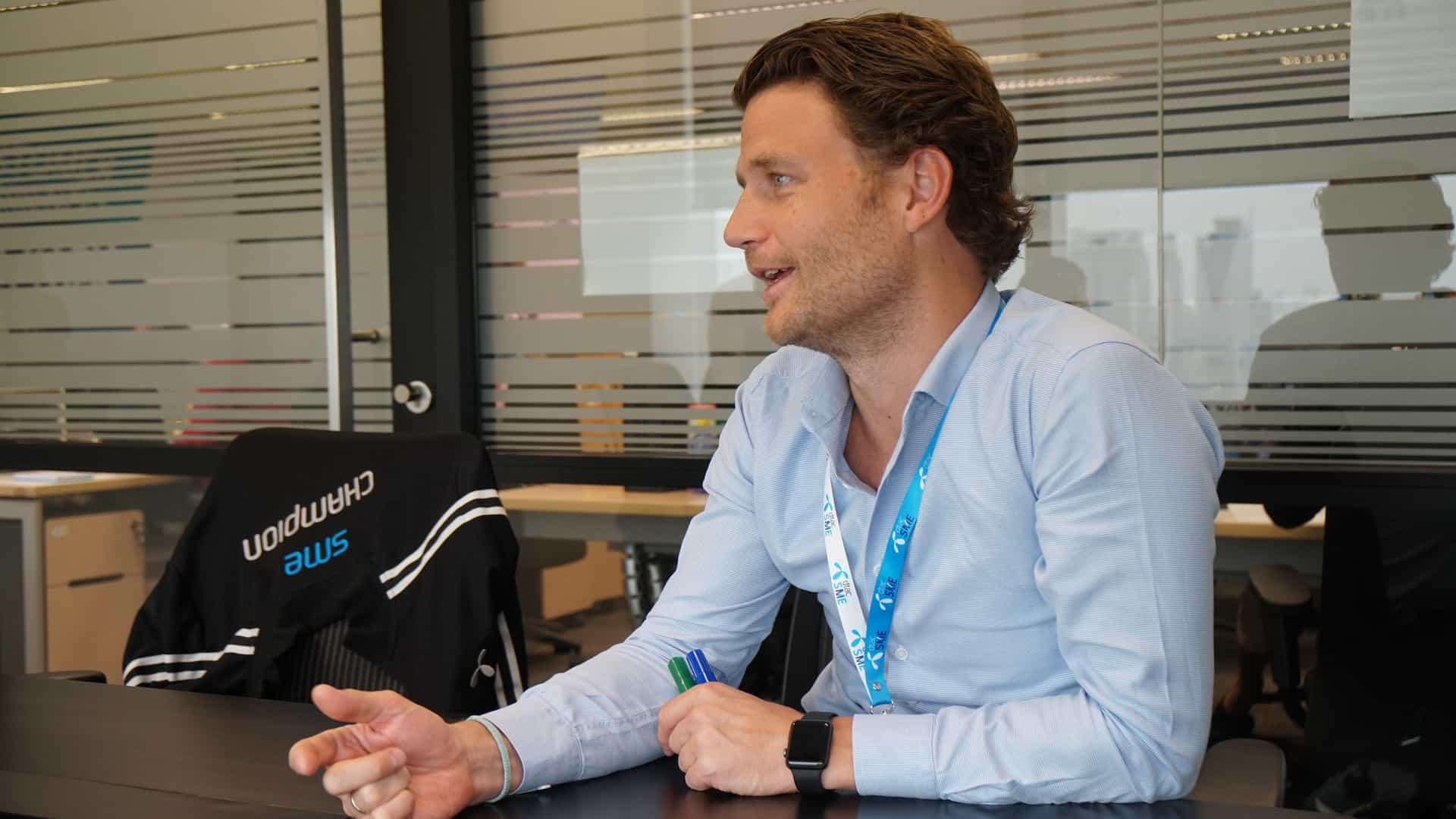