The spread of the novel coronavirus outbreak impacts people’s finances and lifestyles. Street food vendors and restaurants among those who are hugely affected during this difficult time due to social distancing measures.

dtac, as a member of the Samyan neighborhood’s community, is fulfilling our mission to connect people to what matters most by featuring the area’s most delicious foodie spots in the series #SaveStreetFood. 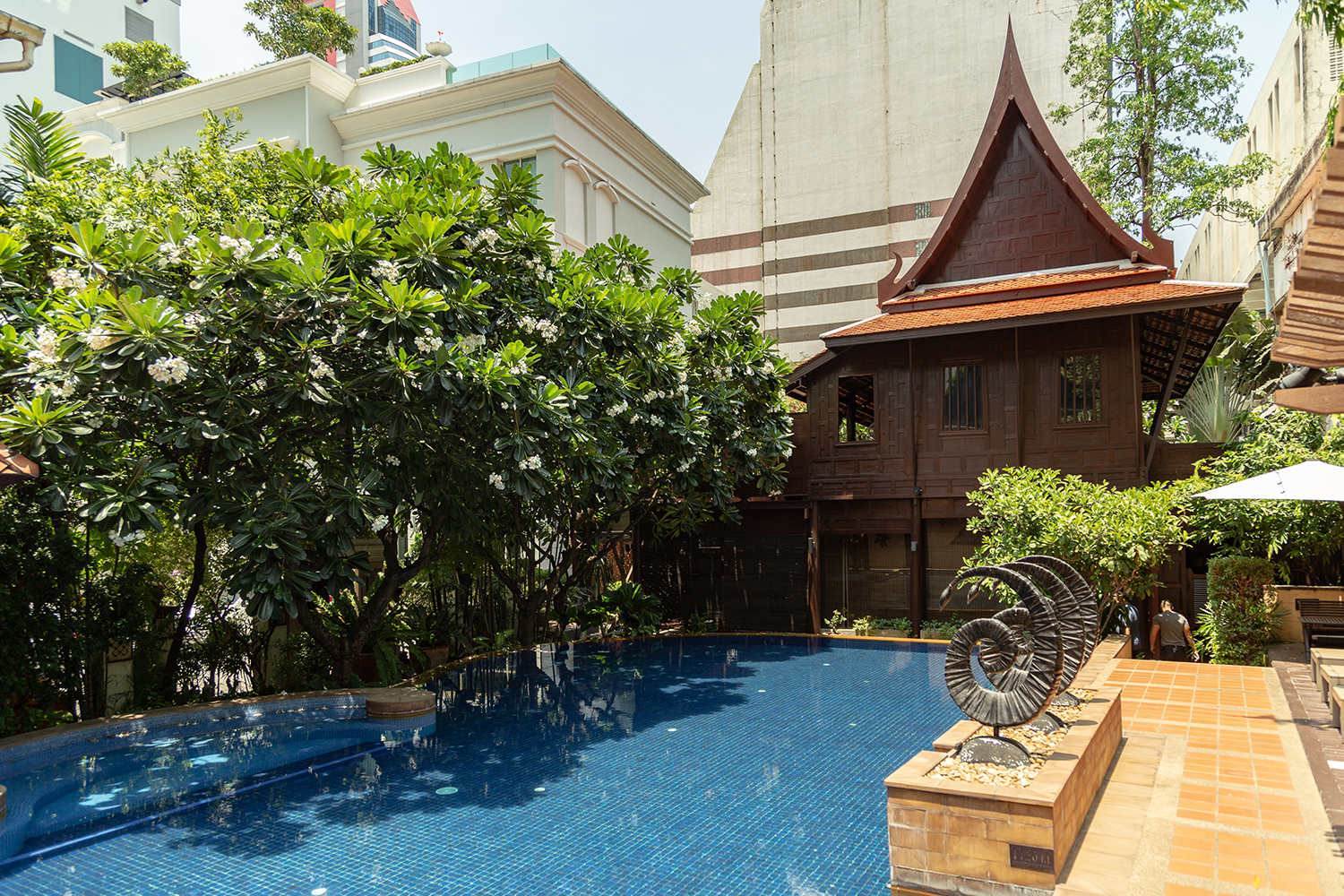 Ruen Urai may appear as an odd choice for our series. It serves fine Thai cuisine in an elegant ambience (Ruen Urai means House of Gold). But it too has had to respond to the COVID-19 crisis by whipping up boxed lunches at very reasonable prices—street food from a gourmet kitchen.

Located just a five-minute walk from the dtac headquarters at Chamchuri Square Building, the restaurant is an “oasis” hidden in the hustle and bustle of Bangkok. Surrounded by a small garden,

Ruen Urai itself is a century-old traditional Thai house, which was built in the central plains style with golden teak wood.

Woraset Vitayakul is the current owner of Ruen Urai. His family’s two-rai compound includes the Rose Hotel and Rose Residence in addition to the restaurant. It can be accessed both via the alley running behind Hua Lampong temple and from Surawong Road—a truly central Bangkok location. 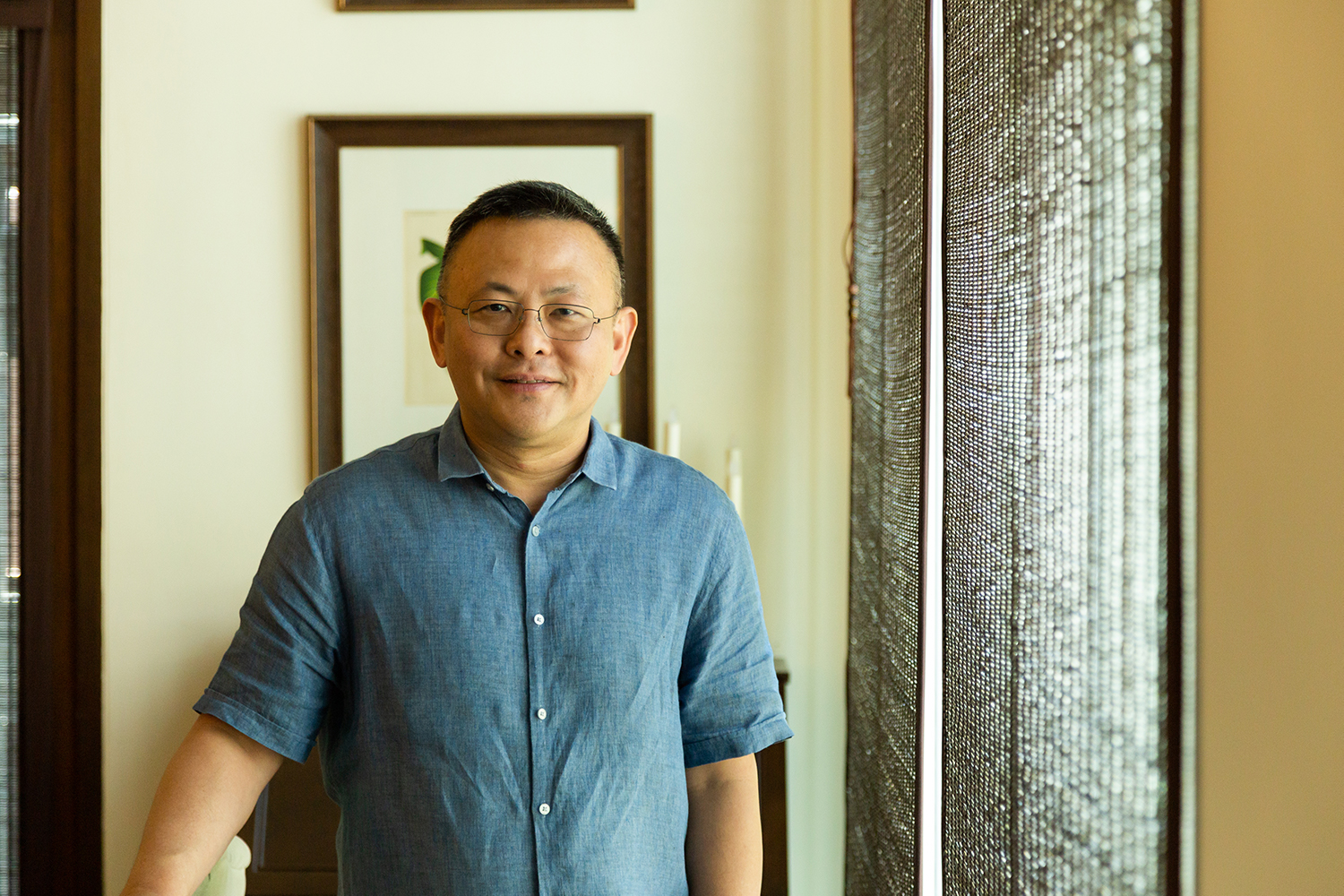 Originally, the site consisted of traditional Thai houses erected in the late 19th century during the reign of King Rama V, and is said to have been home to a herbal-medicine practitioner, possibly as his live-in apothecary. The wood pavilions had been declining for some time, leaving only the one that exists today, owned by Vitayakul family.

“Around 12 years ago, I lived nearby the compound and saw the decay of this Thai house. In 2016, I started the restoration project. The house was dismantled and all pieces were shipped to Ayudhya, a province of North Bangkok. The restoration project took around three years. During the time, we also had a plan to open a fine Thai restaurant, allowing foreigners to experience its former glory,” said Mr. Woraset.

Presently, the ground floor of the house is a comfortable, light and airy dining area, while the upstairs are exclusively open for special occasions, such as diplomatic receptions. It is also filled up with Mr.Woraset’s personal collection of antiques, such as an ancient record player, a gold-lacquered cabinet and rare coconut graters.

Ruen Urai’s gastronomic creations vary from royal Thai cuisine to refined home-cooking. The cuisine is filled with herbs and spices that are full of both flavors and medical benefits, cooked by chefs with decades of experience.

“I’d say our food is well designed for both local and foreign diners. We don’t compromise our exotic flavors and finest delicacies, allowing foreigners to get a glimpse of Thai gastronomy. This is the secret sauce that has our visiting guests coming back here again and again, whether they’re European or Japanese,” Mr. Woraset said.

Today, Ruen Urai is hard hit by the COVID-19 outbreak like all other restaurants. They have had to change from fine Thai cuisine to take-home lunch boxes in order to help its staff to survive.

“Our lunch boxes also represents a message of love to those struggling with COVID-19. Food is a form of aesthetics, a meaningful value of life,” said Mr. Woraset. “Although we’ve changed our food offerings to lunch boxes, our high quality remains. We cook box by box. In fact, what we’re doing, at 69 baht per box, barely covers cost. It’s mostly to let our staff continue to work. As I said, what’s more important is to pass people’s happiness through a form of food during this crisis.”

“Ruen Urai is there to preserve a small spot of Bangkok’s heritage. Come for a meal or just a drink, walk around the house to get a glimpse of what life in Bangkok once was like, a century ago,” Mr. Woraset added.