(June 19, 2020) – A research commissioned by dtac shows that Thai netizens have a higher risk of suffering from cyberbullying due to COVID-19-related lockdowns increasing online screen time by five hours a day on average. On Thai social network sites, 39 abusive messages are posted every minute. More than half of them are related to physical appearance, sexual orientation and personal beliefs. Face-to-face bullying starts in the classroom and escalates online, where teachers lack knowledge to tackle the problem.

In response, dtac announced a partnership with Plan International Thailand to enhance digital skills and diversity awareness among Thai youth.

Onuma Rerkpattanapipat, Head of Communications and Sustainability at Total Access Communications PLC or dtac, said: “Online hate speech has increased dramatically in Thailand. Messages on social network sites are full of hate speech. It reflects the lack of understanding and respect for diversity among Thai netizens.”

The new study on online hate speech and cyberbullying in Thailand commissioned by dtac showed that there were around 700,000 hate speech messages posted online from November 2018 to October 2019. Engagement features like ‘Retweet, Like and Share” further expanded the reach of these messages to 20 million users.

Around 36.4% of bullying messages on social media are related to physical appearance, followed by gender and sexual orientation (31.8%) and mentality (10.2%). The rest is about ethnicity, religion, personality, individual tastes, financial status and family.

The report also showed cyberbullying most frequently occurs at schools, from kindergarten to high school levels. And it is most common between classmates.

The study could only detect online messages that were posted publicly and using language recognizable by the software. But it shows cyberbullying is a rampant issue.

“Our findings are a wake-up call to take cyberbullying more seriously as the social network sites Thais use are full of offensive messages. Our youth can be both victims and offenders. Digital resilience is essential to combat cyberbullying, both now and in the future,” said Ms. On-uma. 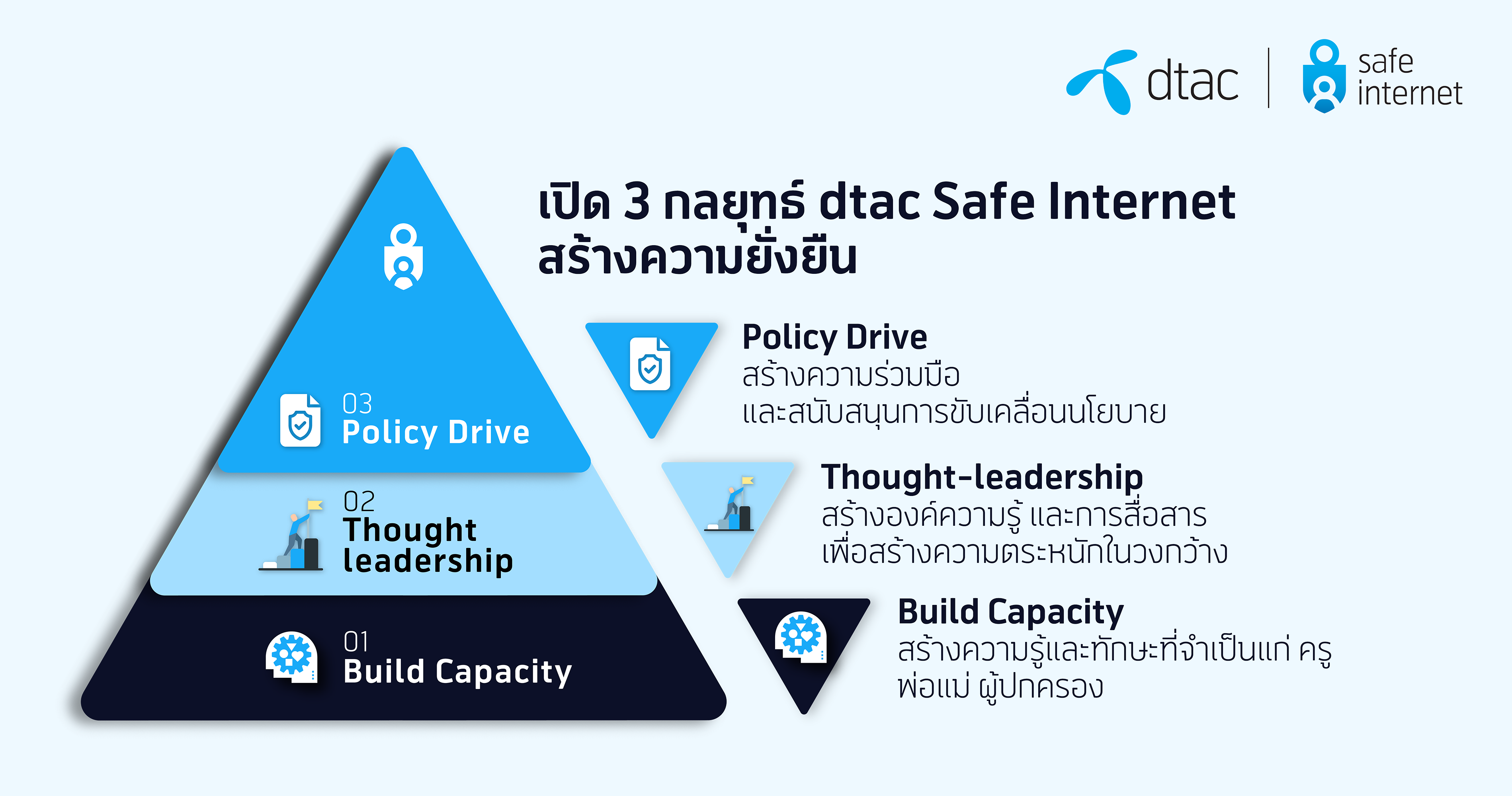 dtac’s research on cyberbullying is part of its wider Safe Internet project as per the company’s mission to provide mobile services that foster inclusion and empowerment. Since the start of the Safe Internet initiative in 2015, dtac has taught digital resilience to tens of thousands of young internet users, to ensure they can enjoy online spaces responsibly and creatively.

This year, dtac is marking Stop Cyberbullying Day (19 June) with a collaboration with data visualization agency Punch Up. The “Why We Bully” campaign engages with the public using the data from the Wisesight research.  via http://dtac.co.th/s/WhyWeBully

In addition, dtac is partnering with Plan International Thailand, a not-for-profit organization advancing children’s right and gender equality, to develop a curriculum called “Gender diversity to stop cyberbullying.” As almost two thirds of online abuse is on the topic of SOGIESC (Sexual Orientation, Gender Identity and Expression, and Sex Characteristics), the curriculum has the potential to greatly reduce cyberbullying. The program is currently being piloted in several schools in Northern Thailand before its national rollout. 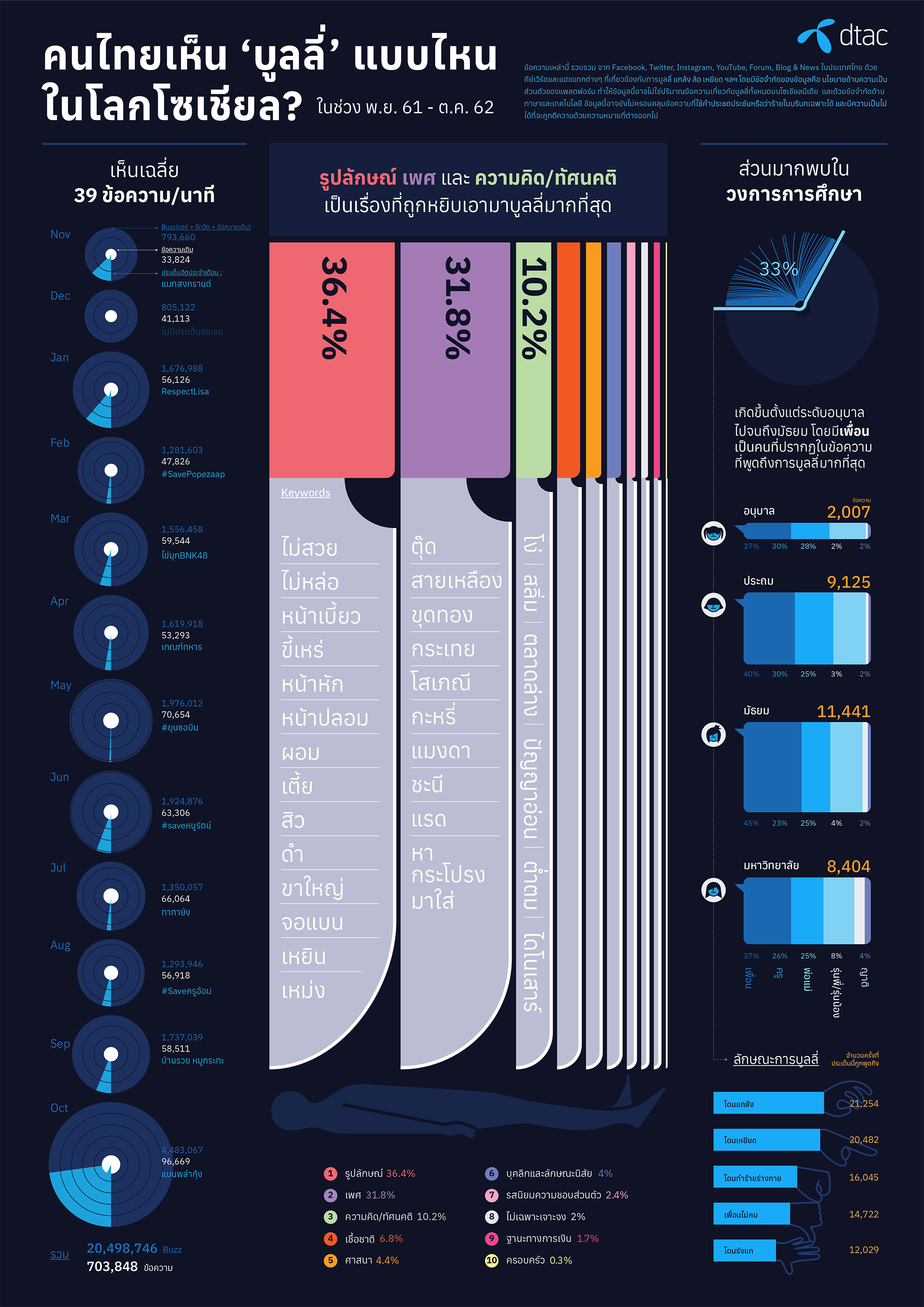