Myanmar’s migrant laborers often work the toughest, least paid jobs. They can at least take solace in knowing that, back home, the fruit of their hard work sends children to school and keeps aging parents in good health. But when Myo Min Oo left Myanmar, it was as a runaway teen. And his first years in Thailand offered no hint he would ever support his family, let alone become a sous-chef at Supanniga, a Thai restaurant which holds a plate in the Michelin Guide.

Myo Min Oo’s family had wanted him to finish high school. But all his friends left for Thailand, and he decided to follow them. “It nearly broke my father’s heart,” he says. “I was still young back then and just wanted to be with my friends. I was also curious about life in Thailand. But my family didn’t want me to go. The day I left, my dad cried.”

His family are Tai Yai, the second largest ethnic group in Myanmar, and live near the Mae Sot Border, where they run a small grocery shop and shuttle goods to and from Mae Sot. But Myo Min Oo’s mother is a 45-minute drive away and staying in touch proved harder than he had anticipated.

“They’re up in the mountains and there was no signal there. We had to write each other letters, or sometimes my mom would go to this place where you paid for a landline connection. It all made me terribly homesick,” Myo Min Oo recalls.

He remembers his first job delivering merchandise all over Thailand as grueling work, made all the harder because he spoke no Thai and couldn’t call home. But even when networks improved, he had other reasons to avoid getting in touch.

“I just wanted to hang out with friends. I spent a lot of my salary on drinking with them and had no money left for my parents. During those years I didn’t want to talk to them, actually. One time, my mom wanted me to come home because she missed me, but I couldn’t afford a bus ride. She had to send me the money. I felt so ashamed.” 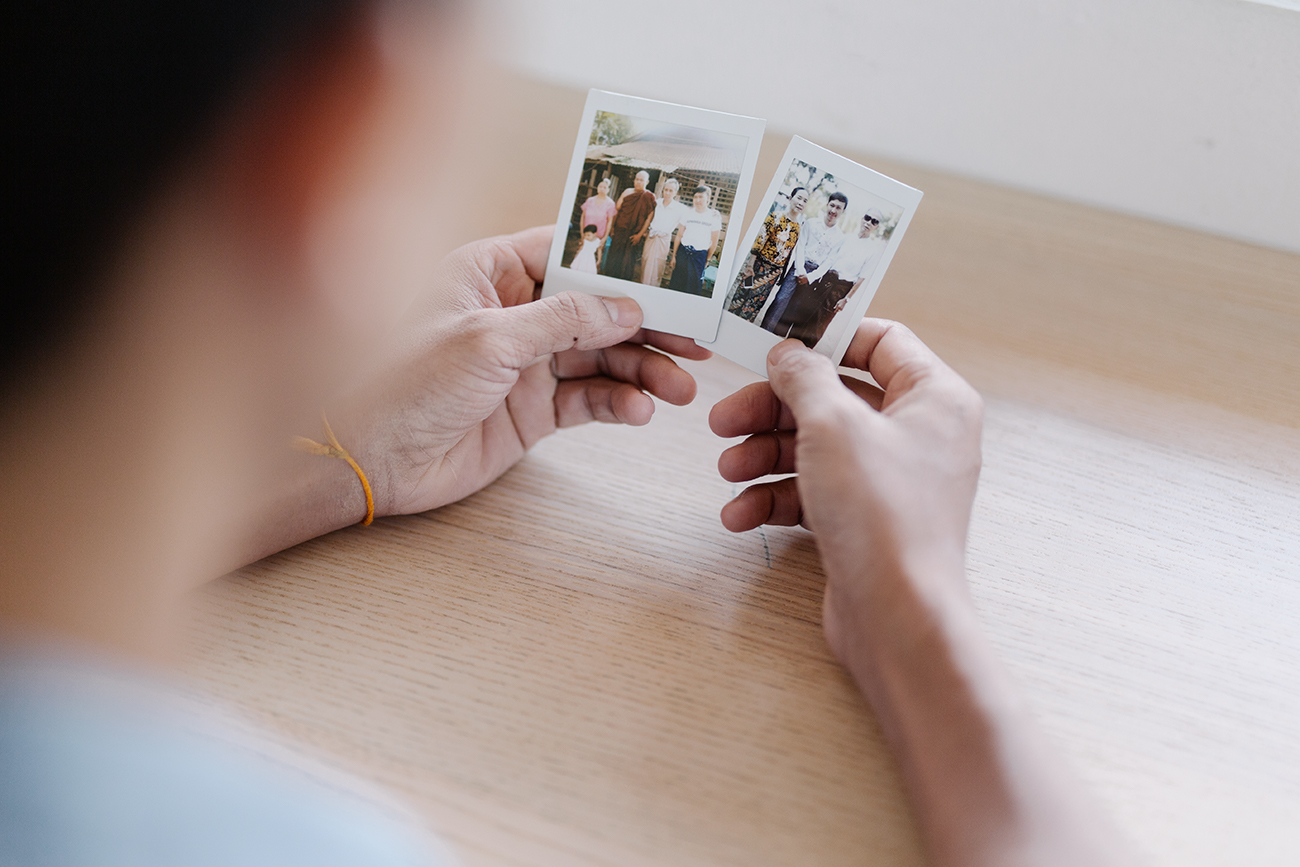 Myo Min Oo remembers the precise moment he decided to turn his life around. It was during Songkran and he was completely penniless, so he had to share a bowl of instant noodles with a friend. That’s when he quit his job and managed to get into Supanniga as a steward—the lowest rank in the kitchen brigade system.

“When I received my first month’s salary, I sent it back home,” he recalls. “At first they couldn’t believe it. They thought I did something illegal. Not only that, but over the next five years I moved up to kitchen assistant, cook and eventually sous chef.”

Now Myo Min Oo and his family are in constant contact, either through status updates on Facebook or video calls. And he has been a dtac customer for almost a decade.

“Back home my family use Telenor. Here, I’m a dtac customer. All my friends also use dtac. I think dtac is always getting better. When I use it in Mae Sot, the signal works fine. They offer good promotions and packages, like free internet data and unlimited calls. It’s easy to choose the right offer for me as all the information they send is in Burmese.”

He also visits his family three times a year. Not only his mom isn’t paying for the ticket anymore, but he cooks Thai food for everyone when he gets there.

“I make them creamy tom yum kung, stuffed omelets, or any other Thai dishes they’ve never tried. We are a big family, and they all love my food. And now my parents believe I actually work in a restaurant!” he adds with a laugh.

Although he still works hard, Myo Min Oo is thankful that his boss gave him the opportunity to prove himself in the kitchen. And his parents don’t regret his life decision anymore.

“When I got promoted to sous chef, I called my parents right away. They were happy for me but also sad because we don’t get to live together. When I’ve saved up enough money, I will go back to Myanmar and open my own restaurant there,” he says. “I never thought I would have made it this far. And I don’t know what the future will bring, but I’m trying my best. I just want to keep moving up and up.” 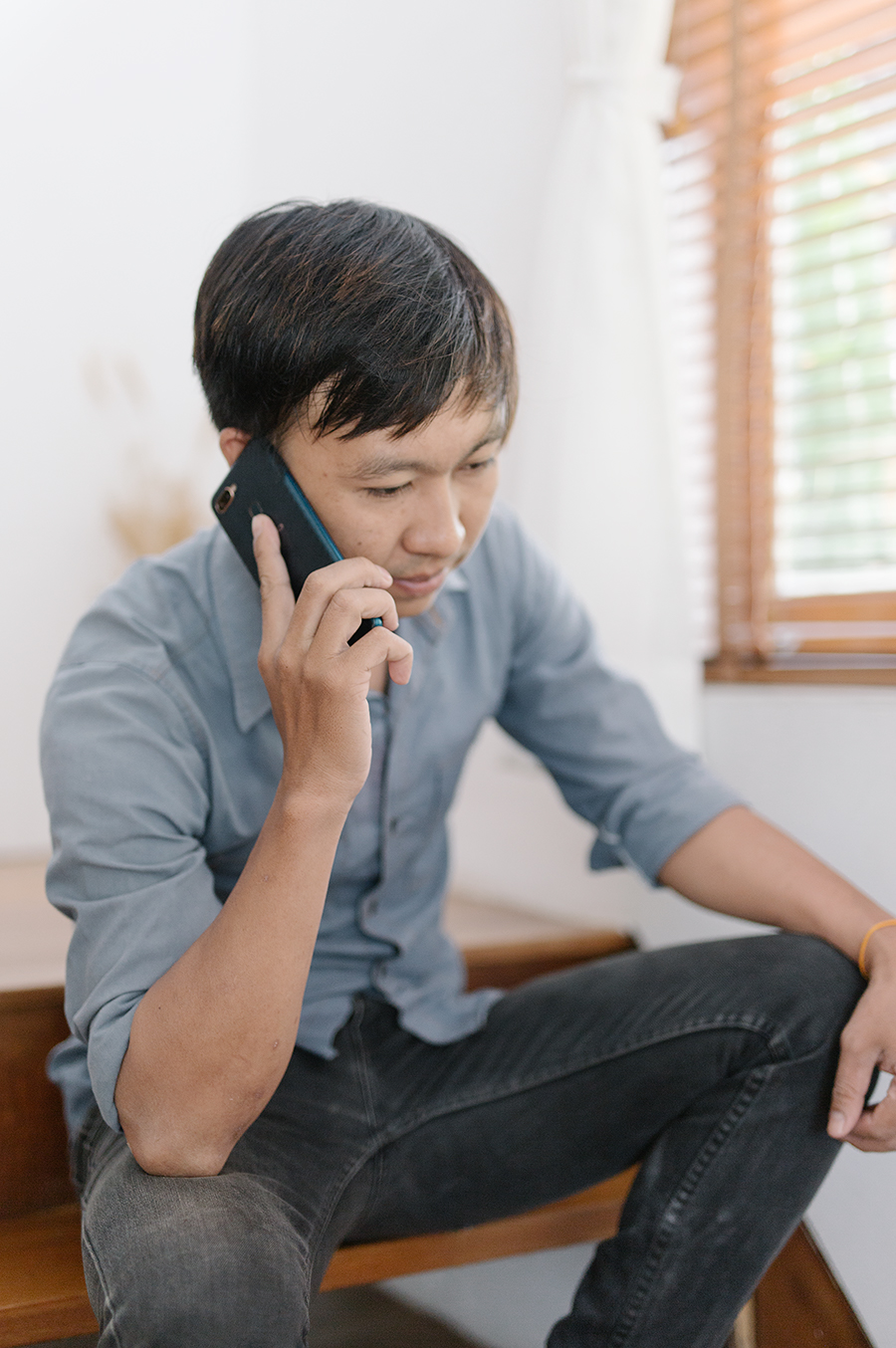