“Take nothing, get nothing, but bear the brunt” is a common Thai saying. It refers to situations in which people receive no benefits from their involvement, but instead suffer all the negative consequences. This saying perfectly encapsulates what happened to Suwimon “Dear” Suk-udomchokechai. 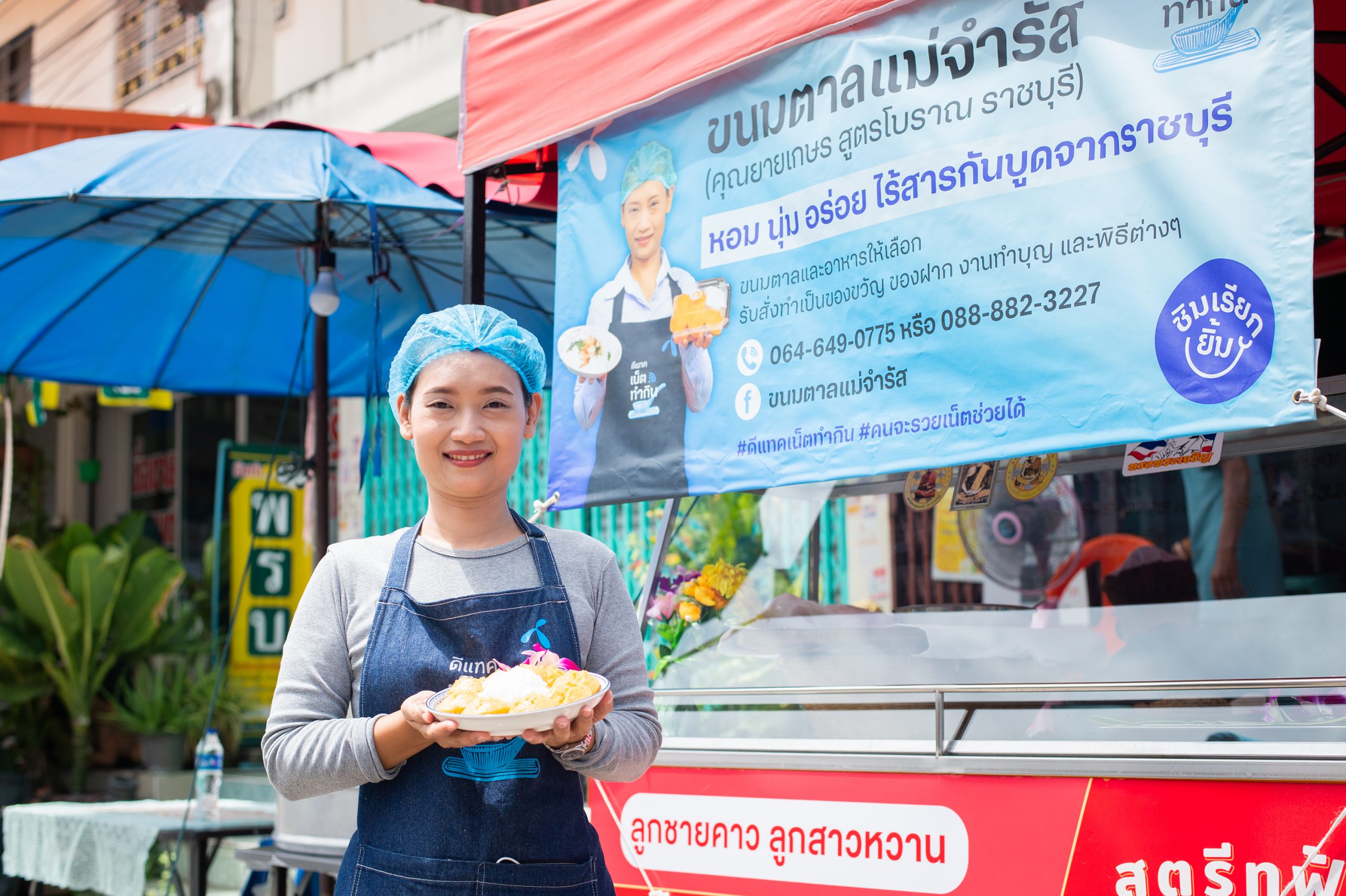 A few years ago, Ms. Suwimon worked as a teacher at a small primary school. But when the accountant resigned, certain school executives requested her to take on accounting duties on top of her teaching load, and she agreed. She certified certain key documents as part of her new role. But due to her implicit trust in the school executives, as well as her fledgling accounting knowledge, Ms. Suwimon soon unwittingly became party to corrupt dealings.

Irregularities in the school’s accounting papers began to surface in late 2016. A probe identified Ms.  Suwimon as the person who certified the documents under investigation. She was charged with embezzlement and was convicted in February 2019. Her sentence could have been as long as 48 years, but being a first-time offender who confessed to her accidental crimes, she was sentenced 20 years – a daunting prospect nonetheless. 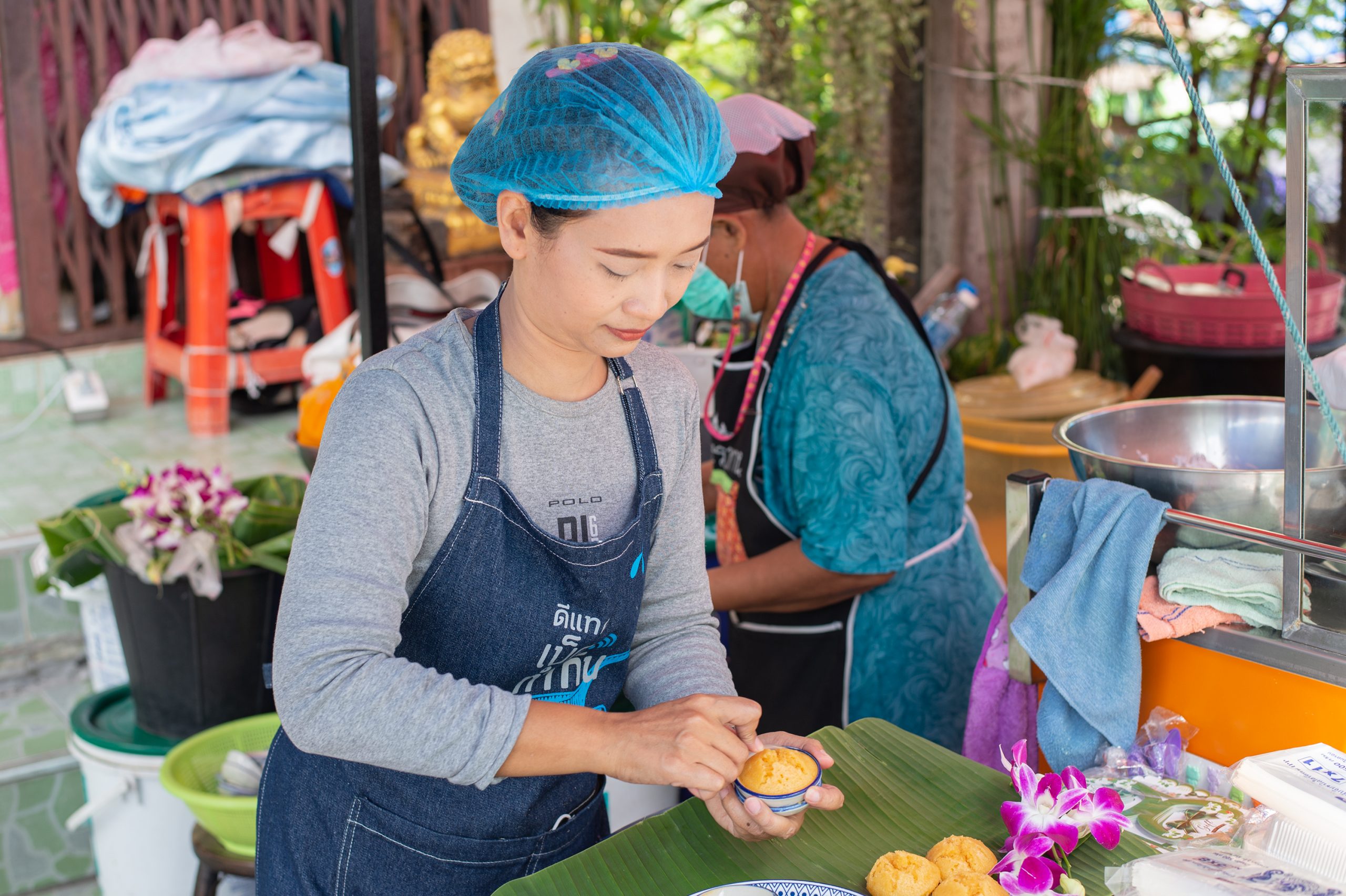 To make matters worse, during her admission to the Central Women’s Correctional Institution, Ms. Suwimon discovered she was two-months pregnant with her second baby.

“Back then, I vomited a lot. Still, I didn’t think that I was pregnant. But the medical unit in front of the institution gave me a health check and a nurse told me ‘Congratulations! You are two months pregnant’,” Ms. Suwimon recounts. “I can’t find the words to express how I felt in that moment.”

“When I first entered the prison, I was very scared. I had never done anything wrong. I had never lived behind bars before,” Ms. Suwimon recalls. Fortunately, she was lucky to find supportive prison staff who helped her adjust, as well as a group of good friends among her fellow inmates.

“And because I was pregnant, I tried hard to adapt to my new situation quickly, as I knew any emotional stress could affect my baby,” Ms. Suwimon adds.

She finally gave birth while serving her term, and for the first two months, she breastfed her child at the prison too. Eventually, Ms. Suwimon’s mother and younger sister submitted a request that the baby be taken out of the prison, and the request was approved.

“Of course, having my child by my side empowered me. But I knew this was for the best,” Ms. Suwimon explains.

Still, Ms. Suwimon could not hold back her tears upon sending her child away. She continued to cry for several weeks after the handover, and it took her quite a long time to overcome the pain of that separation. To add insult to injury, the subsequent spread of COVID-19 placed heavy restrictions on outside visitors.

“Under normal circumstances, prisoners would be allowed to receive a visit once every month. But during the pandemic, I could only exchange letters with my family. I was constantly worried, but I did my best to be brave. Life had to go on,” Ms. Suwimon says.

As it turned out, COVID-19 carried an unexpected silver lining for Ms. Suwimon. The evolving public health situation, coupled with her good behavior in prison, made early release possible. In the end, Ms. Suwimon was incarcerated for just two years and four months.

“I was informed of my early release six months in advance. When I signed the related paperwork, I was super excited. During my prison term, I had served as a teacher for non-formal education, so I also shared the good news with my students, who were also very glad,” she says.

Digital Skills For a Fresh Start

Once out of prison, Ms. Suwimon was of course overjoyed to be reunited with her family. But she could not help feeling worried. She knew reintegrating into society could be difficult. She decided to continue with her mother’s business, Mum Jumras’ Toddy Palm Cake. “The signature product is the steamed cake based on the recipe of Grandma Gaysorn from Ratchaburi,” she explains.

At first, Ms. Suwimon thought it would be easy to run a small business. But things were not that smooth.

“Being released from prison means a new beginning. But it’s very important for formerly incarcerated people to have some capital,” Ms. Suwimon explains. “I am lucky to have a supportive family and friends by my side. Organizations such as Thailand Institute of Justice (TIJ) also stepped in to help. TIJ provided me with the initial capital to start my stall, as well as equipment such as a cart, a tent and a parasol.”

Although Ms. Suwimon learned how to make Thai desserts from her family, she needed other kinds of knowledge to adjust to the digital age. She needed skills such as digital marketing, social media content creation, product photography and more. She soon signed up for a training with dtac Net for Living.

“dtac Net for Living has taught me everything from creating a Facebook page and uploading a profile picture, to product presentation and photography. After I completed the training, I created the Mum Jumras’ Toddy Palm Cake Facebook page. I have kept in touch with my dtac coaches too. Whenever I run into a problem, I can consult with my coaches,” Ms. Suwimon says.

After familiarizing herself with the digital world, Ms. Suwimon joined the #TasteforSmile project, a collaboration between dtac, TIJ and Robinhood. Such experiences have increased her confidence. Through online platforms, she has gradually expanded her community who provide not only support but also income. The followers of her page have warmly welcomed her products, emboldening her to begin offering a greater variety of desserts.

You can buy Mum Jumras’ freshly-steamed toddy palm cake and Thai-style banana cake with coconut filling from the brand’s first branch at Arunthong 3 Village, its second branch at Wat Chimplee Morning Market, or through its Facebook page: https://www.facebook.com/Mumjumras

How one former prisoner is changing lives with her online bakery