Due to their underdeveloped emotional maturity, children are far more impacted by cyberbullying than adults. As such, young people are the target group requiring the most vigilant protection and remedy. At the same time, educating children needs to be fun and age-appropriate. These concerns led to the development of Bully Fighter. A creative and fun board game, it plays similarly to Monopoly with game play progressing via dice-rolling and obstacles. In this game, the obstacles involve bullying scenarios where players have to explain how they would get themselves out of those situations. The role-playing component encourages players to understand and learn how to handle cyberbullying, yet still enjoy themselves while playing a game.

Bully Fighter is the brainchild of four students – Pich Paholpak, Nanpawin Teeranangsu, Sanhanat Phanichnantanakul and Jeerun Wechapinan. – who participated in the Young Safe Internet Leader Cyber Camp Season 3 back in 2021. It was organized by dtac Safe Internet and Telenor Group in collaboration with Plan International (Thailand). These students had previously participated in the Paper Ranger volunteer project which upcycled partially-used A4 paper into handmade notebooks for underprivileged children upcountry. The project mascot, “Paper Ranger”, was a hero similar to superheroes in pop culture.

The four started their board game development by brainstorming issues, questions, and answers appropriate for the situations in question. The game they designed is suitable for all ages and genders and can be played as often as the player wishes. The more they play, the more they think and learn about cyberbullying, and the better they get at handling it. 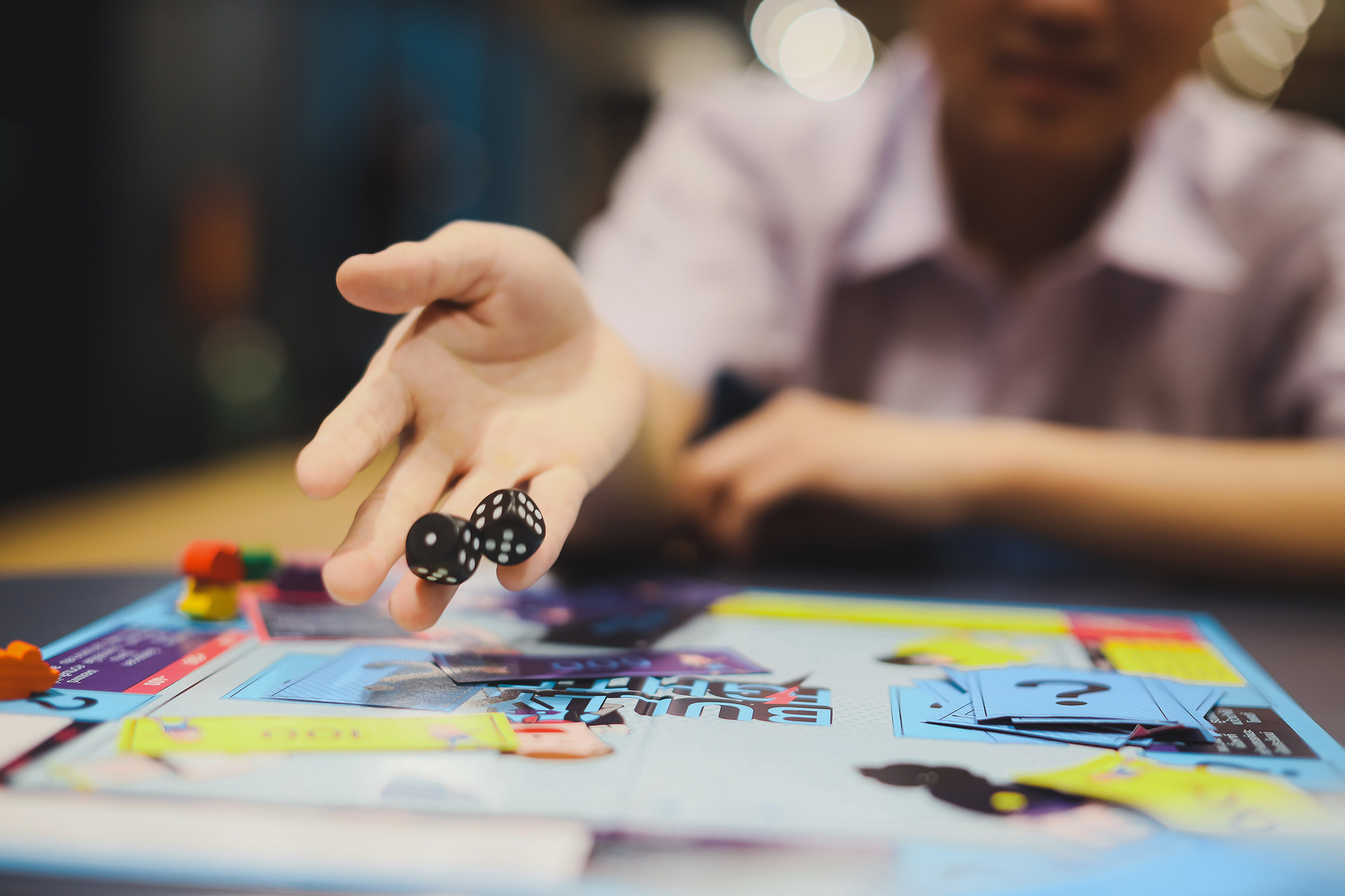 One of dtac Safe Internet’s strategies in alleviating cyberbullying is to have school teachers act as life coaches and engage with their students, encouraging them to think, analyze, discuss and exchange opinions.

dtac and Plan International introduced Bully Fighters to schools in remote rural areas, many of which are home to different ethnicities and different inequality issues. As such, cyberbullying in these schools is quite distinct from what happens at urban schools.

Mr. Shinnawat Vassanaraengsutti, a teacher at the remote Ban Dai Pla Duk Ratsattha Songtham School said that since the 175 students in his school grew up and studied together, cyberbullying has not been so serious. Nevertheless, he believes there is work to be done. He described that mocking external appearances such as skin and hair color are still common issues at his school.

“Even if issues among the children in our schools are not so serious, we still need to address them because beyond the school, there lies the outside society. We hope our students will not be the ones who start cyberbullying, therefore understanding cyberbullying is important for them.” 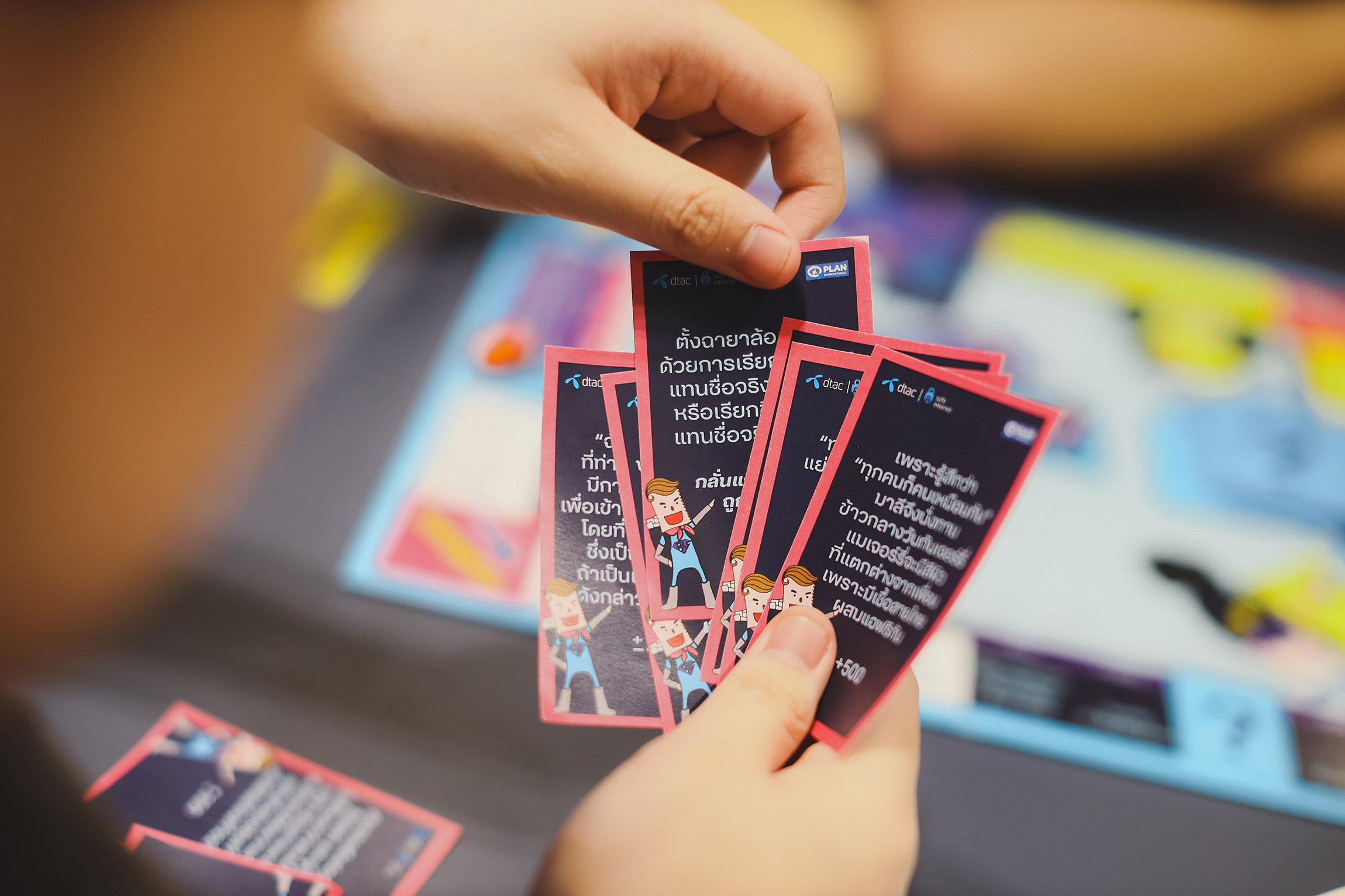 Mr. Shinnawat also reasoned that since he is himself an LGBTQ teacher, he has a first-hand understanding of cyberbullying, having been through it since childhood and even to this day. He said he managed to handle all the bullying because of self-confidence and self-love. With this insight, he advises the children that to be able to stand up against bullying, we must first manage our own feelings. He suggests that everyone must love must themselves to be able to move forward, for if we are stuck in our rut, we cannot move on.

Mr. Chanachai Naknamthong or Leuwah, a teacher from an ethnic-minority community at Um Phang Witthayakhom School, explained that his school comprises students from a few different ethnic groups. Each ethnicity mocks the others based on language, accent, economic status, and earnings, culminating in a mixed bag of bullying.

Mr. Chaichana also said that these problems began long ago with the friction among the different ethnicities leading to frequent quarrels. Many efforts have been made to try and make peace among the different ethnicities so they can live together in harmony. The Bully Fighter board game was also introduced as one of the many solutions being rolled out. The results seem to indicate that the more education children have, the more understanding they have for others, and ultimately bullying is reduced.