Thai e-sports team dtac Talon made history this July by winning the AWC: Arena of Valor World Cup 2021 on July 18, 2021, without a single loss throughout the tournament. AoV: Arena of Valor is widely known in Thailand as RoV, and AWC is the ultimate competition for this multiplayer online battle arena (MOBA). The prize pool was half a million dollars, with dtac Talon snatching the top prize of 200,000 dollars.

dtac Talon is the result of the partnership between the mobile operator dtac and Talon Esports, an esports organization headquartered in Hong Kong. It was founded in 2017 by a group of gaming enthusiasts and is now one of the fastest-growing esports organizations in the Asia-Pacific.

dtacblog spoke to the team and their dtac sponsors about their success and next goals in esports tournaments.

“We underwent extensive training with a very strict schedule – at least 10 hours a day and six days a week. That’s what brought us to where we are today,” said Thana ‘NTNz’ Somboonprom, the newest member of dtac Talon.

“Our motto is ‘Aiming High, Flying High.’ All team members set a clear goal that we would be world champions,” added Pasu ‘Erez’ Yensabai.

Mr. Pasu first played games for fun, but his skills improved to the point that he ranked among the top players on his server. That’s when he got scouted. After he joined a team, it took him just one year to enter the RoV Pro League. With his dazzling skills, impressive accuracy, and boldness, Mr. Pasu is one of the most promising RoV players today.

“After I proved to my family that I could make a living as an e-sports player, I was allowed to quit school and turned into a professional e-sport player at the age of 16,” Mr. Pasu said. 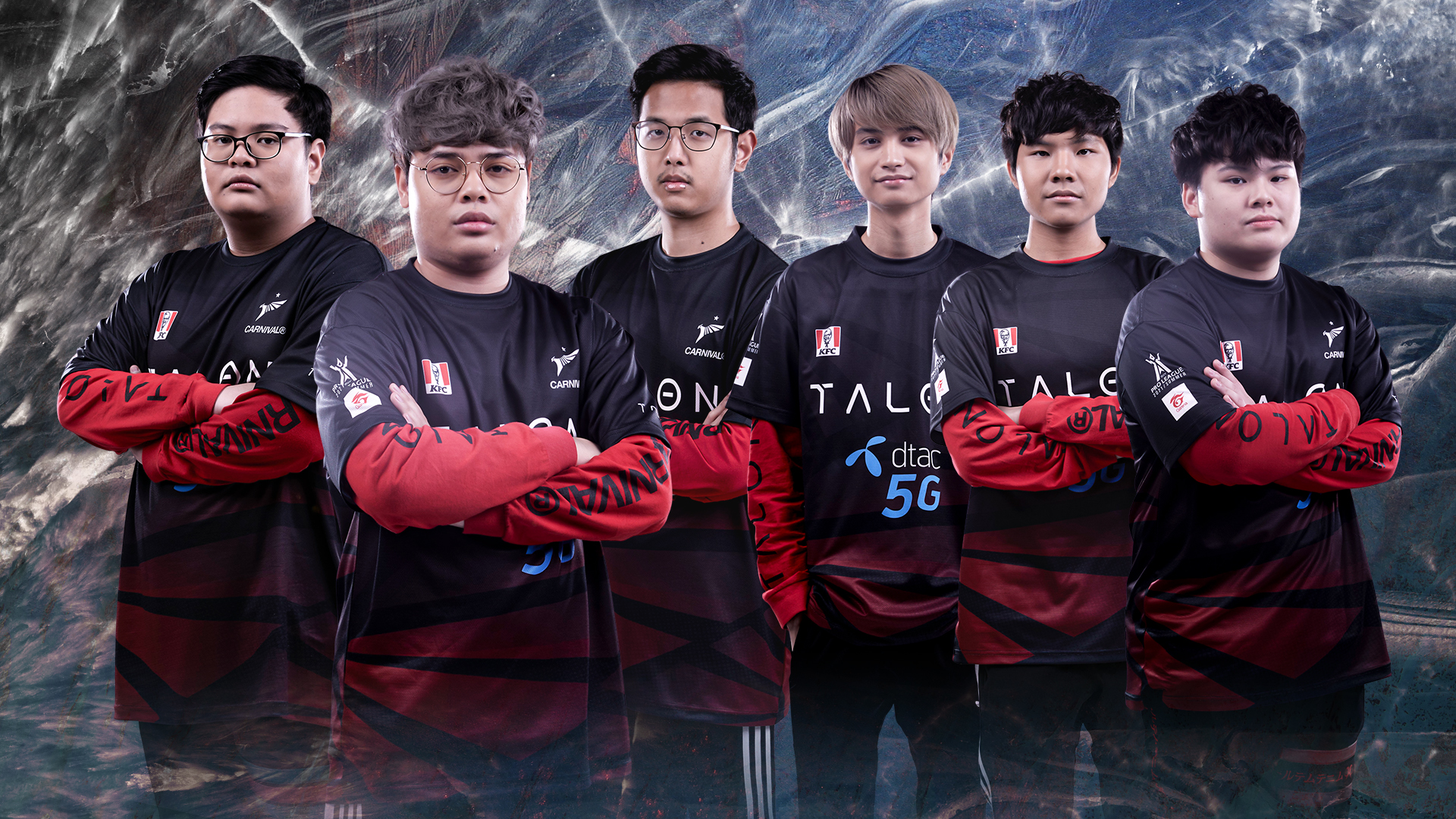 Mr. Thana first waded into e-sports when he was a freshman and soon joined the Semi Pro-League. Two years ago, the industry was not as developed as today. So, he divided his time between his studies and his e-sports training. At one point, his skills plateaued, and he almost gave up on his dreams of going pro.

“While playing in Semi Pro-League, I got so discouraged that I wanted to focus on pursuing my higher education instead. I felt my skills were not good enough and could no longer be improved,” Mr. Thana said.

However, Mr. Thana soon regained his confidence. And after his family became convinced that he could earn a living as a professional e-sport player, he chose to go pro.

“Being a professional in e-sports is tiring. Things are not the same as when playing as an amateur. But because we love what we do, we are happy and have fun despite the grueling training,” Mr. Thana added.

When asked about their next goal, the two players are unanimous: “We will defend our world championship and win in other global competitions too. The goals are there for us to achieve.”

“dtac’s strategy is to be a part of customers’ every moment. And online games are a popular form of entertainment among Thais,” said Panthep Nilasinthop, Head of Digital Products at dtac.

Last month, market research firm Nielsen unveiled that e-sports fans spend an average of 13 hours a week playing and watching games online. Nearly 88 percent of them play on mobile devices, while 45 percent play on consoles and 54 percent on PCs. 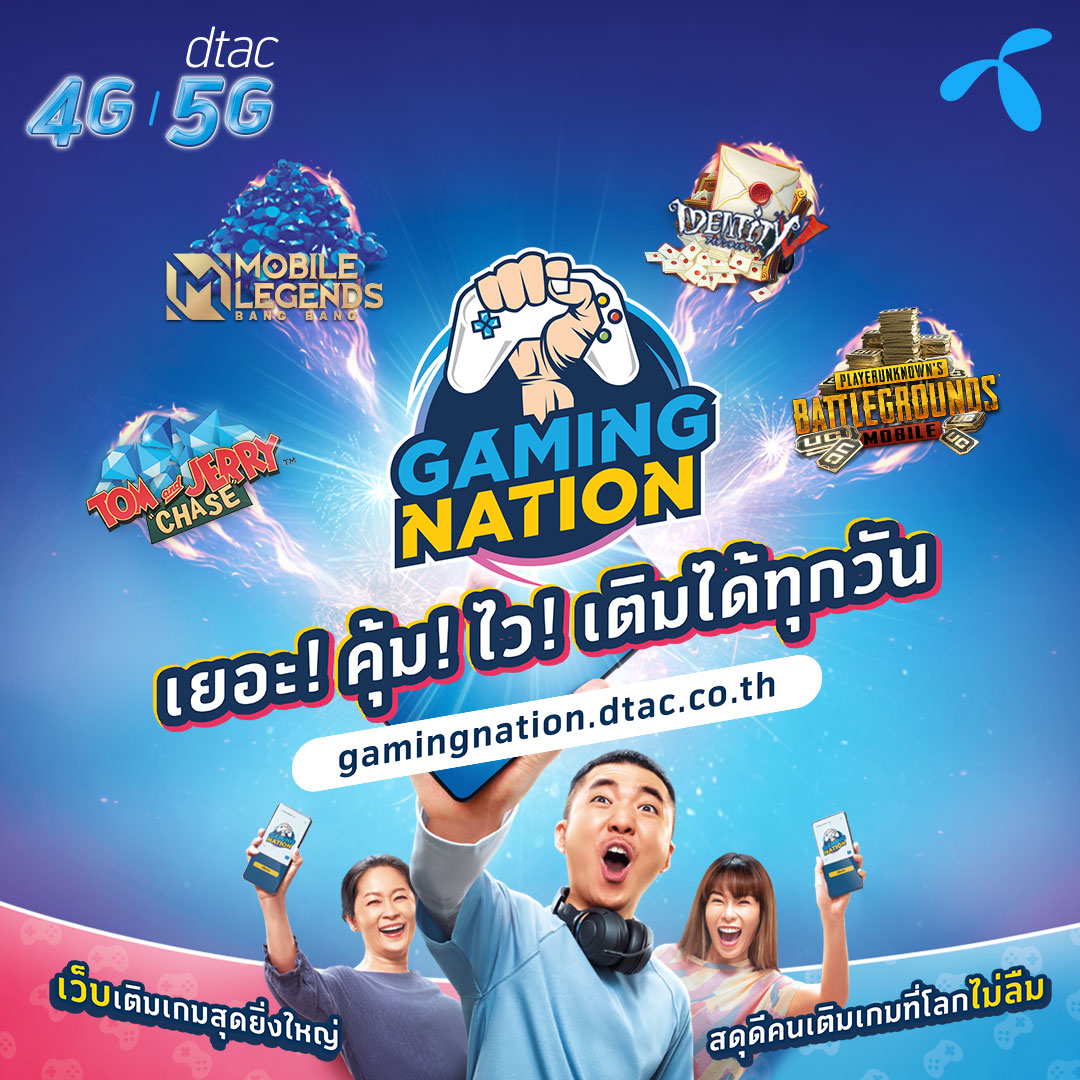 Moreover, dtac partnered with the Hong Kong-based e-sports team Talon Esports as a major sponsor of the RoV team in Thailand.

”dtac’s products for gamers have won warm response. And our next goal is to transform the Gaming Nation platform from a payment gateway into a gaming destination for all,” Mr. Panthep said.

The mobile operator will thus expand its model and partnership with game publishers to deliver exclusive deals, which will be seen in the fourth quarter this year.

“Online-game market is much bigger than what many people think it is. With its changing role, this sector has already progressed considerably. Online games are not just about entertainment. They are also about networking and becoming part of a group. And its future is now extremely exciting,” Mr. Panthep remarked. 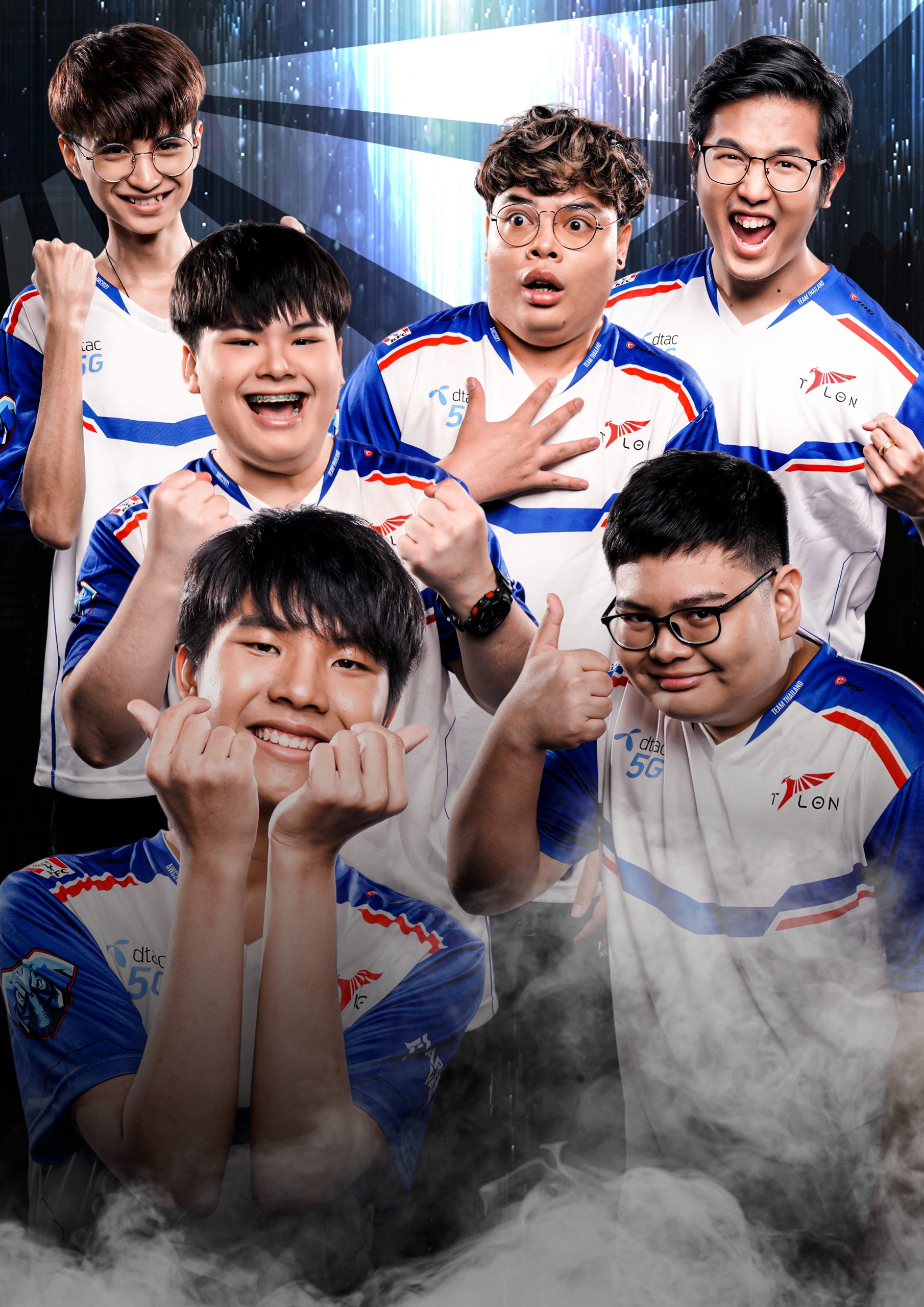