Today’s world is faced with challenges that are complex and difficult to solve, many of which are interconnected and undermining security, prosperity, and social resilience. Ranking among these challenges is corruption, which in the long run weakens social and economic wellbeing, democracy, and the rule of law. To raise awareness of corruption and enlist public support in the battle against corruption, the United Nations (UN) has designated December 9 as International Anti-Corruption Day.

Thailand’s corruption has worsened in the past years. According to a report by Transparency International (TI), in 2021, the country ranked 110th out of 180 countries on the Corruption Perceptions Index (CPI) — falling six spots down the global rankings since 2020. The report also pointed out that cooperation between political bodies and the private sector is the key to combating corruption. dtacblog spoke to Stephen Helwig, Interim Chief Corporate Affairs Officer of dtac, to find out more about the mobile operator’s best practices in preventing corrupt practices and fostering an anti-corruption culture. 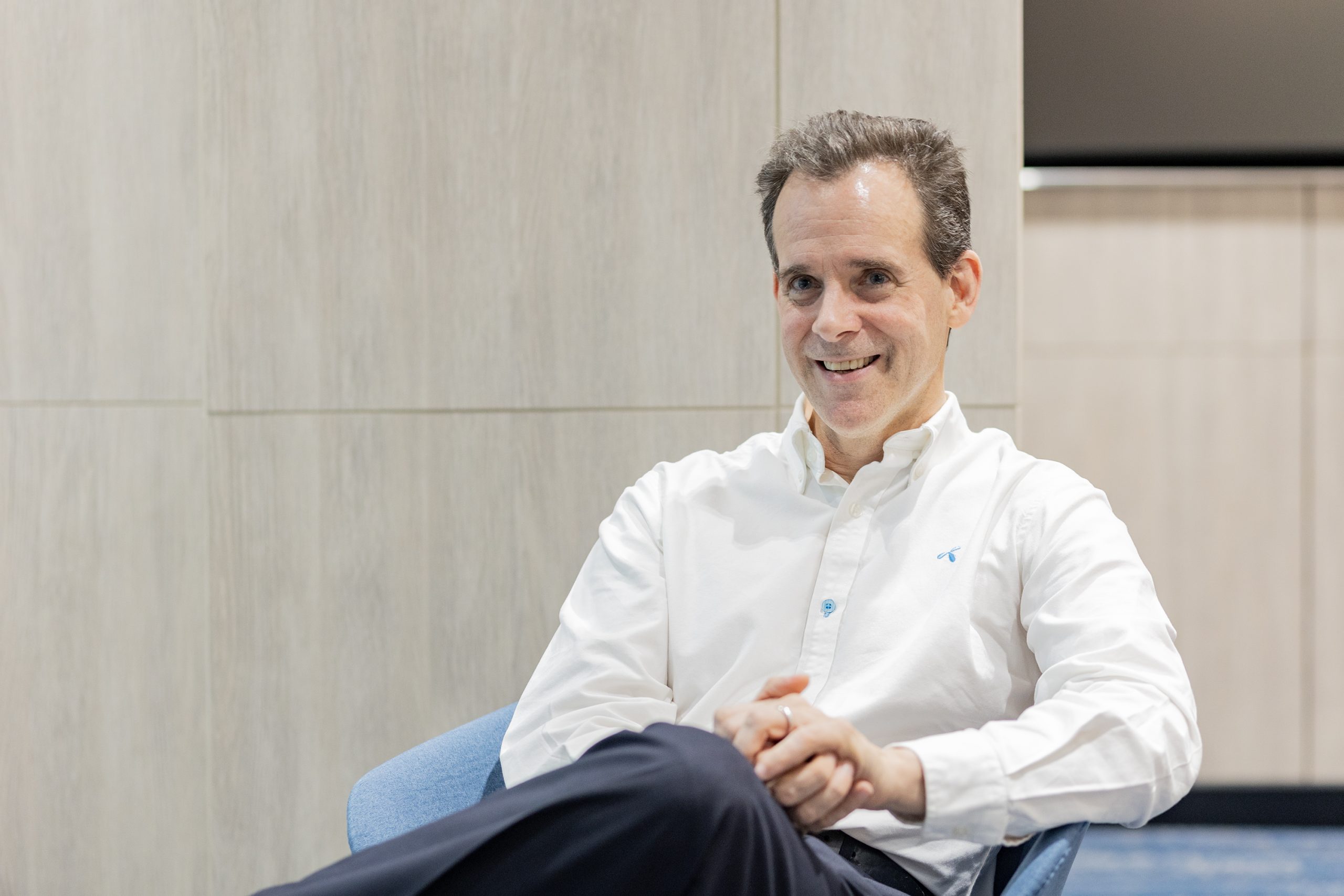 Do the Right Thing and Be Respectful

“At dtac, we always encourage our people to do the right thing and show mutual respect,” Mr. Helwig said. “As a result, we conduct our businesses and work with our stakeholders based on the highest ethical and good-governance standards, with anti-corruption as a part of our corporate culture.”

“We have zero tolerance for corruption, and we always do the right thing,” he continued.

In addition to the guidelines set out in its Code of Conduct, dtac has two major practices against corruption, namely: 1) No Gift Policy; and 2) Sponsorship & Donation.

Under the No Gift Policy, dtac employees are not allowed to offer or accept any items from people outside the organization. This is to guarantee that the business is operated with respect to ethical standards, equality, professionalism, and non-discrimination. However, gifts offered as part of business etiquette and tradition are allowed provided that they bear dtac’s logo and are of low value.

“Relationships with stakeholders are important. We want to maintain and keep the relationships strong as they can foster a good business environment and facilitate a positive way of work. But we must do it in a way that is professional and in line with ethical standards,” Mr. Helwig said. “The No Gift Policy to date has received positive response from our stakeholders. They acknowledged that they feel comfortable working and being seen in public with dtac as our standards for ethical business conduct are well-known. This results in a stronger professional relationship.” 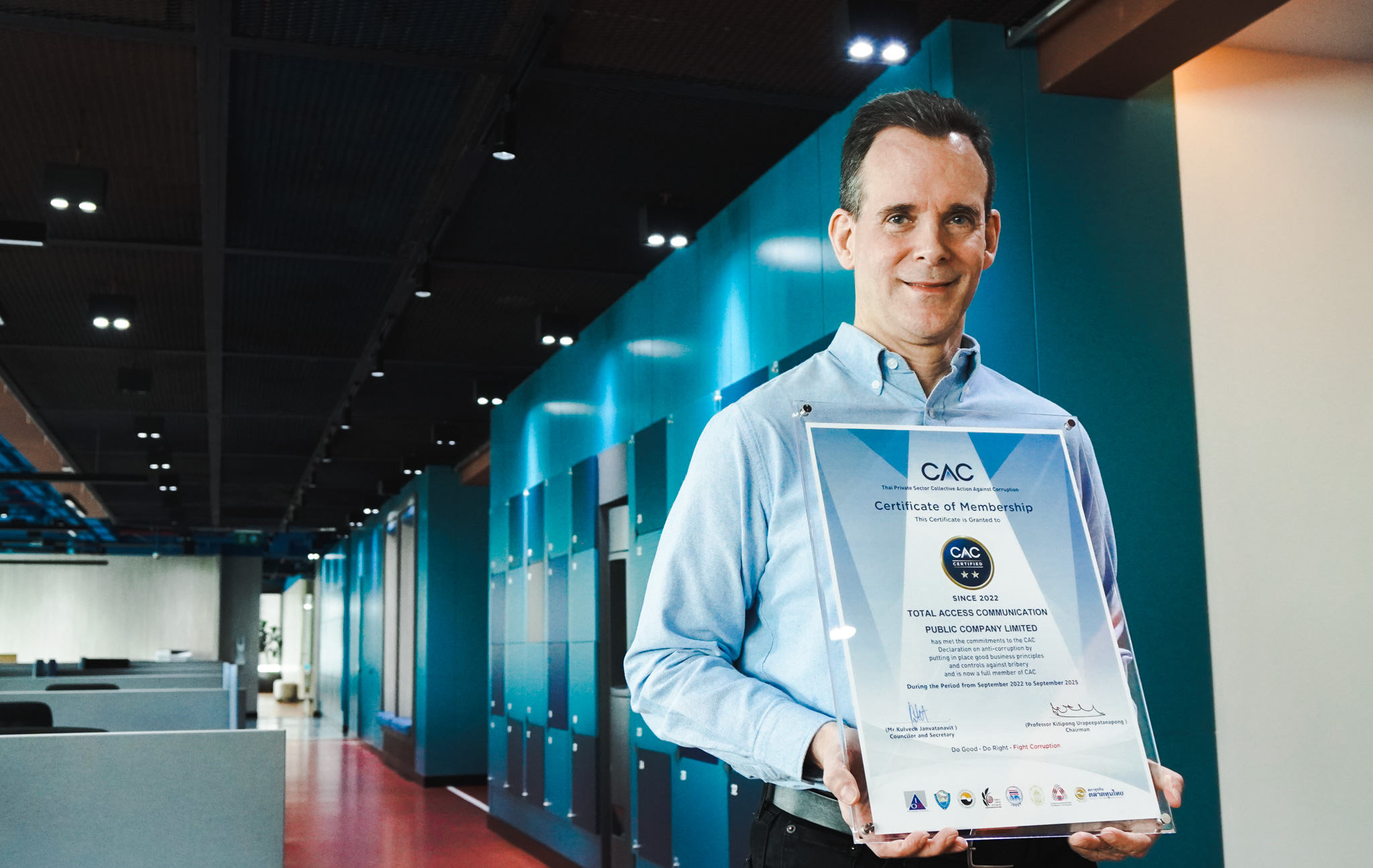 dtac has also implemented a clear-cut guideline on sponsorship & donation, where institutions and agencies seeking support from dtac must pass an assessment to ensure that the donation will genuinely benefit the public and is not a vehicle for corruption. This guideline prescribes due diligence on the recipients of donation & sponsorship, by setting up clear definitions, process, and criteria to create a neutral judge to evaluate stakeholders. dtac has also established a panel to perform a pre and post evaluation for each donation and sponsorship to ensure that money or items given have been used in line with declared objectives and that it resonates with dtac’s corporate values.

Moreover, dtac also encourages our employees and stakeholders to speak up because it supports good-governance practices and functions as an effective tool against corruption. Through the Integrity Hotline, employees and business partners can participate in fighting fraud and help keep dtac safe by reporting any suspicious behavior that may violate dtac’s Code of Conduct. Over the years, whistle-blowers have made significant contributions to dtac’s ongoing fight against internal corruption. In 2021, dtac received a total of 204 reports from whistleblowers. After reviewing evidence, dtac acted on 52 cases. Guilty parties were punished with verbal warnings, written warnings, or termination of employment.

According to Mr. Helwig, there are two approaches towards corruption prevention. The first one is top-down approach, which is mainly about formulating and then implementing anti-corruption policies or laws. The second one is bottom-up approach, which addresses the fact that combatting corruption will be effective only when all sectors are engaged. In the private sector, dtac continues to uphold the highest ethical standards in the formulation of its policies. The four guiding principles for the formulation are: 1) We play by the rules; 2) We are accountable for our actions; 3) We are transparent and honest in everything we do; and 4) We speak up.

“The bottom-up approach is very important in a democratic society. Everyone knows that corruption is a problem. But all units in society can work together to end this problem. Don’t forget that corruption is never a victimless crime, and everyone ends up paying a price for it,” Mr. Helwig said.