Call to share nostalgic memories of old devices on social media will raise awareness about Thailand’s number one source of electronic waste.

4 August 2020. The dtac Think Hai d campaign is calling on everyone to properly dispose of their disused mobile devices at any of the 51 dtac service centers around the country. In addition, by posting a picture of their device as they dispose of it along with their fondest memories of using it, participants can win free donuts from Dunkin’ Donuts and t-shirts made from recycled plastic bottles. 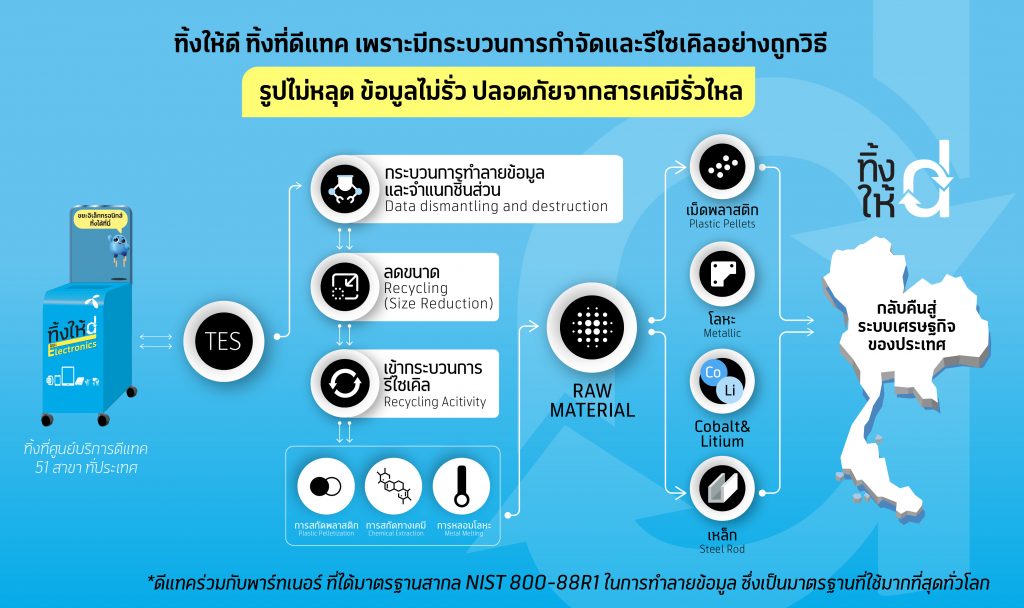 Disused mobile phones, as electronic waste, constitute the largest share of toxic wastes in the country at 65 percent according to the Pollution Control Department (PCD) statistics from 2018. Only 13 percent of all toxic waste, including mobile phones and accessories, are properly managed according to the PCD. dtac, as a leading telecommunications company, has chosen to tackle the problem with a nationwide awareness campaign.

Moreover, dtac conducted a survey and found that seven out of 10 households keep their mobile phones and devices even after they no longer work, further increasing the amount of unprocessed e-waste in Thailand. This prompted dtac to act in order to protect Thailand’s environment. 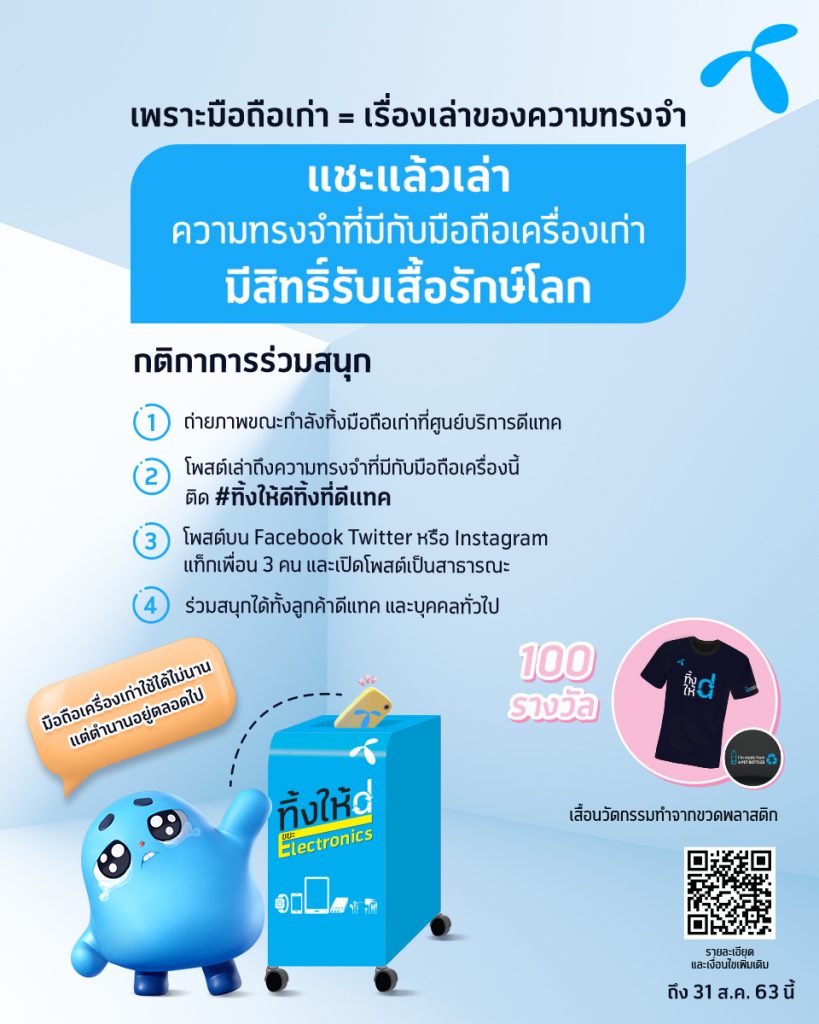 Mr. Sharad Mehrotra, CEO of Total Access Communication PLC or DTAC, said, “Since 2014, dtac has been collecting disused mobile phones. We have been able to recycle 1.8 million devices, which corresponds to about 22 million kilograms of reduced carbon emissions. But we can always do more, and with dtac Think Hai d, we are encouraging everyone to protect the environment by bringing us your old devices for proper disposal, no matter if you are a dtac customer or not.”

To participate in dtac Think Hai d and win one of the prizes while disposing of your phone:

The competition runs from August 4-31. Users of any network are eligible. For more details, visit https://www.dtac.co.th/campaign/thinkhaid.html

As Mr. Mehrotra disposed of a 15-year-old mobile phone, he also shared his story: “I used it for some time, then gave it to my daughter as a prize for good grades. It was her first phone and she loved it so much. Looking at the phone, I feel proud of my daughter. But now it’s time to dispose of it properly. And I invite all of you to do the same at a dtac service center near you.”