Amidst the rising numbers of handset sales each year, mobile phone makers and retailers are adopting sustainability principles in their value chains. dtac as a key player of value chain of mobile telecommunication industry, is taking a serious action against e-waste disposal through Think Hai d, the initiative encouraging responsible disposal of e-waste.

Thailand is considered a country with high mobile internet penetration rates. There are 93.7 million phone numbers, accounting for 133% of its total population. Handset sales stand at 14.1 million annually – with around 100,000 for first time users and the rest for replacement. Replacements alone represent 20 percent of Thailand’s total population on a yearly basis. 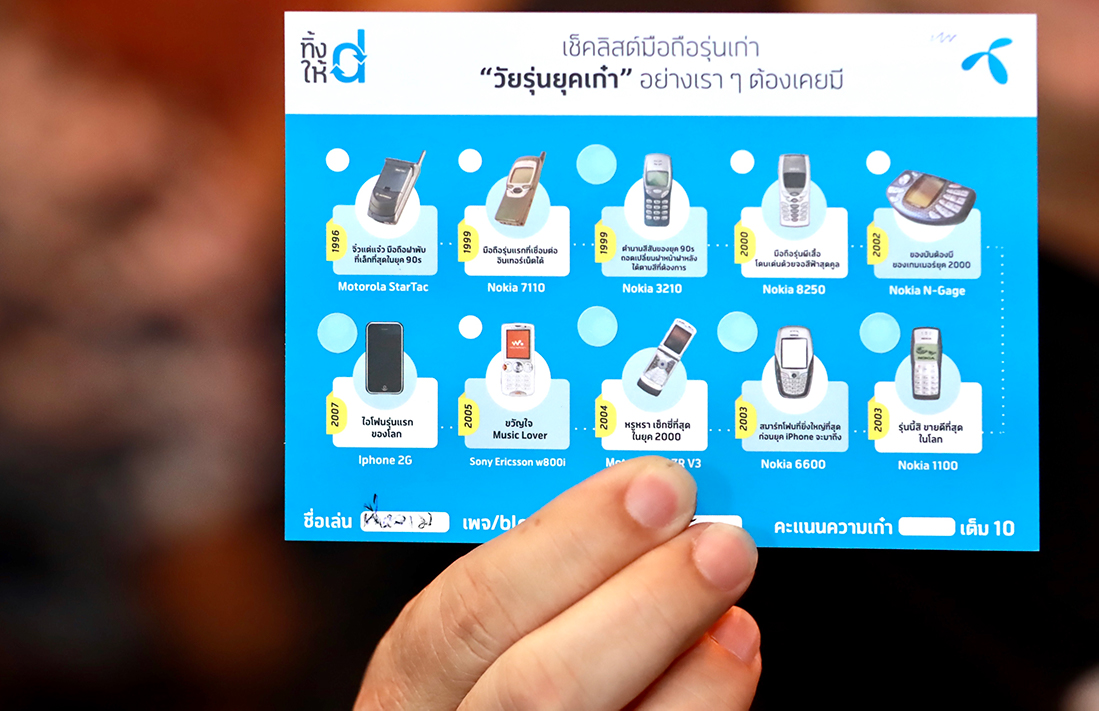 Peerapol Chatanantavej, Head of Device Portfolio & Device Expert at Total Access Communications Plc or dtac, said, “The boom in sales of handsets over the past decade was mainly caused by the evolution of technology and the tendency of consumers to want a device with more applications. The role of mobile phones is becoming more critical to people’s daily lives.”

As the role and features of handset evolve over time, its use reached beyond an IT device for connectivity and became a measurement of social status, driven by factors like brand prominence and marketing. As a result, the upgrade cycle is shrinking to between 18 and 24 months, down from between 24 and 36 months.

The frequency of replacement is highest in the upper segment, priced more than 10,000 baht. The lower segments where handsets are priced lower than 10,000 baht tends to have a longer life cycle.

The competition in mobile handset market has been very dynamic. The release of new handset models currently available totals more than one hundred, resulting in a shorter shelf life from 12 to 6 months.

“The massive figure of handset sales has raised the concern over its environmental impact and the fact that how Thailand manage the growing amount of e-waste,” said Mr.Peerapol. 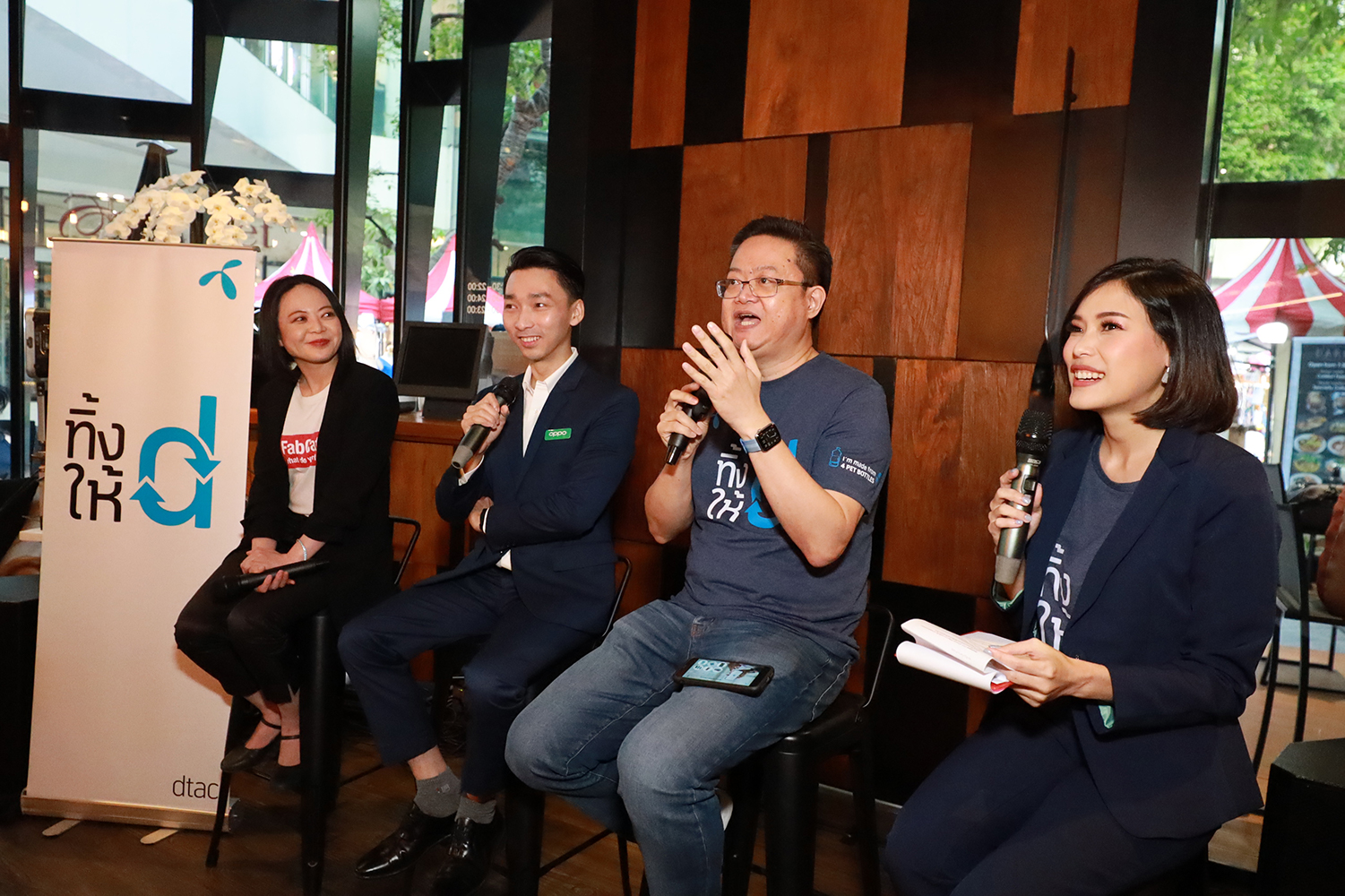 Major components of a mobile handset

Although technology evolves, the major components of a mobile handset has remain unchanged with four important parts,:

Mr Peerapol added that around one billion mobile phone handsets are estimated to be sold globally each year, which has a serious environmental impact if there is no such effective management scheme. The players of mobile telecommunications industry have been working to address their environmental responsibilities with the adoption of ‘the environmental standard for electronic industry’.

Conforming to the RoHS compliance is required by EU law when selling a commercial product in EU.

With the growing concerns over environmental responsibilities, mobile phone markers are implementing their sustainability policy toward products and services. A leading mobile phone maker recently announced its release of its new smartphone without an accompanying charger or earbuds. Its move has brought environmental issues on the table, taking the lead in sustainability agenda among those phone producers. This is likely to become a major trend for mobile phone industry.

“Although we’ve seen the environmental conscious and improved practices of those who live in the upstream of electronic devices’ value chain, but consumers themselves play a crucial role in addressing growing concerns over environmental issues,” said Mr Peerapol.

Suthipong Amornpradit, product manager at OPPO Thailand, said OPPO Global ensures every step of handset manufacturing, from hardware design and material selection, delivers the highest satisfaction to customers. This can be reflected from the company’s massive investment in R&D and manufacturing bases around the globe, including Shenzhen, Dongguan and Beijing in China, Yokohama in Japan and Silicon Valley in the US.

To address environmental responsibilities, OPPO has a policy of reduced plastic use of package, which has implemented in the EU market in the first place. For example, the plastic tray is replaced by paper, which is made of residue of bagasse and bamboo, instead of raw wood pulp. OPPO Reno4 as an example, the plastic reduction reached more than 90%.

In addition, OPPO’s products are in compliance with RoHS, reflecting from ultra small-sized chipset. This led to a significant reduction of rare earth consumption. For instance, the 7-nanometer chipset in Reno4 Z model in collaboration with a global leading chipset maker, MediaTek. 5-nanometer chipset with Snapdragon. OPPO also announced its strong partnership with Qualcomm at Mobile World Congress 2019. And OPPO will launch its most recent chipset technology at Tech Summit Digital 2020 held in San Diego between Dec 1-2.

“OPPO is thriving toward sustainability agenda with the continuation to introduce sustainable innovations in product and development roadmap as well as the enhancement of carbon emission and energy management. Additionally, we’re setting up circular economy model and integrating it within our business strategy, initiating eco-design at the R&D stage,” said Mr. Sutthipong.

“Durability was the first concern of product design, but it also came with higher prices. In the recent years, pricing and fashion have become priority, which have also come with a drastically growing amount of waste,” said Ms. Kalaya.

Thailand is now looking into transforming its business models and operations towards a Circular Economy, as demand for green consumption grows and companies continue to develop innovative ways to use waste and byproducts.

Circular Economy is an economic framework that focuses on carefully managing resources so nothing is wasted. In other words, products and materials are kept in use – reused, remanufactured and recycled continuously – or as long as possible to achieve maximum value.

In the meantime, a group of material scientists have put a lot of efforts in developing innovative materials such as self-healing materials.

“I believe that we will see a big shift in material trends from electronic-based materials to bio-degradable materials over the next 5-10 years.” She added.

Although product trends are shifting towards a more sustainable economy, but there are a number of challenges, especially cost. Recycled materials are more costly than newly-produced materials.

To sustainably achieve a circular economy, the government should play a key role in driving the agenda through subsidy measures and public private partnership. This will allow all stakeholders across the value chains to move toward a green economy.

On-uma Rerkpattanapipat, Head of Communication and Sustainability at dtac, said a sustainable disposal system is a key to handle growing e-waste issue. Dtac, as a stakeholder of mobile telecommunication supply chain, launched ‘Think Hai Dee,’ an initiative for dtac to achieve zero landfill by 2022.

“As we mandated responsible business practices at the core of our business operations, dtac also wants to promote our customers to join the efforts in tackling environmental crisis through Think Hai d,” said Ms. On-uma.