Jan 1, 2020 – dtac revealed a record surge in traffic during New Year’s Eve, growing 150 percent higher than the previous year thanks to the popularity of live video streaming via social media platforms like Facebook, which dominated mobile application usage over the New Year.

“Data traffic during the New Year countdowns is by far the busiest hour of the busiest day of the year. That’s why dtac allocated additional network engineers to ensure smooth connectivity 24 hours a day. We also boosted our network capacities with portable towers at New Year’s Eve countdown destinations,” added Mr. Prathet. 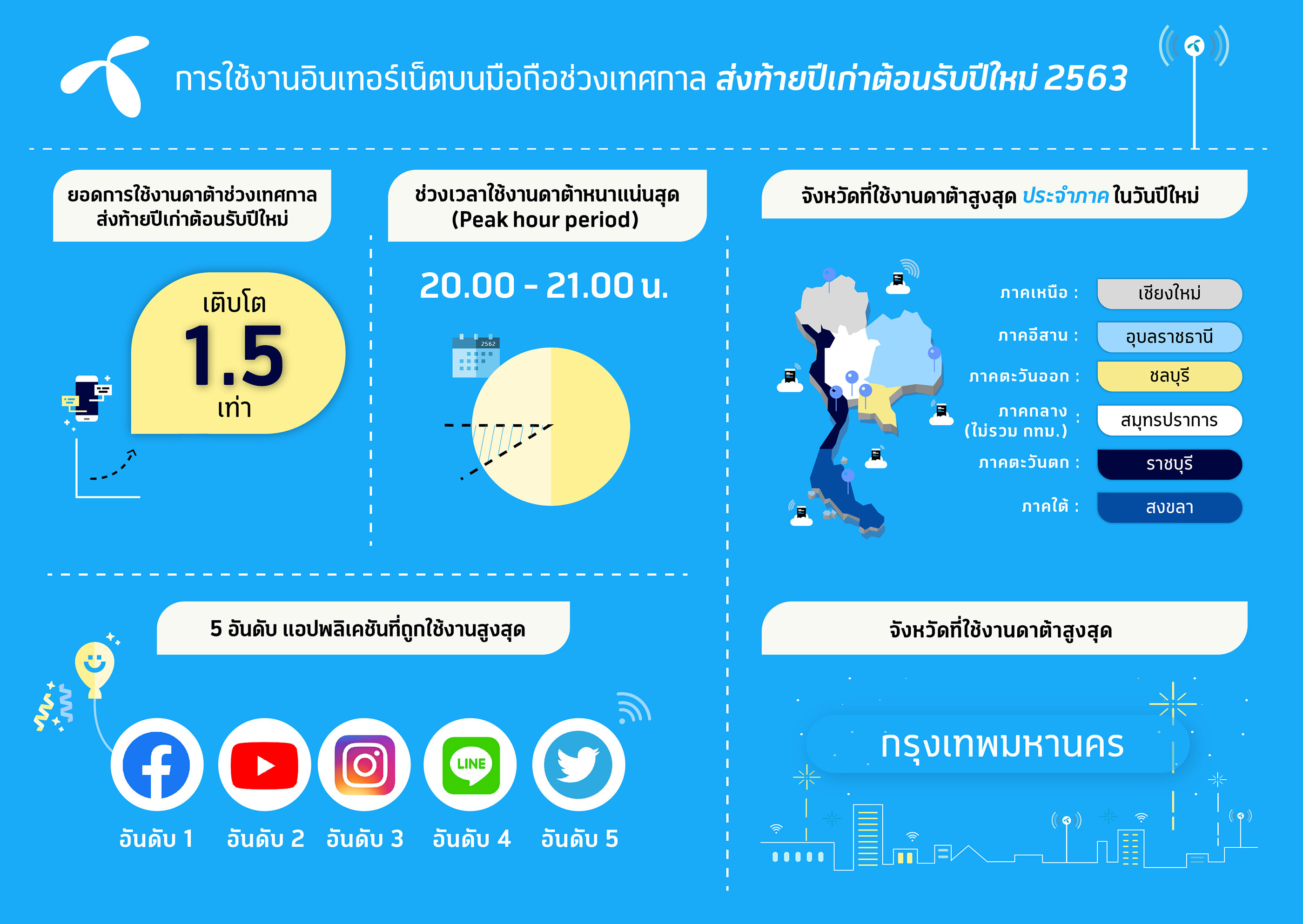 Bangkok ranked the highest for data consumption. In provincial areas, the highest data usage in Northern Thailand went to Chiang Mai, Ubon Ratchathani in the Northeast, Ratchaburi in the West, Samut Prakan in Central Thailand, Chonburi in the East and Songkhla in the South. 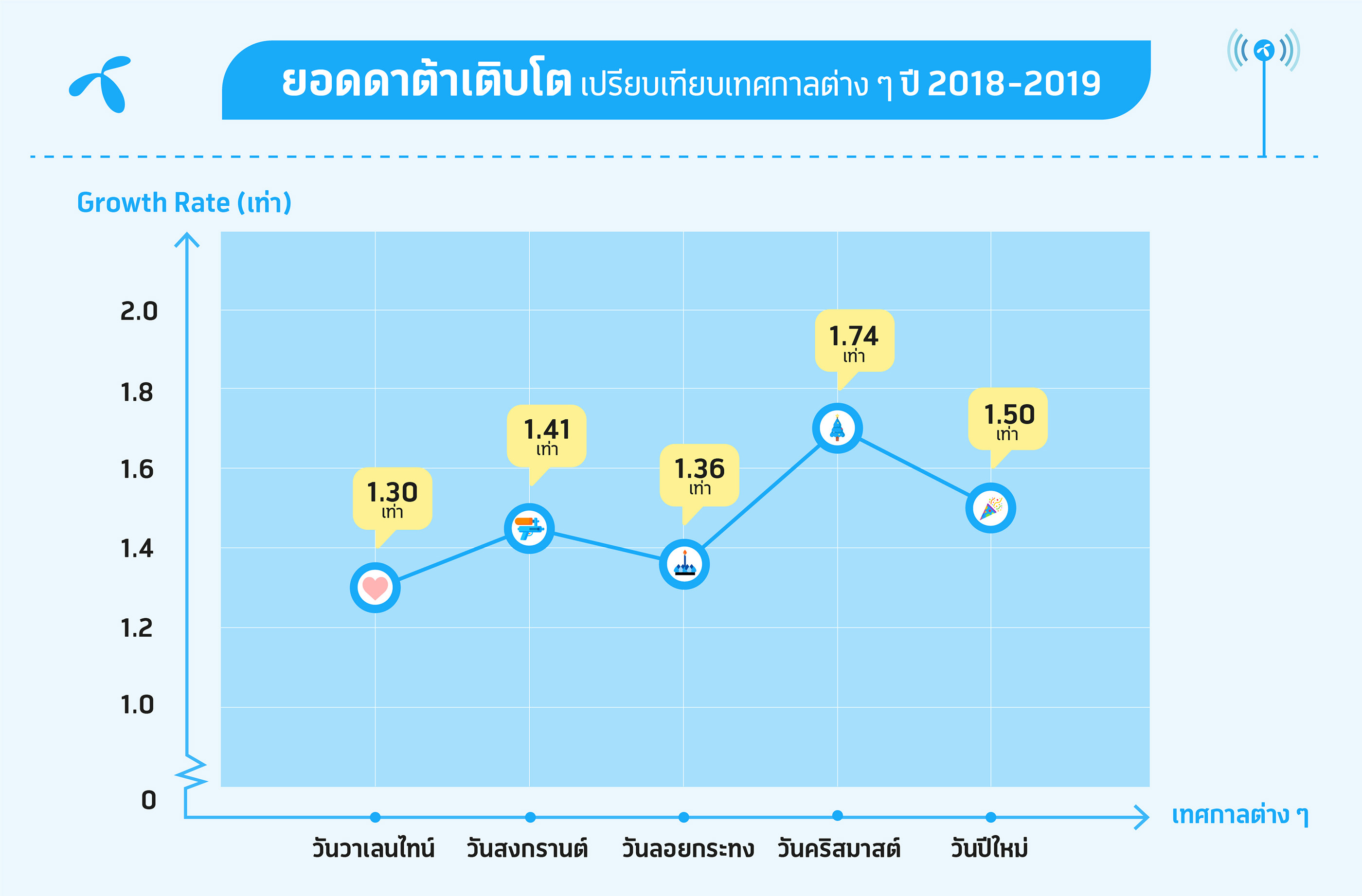 “At dtac, we never stop improving our network to deliver unbuffered connectivity experiences. The increase in data usage on 4G is a trend we see every day thanks to the expansion of cell sites and better smartphones than can use all available 4G bands,” said Mr. Prathet.