August 13, 2019 – dtac announced a network expansion plan to continue to add new cell sites for its 900 MHz and 700 MHz spectrum in 2019. The company also set a new industry record for fastest network expansion over a period of 12 months, doubling its customer satisfaction score as a result. 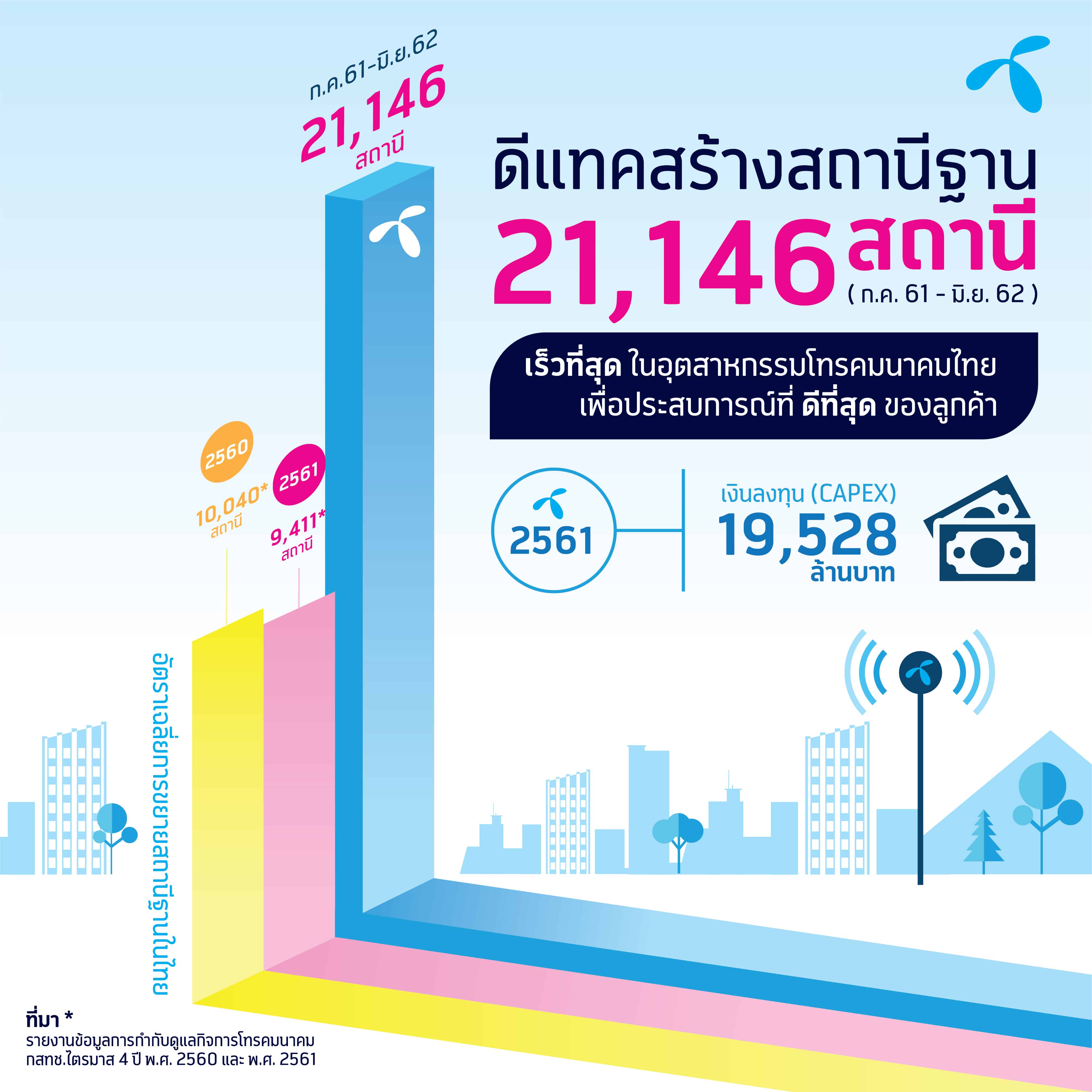 Mr. Prathet Tankuranun, Chief Technology Officer, Total Access Communication PLC or dtac, said, “dtac has rapidly added new cell sites nationwide to respond to customers’ growing demand for mobile Internet connectivity. Our customers now consume approximately 400-500 MB per person per day. To keep up with this growth, dtac has been adding new cell sites at double our average yearly rate. The effects can be felt in our customer satisfaction surveys: dtac doubled its score between January and July 2019. This is a good sign of improvements in all areas for dtac.”

dtac’s commitment to never stop improving has resulted in an improved customer satisfaction score and fewer complaints. This is also confirmed in various test results that have been widely published. For instance, Telecomlover  (https://www.telecomlover.com/2019/07/31/nperfhalf2019/) shared that nPerf’s tests of cellular Internet connections in Thailand in the first half of 2019 rate dtac as the operator with the fastest download speeds at 21.04 Mbps, followed by other operators at 19.70 Mbps and 19.65 Mbps. According to the French network performance measurement company, dtac also has the highest success ratio for connectivity at 92.88%, followed by other operators at 90.73% and 90.37%.

“Although customers are more satisfied with our network improvements, dtac is far from perfect and we will never stop improving. In the fourth quarter of this year, we plan to use low-band 900 MHz frequency for mobile services. However, we must solve signal interference issues on 900 MHz spectrum first, which will require a strong collaboration between dtac, NBTC and other related parties in the telecom industry, such as operators who own adjacent frequency slots. We are confident that the signal interference issues will be solved and the 900 MHz spectrum will be in operation within Q4 2019. dtac plans to deploy 900 MHz together with 700 MHz, and we expect that the NBTC will allow us to officially start using the 700 MHz spectrum on October 1, 2020 or any other date specified by the NBTC. dtac is confident that the low-band 700 MHz spectrum will significantly improve 4G services and enable better coverage as well as providing a path toward 5G,” Mr. Prathet added.