Dec 24, 2019 – dtac is boosting its network capacity in preparation for the surge in demand on mobile networks expected on New Year’s Eve. The extra capacity will ensure customers enjoy smooth connectivity at this critical time. New Year’s Eve countdown destinations will be prioritized by rolling out temporary sites, mobile units and a 24-hour special taskforce for customer service and network management.

dtac is also boosting its capacities in transportation hubs, such as bus terminals, train stations and airports.

dtac is monitoring and adding extra network capacity along main roads to popular holiday destinations and major arteries to Northern and Northeastern Thailand, where many will return to their hometown.

Additionally, dtac is adding special call center teams to service customers 24 hours a day, both through the 1678 hotline and online platforms such as  Facebook and Line, ensuring both smooth service and the rapid handling of incidents. 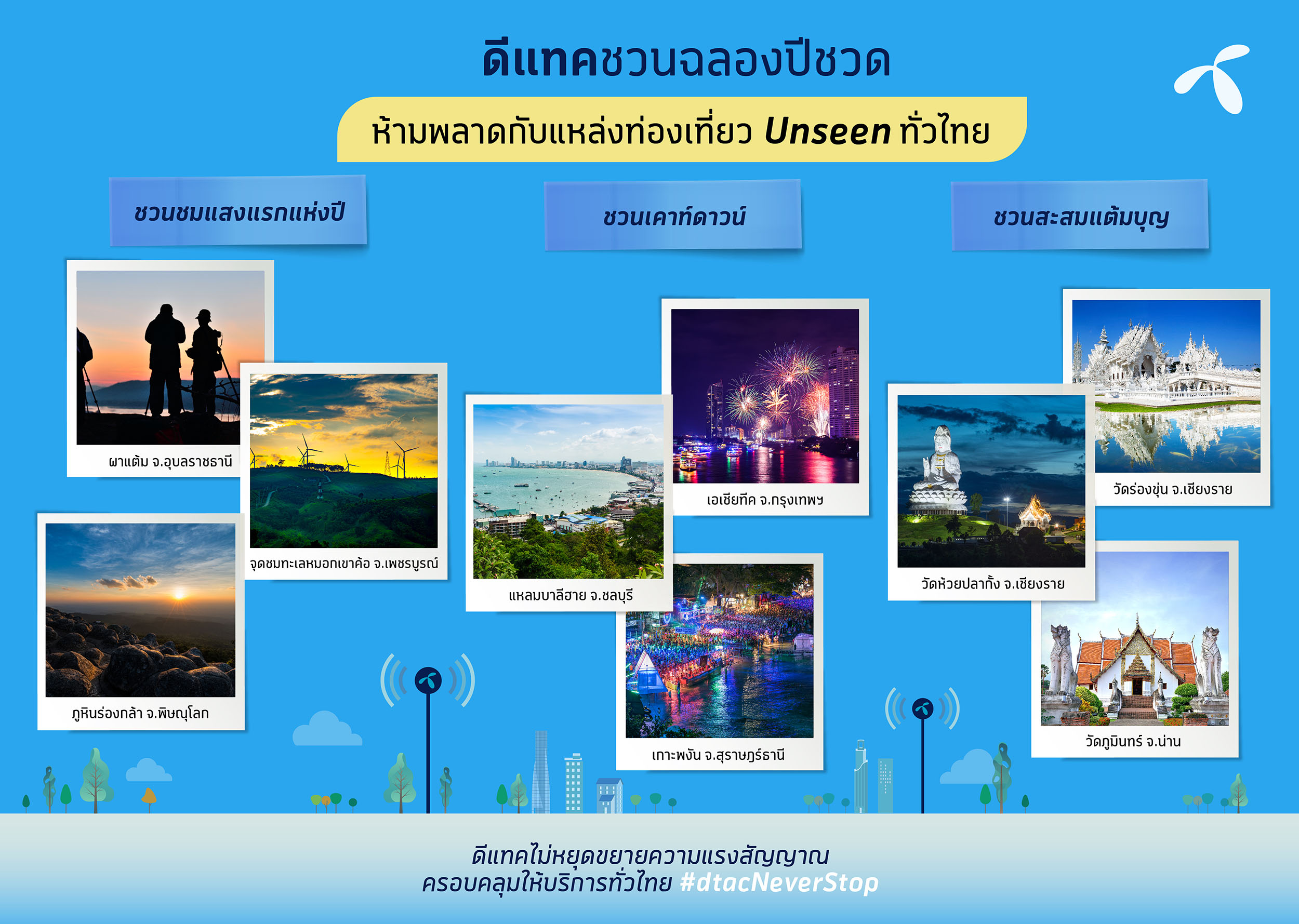