December 9, 2020 – dtac launched “The First Touch,” a film to stress that humans remain at the core of 5G’s potential to improve lives. The film shows a use-case for a remotely operated robot, allowing a father to touch and feel his baby for the first time.

Mr. How Lih Ren, Chief Marketing Officer at Total Access Communication PCL or dtac, said, “We are telling the 5G story under the concept that ‘nothing can keep humans apart.’ dtac 5G connects people to what matters most. The difference between 5G and 4G is not merely new smartphones, new apps, and streaming hi-def music or video. 5G opens up a new world with connectivity between devices and between devices and remote users – creating many new services the world has never seen before.” 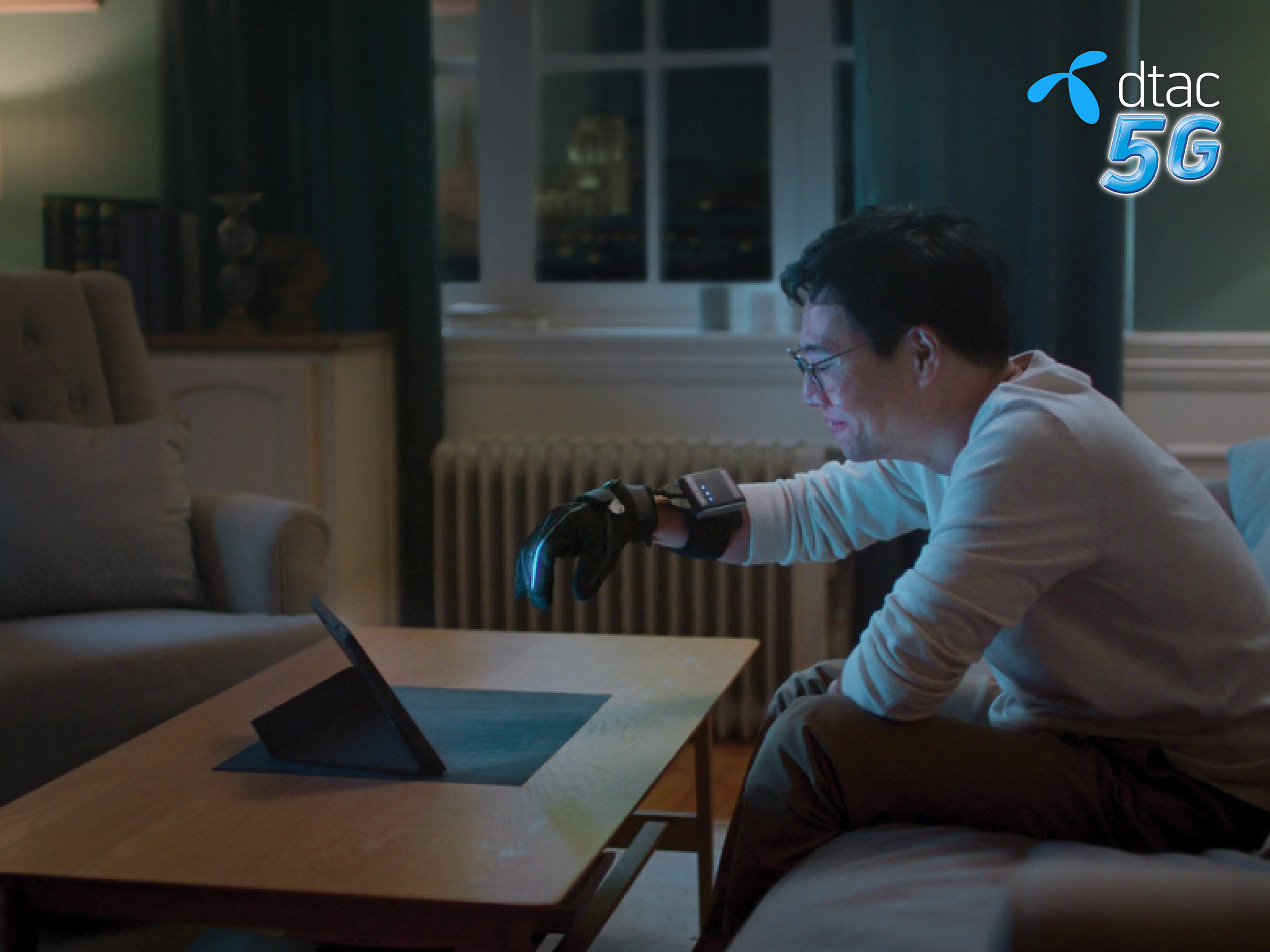 The film portrays a young couple who promise to be together when their child is born, but due to work and other circumstances trigged by the Covid-19 pandemic, they are in different countries for the birth. With the father unable to see his newborn, he employs 5G technology – with the help of a sensory robotic arm – to connect to his child with the senses of sight, sound and touch.

Behind the emotional scene, the film is showcasing the unique properties of 5G: ultra-low-response times that allow touch-like sensations, and high data speeds to carry vast amounts of high-resolution data for real-time sight, sound and even touch. 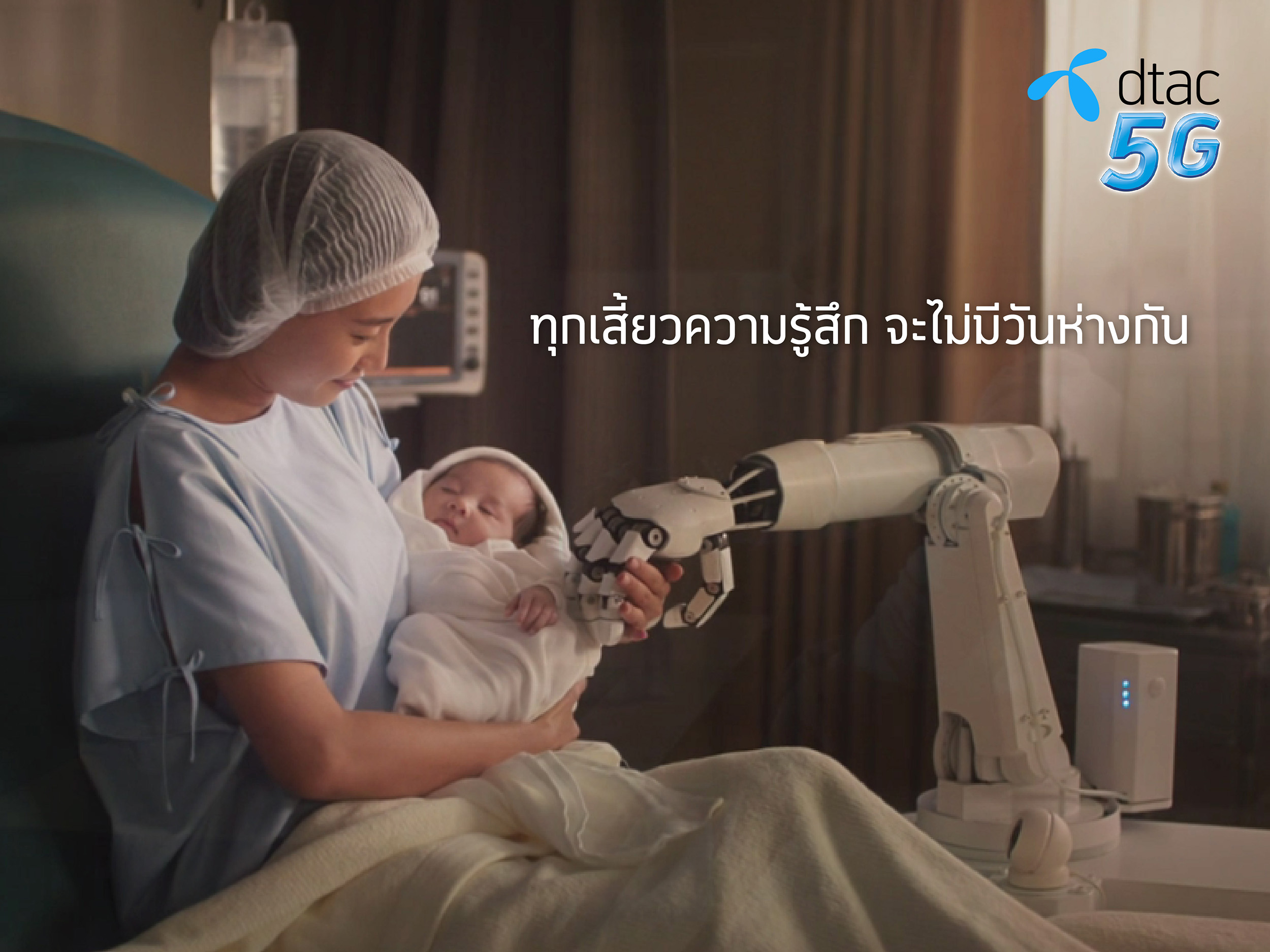 The takeaway is that technology, both 5G and 4G, are essential to connecting humans. But compared to 4G, 5G will go much further than previous generations of mobile connectivity—and beyond the smartphone. 5G’s unique features enable completely new use cases for virtual and remote learning, robotics, healthcare and more.

Moreover, the new advertising campaign further reiterates dtac’s commitment to continuous development and expansion of its network to better serve customers. Currently, dtac users are using an average of 19.2 GB of data per person per month, with a smartphone penetration of 87.1%. As of Q3 2020, dtac also had a total of approximately 18,917 of 4G 2300 MHz base stations installed under partnership with TOT, with high-traffic areas using Massive MIMO technology to achieve 3x capacity.

The film was created by BBDO Bangkok and directed by Pagorn Jungrungruang. It also features a new exclusive cover version of “Lab Ta” (Close Your Eyes) song by Charas Feuang-arom, performed by Lek Wongprao, the contemporary indie artist.