dtac CEO Alexandra spoke at the Super Productive Talk on Sunday, Sep 22nd, making the case for a future that rewards creativity, willingness to fail and a mindset to never stop growing. Here is a transcript of her speech :

I’m amazed you felt the need to come today. You clearly are already the most Super Productive people in Bangkok. Tickets to this talk sold out in 10 minutes and yet you managed to get one. That’s impressive!

Before we start, I’d like to be very honest with you. Frankly speaking, I’m very cautious when using the word ‘productive’. I don’t believe productivity is the metric you should be striving for. My belief—and I share this with a lot of people who are much smarter than I am—is that creativity and social skills is what will make you fit for an AI-driven future.

In my life, there are two young men who deeply influenced my thoughts on what we should all strive for. And before we get inspired by stories of Super Productivity, I want to tell you about their lives. One ended tragically despite a string of successes. Another went from a mountain in Nepal to graduating from university in Finland.

The first young man was my mentee while I was working at Sunrise Communications in Switzerland. He was fresh grad from a top university. He was very handsome. He excelled at everything he reached for. One day, he applied for a company that I can’t name. And he was rejected. A few days later he took his own life while staying in his room at his parents’ home.

I think I’ve forgiven myself by now for failing to see this coming. But it took a long time. It was such a tragic loss. And I just couldn’t imagine how someone so successful would consider himself a failure after one single rejection.

Eventually I realized this young man was driven by a need to tick all the right boxes as society defines them. He got the education that others would consider the most impressive, internships seen as the most prestigious, and applied for what he thought was the greatest job on earth. That’s when a single rejection sent his entire self-image crashing down. 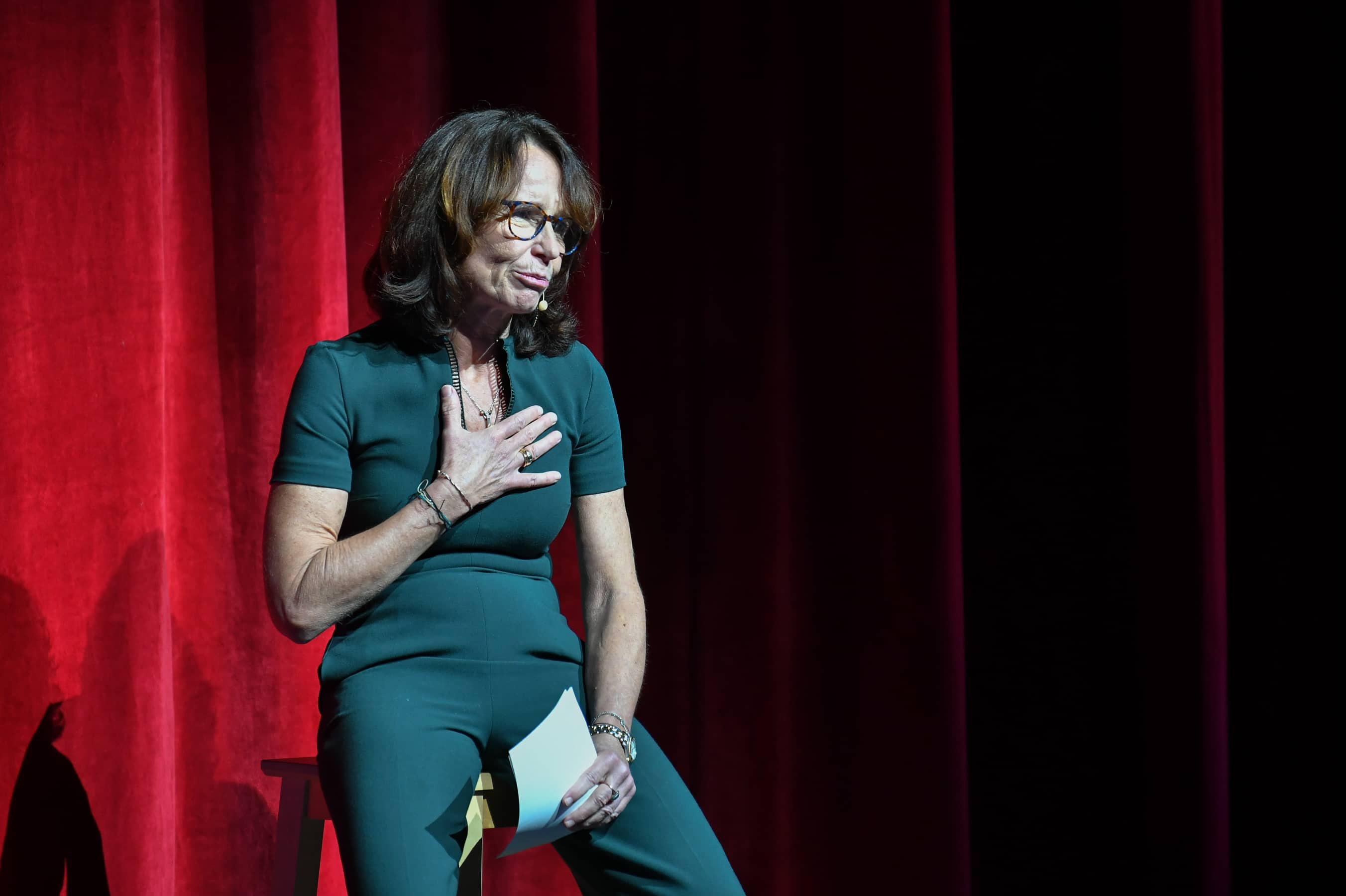 The other young man I want to tell you about is Chhimi. Here’s a recent picture of him. Chhimi was a 14-year-old boy from Kathmandu when we first welcomed him to our family as an exchange student. Today, I consider him my adopted son.

Chhimi grew up in a very remote mountain area of Nepal, at an altitude of 4,500 meters. It’s an area so poor that families there eagerly seek opportunities to send their children to boarding schools in Kathmandu to offer them a better future. As a tradeoff, they often never see their child again until he or she graduates from high school.

When I met Chhimi, he couldn’t speak English and even the most common things in our lives were alien to him, from the refrigerator to slicing bread. It was a real challenge for him to move in with us. He wasn’t confident at first. I’m a very tactile person and I’d try to hug him. Chhimi would just look at me, seemingly thinking, “What is this strange woman doing?” And that was tough on me too.

What Chhimi did have going for him is humility, a readiness to experiment, to fail, to be bad at something before you’re good at it. Last month, I was in the new car he bought for himself in Helsinki. He told me, “Mom, I’m a terrible driver. You drive.” And when I refused, he asked me for tips on how to be a better driver.

Thanks to his openness and humility, Chhimi will never stop to learn. He’ll never stop to grow. And his enthusiasm is infectious. He’s grown up into such loving, charismatic person. He’s surrounded by friends and has built an incredible community around him in Finland. When I gave him money as a graduation gift, he asked to spend it on rebuilding his Nepalese parents’ house which had been damaged by the 2015 earthquake.

There you have it. Two young men. Two very different paths. One could only accept himself if he achieved external symbols of success. One is just in it for the journey, the process and the growth. One couldn’t accept failure. One appreciates the learnings that come from stumbling.

The real meaning of working

These two young men taught me important lessons about the importance of enjoying your own development. It’s not just about achieving your goal, but also being happy with the work you do, the way you get there. They taught me how important it is to listen to your own voice, and not let other people’s voices become louder than your own.

Try to question your goals. Ask yourself if it is really something you want. Or is it what others expect out of you?

I too asked myself, “Why did I move to a foreign country at the age of 54? Is being a CEO my goal?” The answer is no. My actual goal is to be in a position where I can create impact. 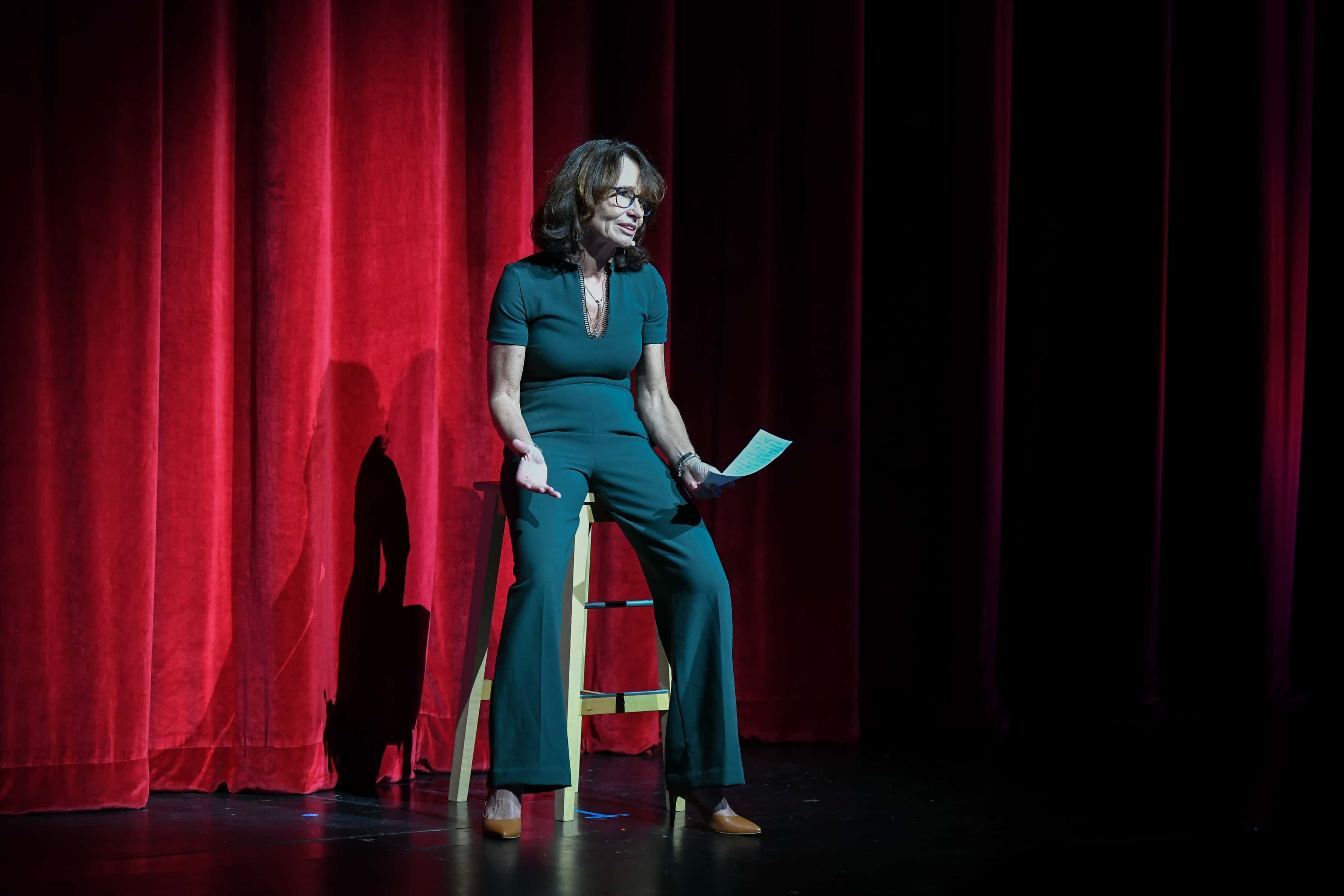 When I joined dtac, it wasn’t exactly the easiest time. After many years of uncertainty, people at dtac felt a bit desperate. We were even threatened with having to shut down our services at one point. But I could sense the hope and belief in the eyes of my colleagues. That gave me the feeling I could make a difference for them.

I didn’t fight to win the 900 MHz spectrum license for dtac just for the sake of my career or for shareholders. It was for the people working at dtac and the community they belong to. Having an impact, to me, is to be able to look into my colleagues’ eyes and see they trust in their work, that they can love what they do again, and that they believe they too can create value. That’s the real impact I work for.

I was also lucky to come to dtac knowing that victories are best shared. I used to play golf on Austria’s National Team. When I finally won an international golf championship, it just so happened that it was a tournament where I was playing alone. I went to get my trophy and there was no one to share it with. It struck me how there had been so many smaller wins with my teammates that had felt much better than this solitary glory. Looking back, the highest point of my athletic career was a bit of a letdown.

All these stories—my own, my mentee’s, Chhimi’s, and the incredible willpower of the people at dtac—have taught me that the real meaning of work is to learn, stumble and win together—and to enjoy the process of doing it no matter what comes your way.

Love and empathy: the only human capability in

the age of machine

I started by mentioning much smarter people than I also believe the meaning of productivity is on the verge of a dramatic change. One of those people is Jack Ma, who founded one of the greatest startups ever, and yet never wrote a line of code in his entire life.

In a debate with Elon Musk, Jack Ma recently said we will only work 12 hours per week in the future due to the increasingly smart machines doing much of our work for us. With a 12-hour work week on the horizon, I have to ask you all: What’s the point in cramming more into your day?

I have no doubt you’re all ambitious and that you’re determined to strive for the goals you have in mind. That’s why you’re here to get inspired. But even machines can be very productive. In fact, they already outsmart us on memory and repetitive skills. What they can’t do is love and empathize. As jack Ma said, “Computers only have chips, men have the heart. It’s the heart where the wisdom comes from.”

Don’t fall into a wrong definition of productivity by working so hard that you have no time to free your mind enough to think of what you really want to do. Having ambition is a good beginning. But more importantly, be happy about what you’re doing, be happy about what you’ve achieved and stay humble. Sharing a great journey with others should be the most fun part of your experience—not reaching your destination.

Before we even begin the journey, just take a moment to listen to your voice, the one inside, the one that sometimes gets crowded by colleagues, friends and parents. What is it telling you? What do you really want?

How a mobile operator, a university, and a data expert harness the untapped potential of mobility data to rebuild Thai tourism and promote social good