The “Battle for Better” #BraveAgainstCyberbullying debate tournament, which was the collaboration between dtac and the Bangkok Metropolitan Administration (BMA), has already concluded. Hailing from the private sector, dtac has supported the competition in the Month of Youth under the “BKK Rangers: Children for Better Urban Changes” theme. The last round of the debate pitched the Matthayom Prachanitwet School’s team against the Wat Pak Bor School’s team, where the former emerged as winners. 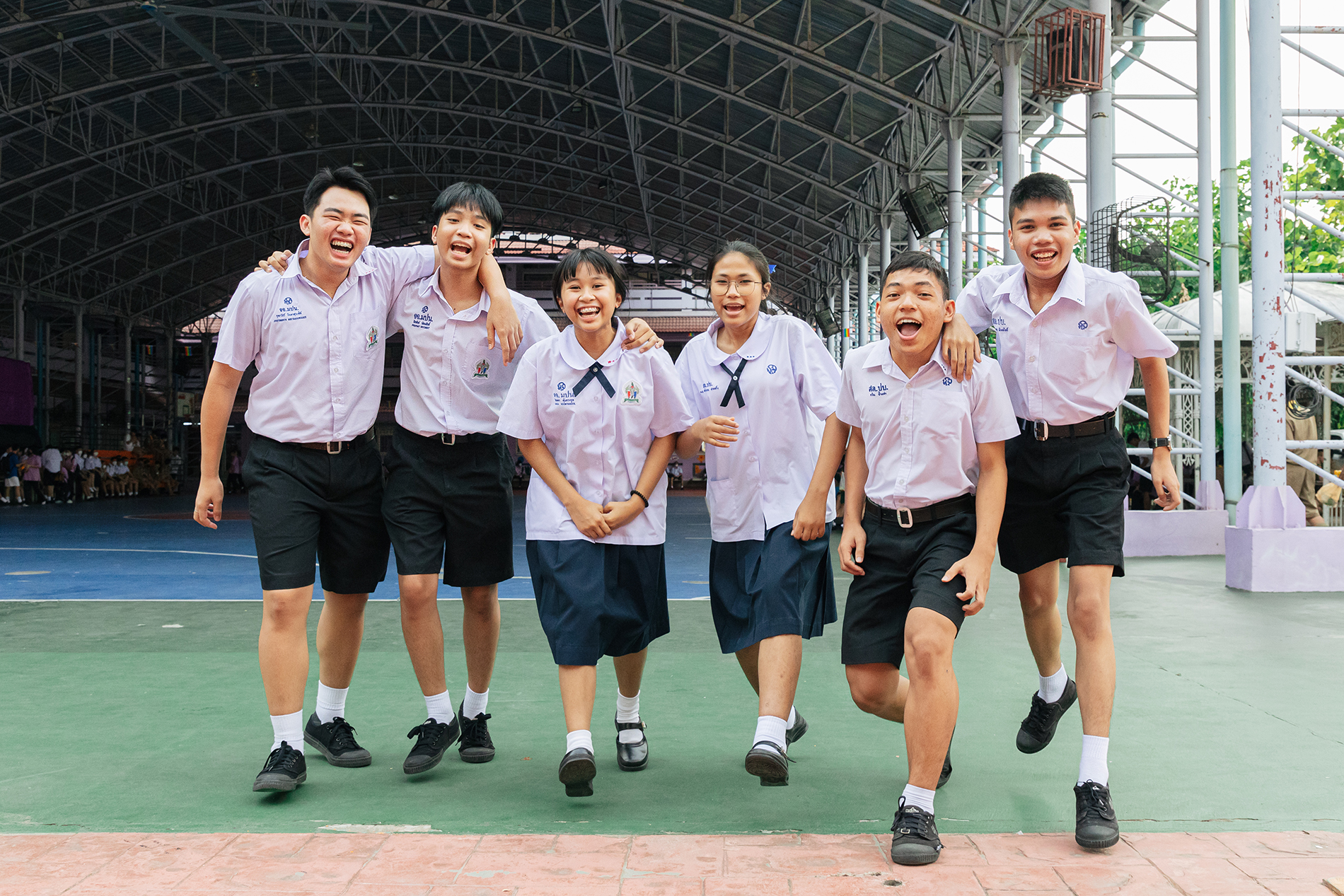 “All my team members are interested in public speaking, and we were quick to apply upon hearing about the debate competition. But the path to the contest was not rosy. More than 10 students in our school submitted their application for the competition. So, we all had to go through some internal selection process,” Juthawat from the Matthayom Prachanitwet School says. 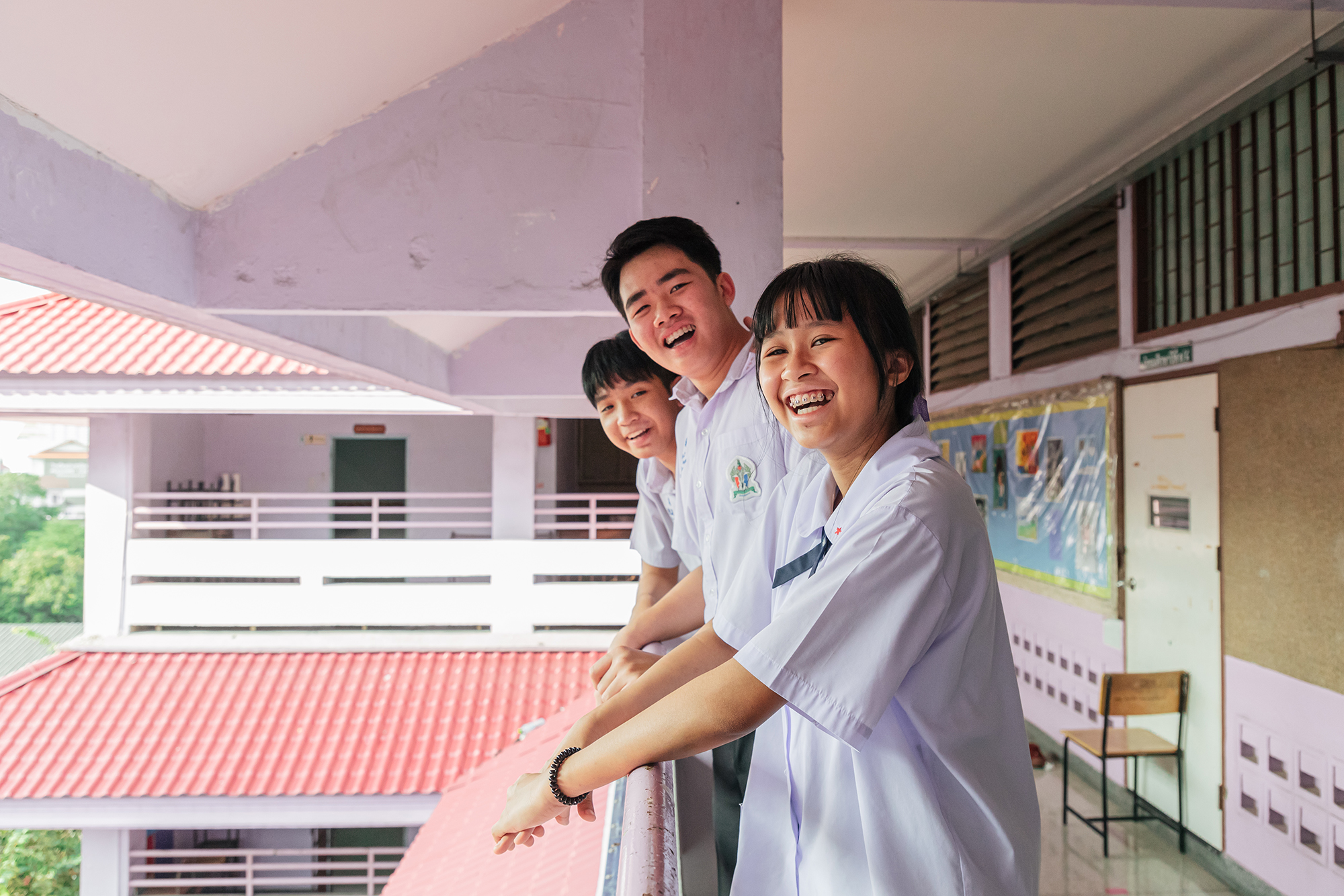 “I am a chatty person. Yet, this was our first debate competition. We had learnt about debating during in school, but we didn’t dive into the process and the principle of debating. So, we decided to seek more information online,” Juthawat continues. “That’s when we came across a program called ‘TV Watee’ on YouTube. It inspired me to join the school’s internal competition, and eventually we were chosen as school representatives.”

All the three members studied the content of TV Watee to hone their debating skills and picked up some useful techniques. Piyapat, in particular, found a big surprise. While going through old video clips, he found out that his mother used to join a debate competition for secondary students too.

Sasiwan of the Wat Pak Bor School revealed that she immediately formed her three-member team as soon as her teacher started looking for candidates. Because Sasiwan and her team members had been close and actively worked for the school’s council together, the school agreed to endorse their team.

The debate competition attracted more than 30 teams from BMA (the Bangkok Metropolitan Administration) schools. All members of these teams then attended a debating workshop led by Dr. Teerayut Boonma from Chulalongkorn University’s Oratory and Human Relations Club. All participating teams then were required to record a video of their debate under the topic of “Kids are not Victims. We Will Lead Changes in Cyberworld #BraveagainstCyberbullying, where qualifying teams competed against one another in semi-finals and the final round.

“You know, we cheered for Wat Pak Bor team from the very beginning,” Piyapat from the Matthayom Prachanitwet School reveals.

Even though both finalist teams appreciated the performance of their competitor, they held no punch on stage. Ahead of the final debate, the team from Matthayom Prachanitwet School received intensive trainings from their senior-secondary students and teachers. The team at the Wat Pak Bor School, meanwhile, made big preparations. Their teachers, including the school director, joined their mock debates in front of more than 500 other students to build their confidence on stage.

“When each debate ended, all of us came down from the stage laughing. We had lots of fun. We had not seen such atmosphere at the school for quite a long while,” Darat says.

After the extensive trainings, both teams turned up for the final round. The decisive debate presented the topic of “Conscience is more effective than rules in ending cyberbullying”. The Matthayom Prachanitwet School’s team was required to present arguments in support of this topic while the team from the Wat Pak Bor School was expected to rebut this statement. Following the debate, the team from the Matthayom Prachanitwet School emerged as the champion. However, all finalists believe that both conscience and rules play a vital role in preventing cyberbullying.

In the eyes of Thanakorn from the Wat Pak Bor School, conscience and rules are equally important. But fostering conscience is not easy and will take time. This is why rules must be laid down first to prevent bullies from violating the rights of others.

“The topic for the debate’s final round reflects that cyberbullying is both a structural and individual problem,” Thanakorn says.

No matter how fast the world has evolved, cyberbullying has persisted. Members of the two finalist teams say they have witnessed how children ridicule others with their parents’ names, inferiority complexes, gender, and beauty standard at schools. And many bullying cases are now taking place on social media.

As an administrative teacher at the Wat Pak Bor School, Darat says the debate competition has completely changed her perspectives towards bullying. As she actively participated in the preparations of students for the debate competition, she has learned a great deal about cyberbullying from research and has come to understand that being bullied can leave children  scarred for life. Teachers therefore must pay more attention to the problem as schools are both learning and social spaces.

Every Kid is a Gem

“I would like to thank dtac and BMA for organizing such great event. This competition provided us with a forum to express our opinions constructively and develop systematic thinking”. Juthawat says.

“I’m glad that I was a part of this competition because it strengthened ties between teachers and students. Family members also became closer as they watched the debate live from various locations while the competition had enhanced children’s confidence in self-expression, comprehension, teamwork, problem-solving skills, and more,” Kawin adds.

According to the teacher Darat, the competition nudged her to brush up her skills and to learn alongside her students. She trained her students during the preparatory process and ended up learning something from them as they worked together as a team. At a wider scale, debates like this can help shift social perception towards children arguing as being disrespectful to adults.

“The Battle for Better debate has enabled me to see the true potential of these students. I believe all kids have potential to shine. It is the duty of teachers to make that happen. We need more forums and events like this to create opportunities for children to learn, develop themselves, and shine. And I’d like to thank dtac for organizing such a great event,” Darat says.