Salted eggs are a prized condiment in Thailand and across Asia. Usually made from duck eggs, they are soaked in brine or packed in damp, salted charcoal. But with retirement age approaching, this military officer decided to perfect his own recipe and make a business of it. By embracing digital channels, he was even able to make it his full-time job. 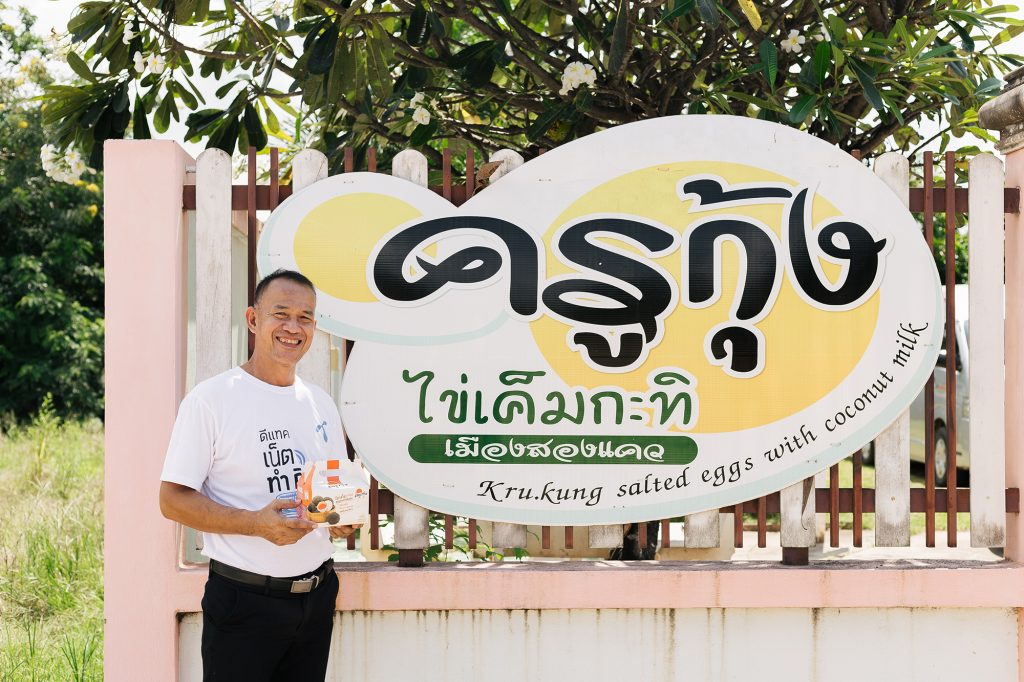 Inspired by the Online World

Wanchai Iamkai, 50, is a former commissioned military officer from Phitsanulok who decided to leave his military career behind to run his online business full-time. 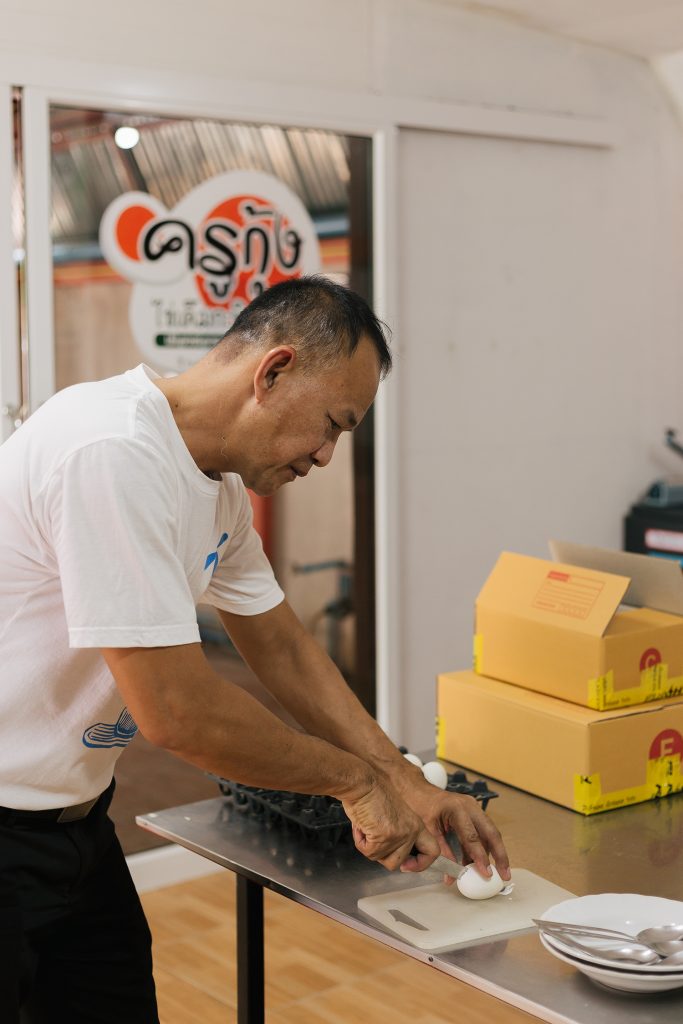 “I was the chief of a special warfare unit looking after the 17 provinces in Northern Thailand. I had been a professional military man for my entire career, spending most of it in Mae Hong Son on peacekeeping missions along the borders,” Mr. Wanchai said. “I have always been an active person and really wanted to make the most out of my free time. Then I had this idea of making salted eggs.”

Mr. Wanchai credits his inspiration to the army’s housewives, who form tightly knit and very active groups that often produce their own foodstuffs. They taught him to make salted eggs, which only requires a few and simple ingredients including duck eggs, marl, and salt.

With some basic salted eggs making skills he picked up from the housewive group, Mr. Wanchai decided to start his own brand. Thanks to the internet, he did deeper research on salted egg productions and marketing strategies. It was a journey of trials and errors. Over time his goal became clearer and more ambitious, and he realized that product differentiation is a key to success.

In search of the right ingredients, Mr. Wanchai traveled to different places, from egg farms and salt providers, to suppliers of charred coconut husks and marl. To make his product stand out, he added “coconut milk” into his recipe, resulting in salted eggs that are mellow and smooth with the right salty balance – something that differentiates his product from famous salted eggs produced in Surat Thani and Lopburi.

It took Mr. Wanchai longer than five months to perfect the recipe. Putting in too much coconut juice could result in a texture that is too soft and mushy when the eggs are boiled. He experimented with thousands of eggs before launching Kru Kung Salted Eggs with Coconut Milk.

Even after the recipe was fully developed, there was still a major challenge ahead. He had to do a lot of research to find a different market position than his competitors since long-standing salted eggs brands usually partner with local grocery stores to display and sell their products.

Today his main customers are middle to high-end restaurants in the province who are impressed by the freshness of his products and excellent services.

“These chefs used to buy 10 salted eggs for 90 baht, which still need to be cleaned and boiled. I spotted a business opportunity and started selling them at a lower price, with free cleaning and boiling service,” he explained. “All the chefs need to do is peel the eggs and then they are ready to serve. Today, many well-known restaurants in Phitsanulok use Kru Kung salted eggs.” 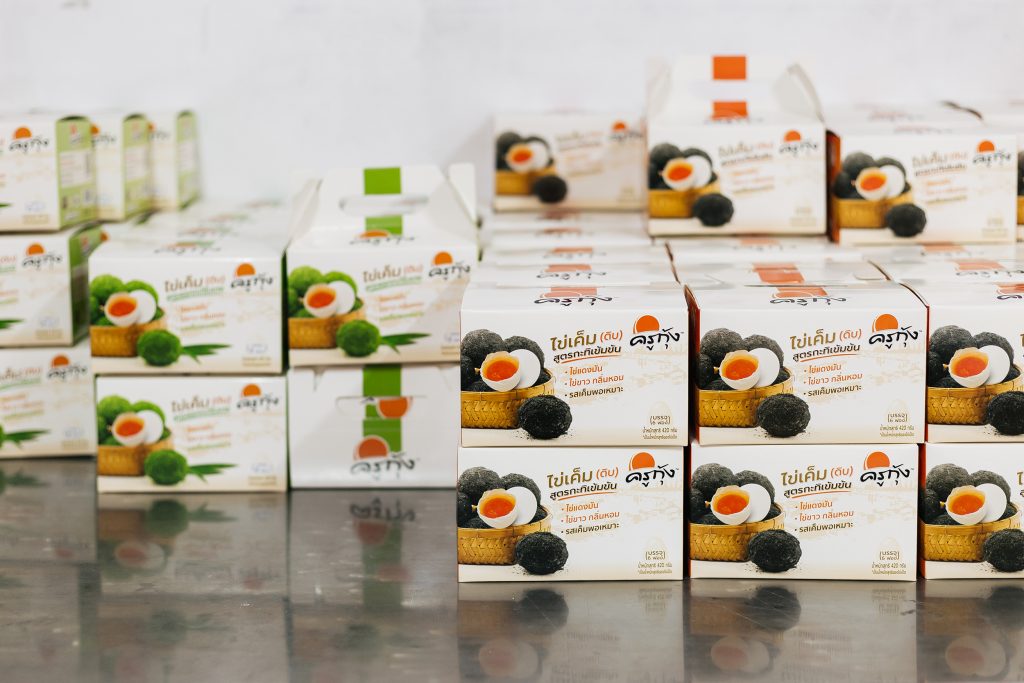 When his business started taking off, Mr. Wanchai hesitated between the job security of his military career and his salted eggs venture. One day, he discovered a news article about dtac Net for Living, a program that teaches digital skills to small-scale entrepreneurs. He didn’t hesitate to apply.

“I have been using dtac since 1 January 2004, right after I got married. I feel deeply connected with the brand. And the Net for Living program is so meaningful to me. It helped me realize my dream as a business entrepreneur,” he said. “Today, businesses need an online presence to stay competitive. Thanks to this program, I was able to step up and use online tools much more professionally. And now I have regular customers nationwide.” 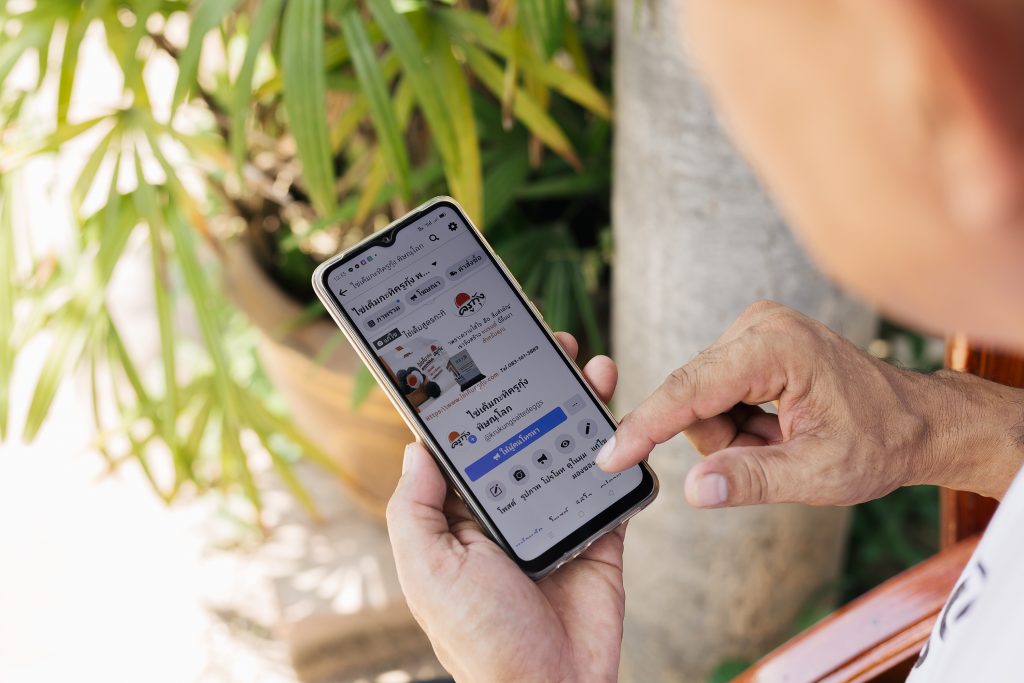 Today, Mr. Wanchai is a full-time salted egg producer. His factory, which is located next to his home, also acts as a learning center. But Mr. Wanchai aims bigger. He wants his salted eggs to become a famous souvenir product of Phitsanulok.

“I want my hometown to become a city of salted eggs and a tourist destination. There are many beautiful temples and natural attractions here, but it has relatively a small number of tourists,” Wanchai said. “My ambition is also to export Kru Gung salted eggs to people across the world.” 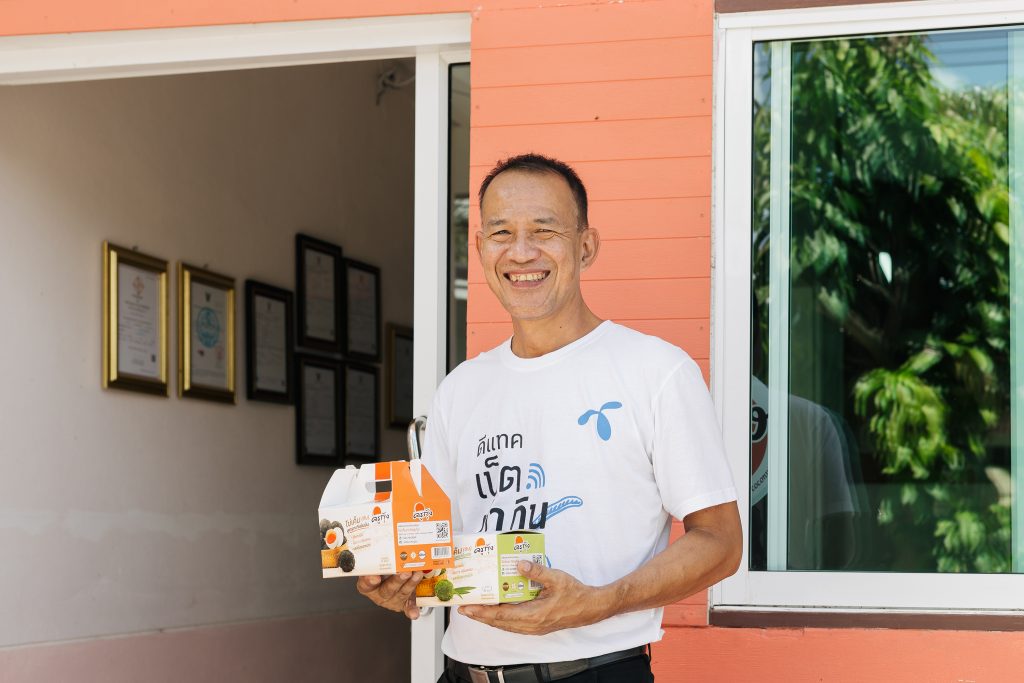 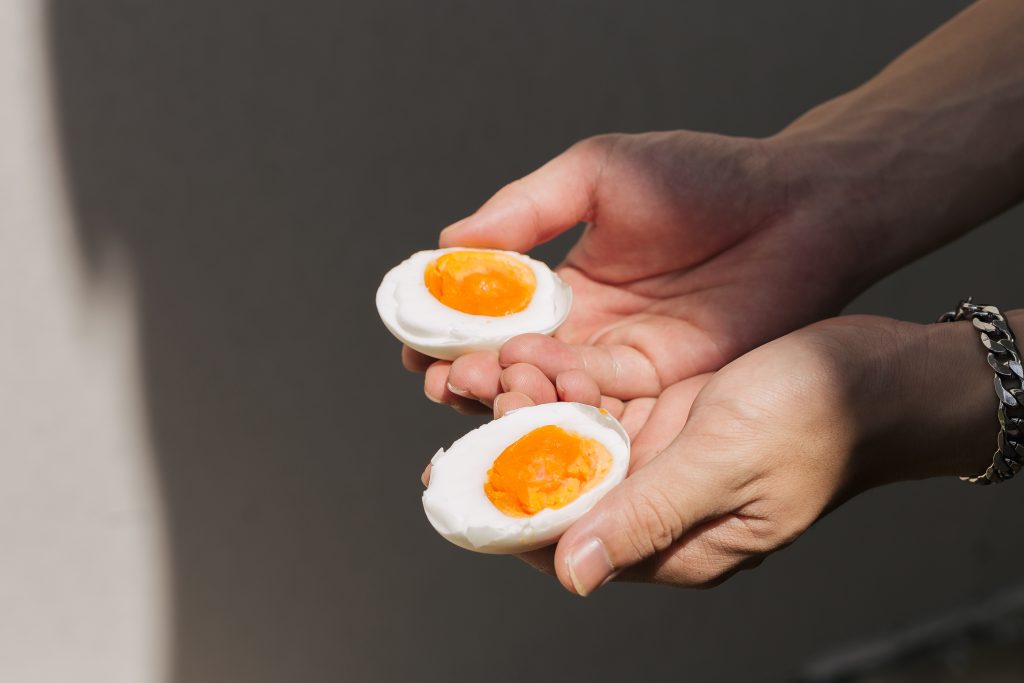