Chaovarith Poonphol was an architect at A49, Thailand’s most renowned architectural firm. He worked there for seven years, starting as an intern before moving up the ranks to senior architect. In parallel, he was becoming an increasingly sought-after architectural photographer. The pressures of both jobs piling up, he suffered a major burnout. This is the story of how he bounced back and landed in the field of his dreams. 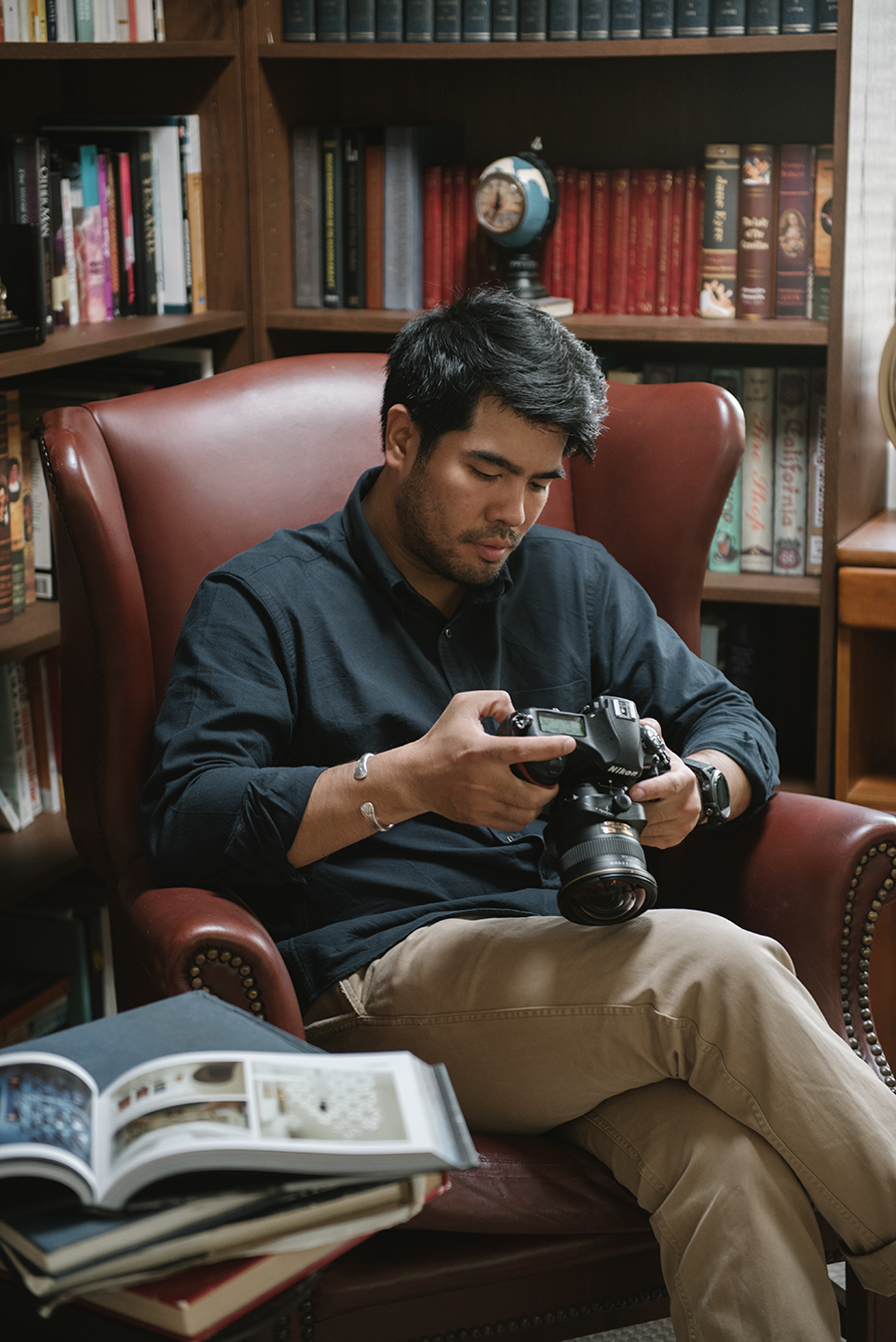 “For three years I had been thinking about quitting my job to become a photographer. But I wasn’t sure if I could make a living out of it. Eventually, there were more and more people coming to me with photography work, and I started getting calls from people being recommended by my previous clients. It started too look like I could really make this my job, but the pressure of having two jobs started to take its toll,” says Chaovarith.

Back then, Chaovarith was a full-time architect on weekdays and a freelance photographer on weekends, shooting the hottest new buildings around the country. As his freelance career took off, his work appeared in several magazines and books. By 2018, he was becoming a victim of his own success. He couldn’t keep up with the combined workload of his freelancing and his full-time job.

“During my final year as an architect, my boss told me my work quality had dropped. I also missed a lot of deadlines with my photography gigs. Before, I used to submit everything on time!” Chaovarith recalls. “I was working too hard and I had a burnout. I didn’t want to do anything or talk to anyone. I didn’t want to wake up and be in the office at 8:30am. It was so bad I had to go see a psychiatrist and take medication. And I didn’t have time for my family either. That was the worst part.”

Once he realized he needed to do less, Chaovarith took the bold step of resigning from his position as an architect. A month later, he joined his friend’s 3D visualization studio to launch SkyGround, a photograph & film production service tailored for real estate clients. Today, he oversees a team of six, and trains them to become better photographers in addition to their computer graphic skills.

This year, they shot around 200 buildings, from gleaming skyscrapers, luxury residential projects, to boutique hotels. They also expanded their services to videography. Chaovarith says this is relatively new for the architectural scene here. And he relishes the opportunity to shoot award-winning architecture, such as the Choui Fong Tea cafe in Chiang Rai, one of his proudest jobs this year.

“We had to shoot video for a handful of buildings this year. This kind of work was new to us and marks a turning point in my photography career,” he says. “We just saw these video jobs as opportunities to experiment, but in the end things turned out well.”

Today as the director of photography at SkyGround, he wakes up early and looks forward to starting the day. He is no longer kept at his desk and gets to enjoy the warmth of the sun when being on site for shoots, which take place at least four days a week.

“I’m an outdoorsy type. I love being behind the lens shooting beautiful spaces. I enjoy my time spent with my colleagues on a shoot, eating lunch together and staying at a beautifully-designed building for two days. Finally, I have my Saturdays and Sundays back. And I don’t miss deadlines anymore. I also get a chance to reflect on things. It was the first time I started noticing my mom was getting old. She had difficulty walking, so I got a fitness membership for her and also for myself. Every weekend I take her to the gym or eat out, and I have been working out every day for almost a year now. My body feels stronger and I’m happier too.”

Chaovarith has been a dtac customer for more than a decade. This year, he noticed the improvement in dtac’s mobile internet speed and coverage. Being able to stay connected to his customer is critical. But high-speed internet has also transformed his way of work.

“Just this year, I switched to a bigger data package as I have to sync and upload hundreds of photos to Lightroom, which is a cloud-based application I use to edit photos directly on my phone,” he says. “There was one time I went to photograph a house in Kanchanaburi, and I just uploaded everything into the cloud right after. If places I go to have a good coverage, then I can work from anywhere. These days I work mostly on my phone and hardly carry a laptop anymore. I think the cloud is a major turning point in my workflow. In the near future, I hope the speed of mobile data can even surpass fiber internet.”