During COVID-19 outbreak, lockdowns mean the cancellation of many trips and the Work-From-Home mode for so many people. Some people, however, still hit the road so as to keep customets connected. Regional Sales representatives of dtac are among those venturing out to fulfill the mission.

dtac blog sat down with dtac salesforces based in the southern province of Songkhla to discuss about their mission in the district. Based in Hat Yai district, this salesforce has led by Waiyaroj “Eak” Ahlitaqwa, Pat Jittapano and Ruenruay “Norn” Sikaew. 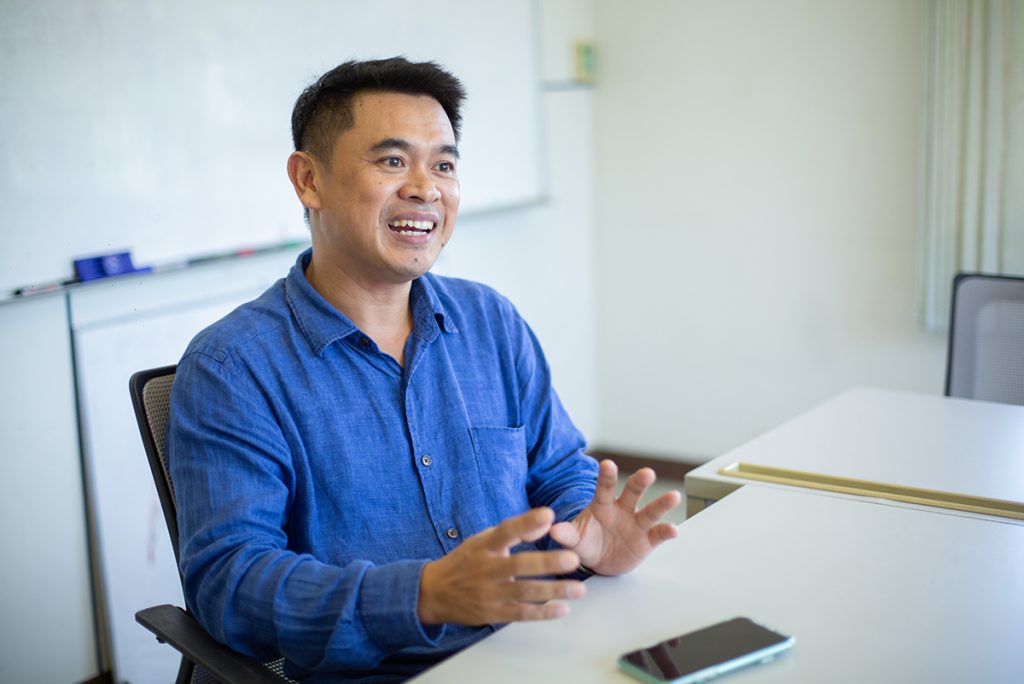 “Our job responsibilities are about sales and services. My team handles the first part or distribution. It is about distributing SIM cards and prepaid cards through distribution channels, most of them being local shops, in response to customers’ needs. Norn’s team is in charge of a dtac Halls and mainly manages customer services,” Eak explained about the Regional Sales structure.

“SIM cards are just the beginning of our services. Our tasks also include the promotion of additional packages and services too so that customers enjoy maximum cost efficiency. Today, competition in each area is very fierce and dtac needs to react real fast. For example, when competitors launch a promotion, we aim at countering it with our great new promotion within 24 hours,” Eak says. 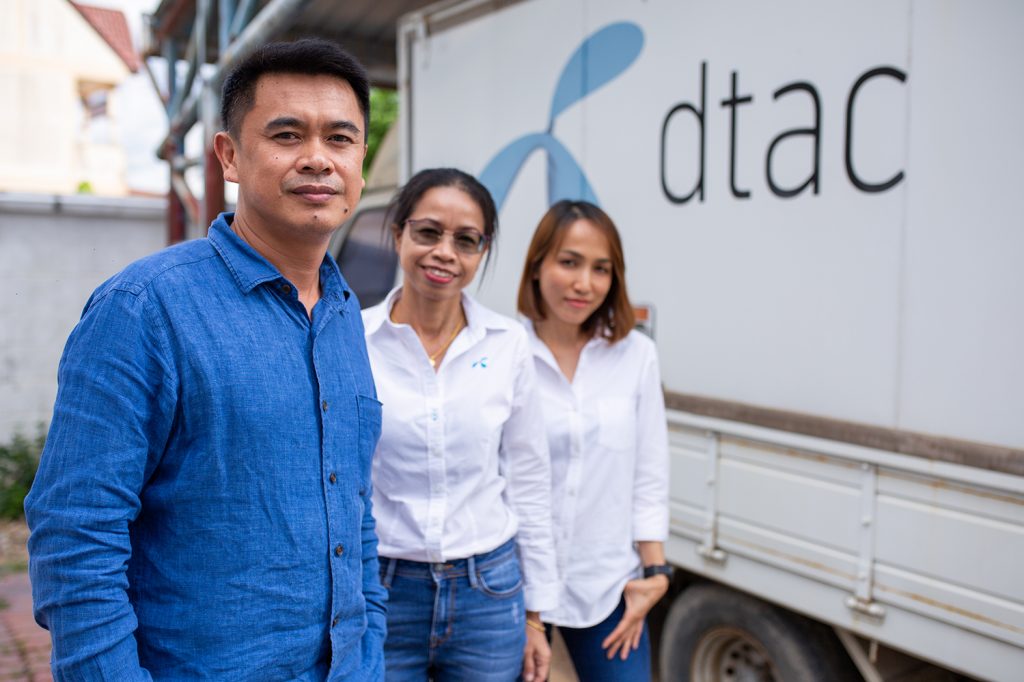 While sales team’s key job responsibilities are to sell products and deliver services to customers. There is more to their job than what it seems at first glance. To perform their tasks, sales representatives must fully “understand customer behaviors”. Behaviors of customers in big cities and provinces are generally different due to different social structure and values.

here used to be a big digital divide between the old and the new generation in the South. Members of the old generation had refused to use smartphones in the past. However, there have been a big shift in connectivity services in recent years.

“Each community now has a LINE chat group. Created by community leaders, the chat group is used to spread information and news. During COVID-19 outbreak, village health volunteers have also used LINE in educating people about health information and inform them of the arrival of people from elsewhere so that they can properly take precautions against the disease,” Norn says.

Pat adds that one problem during the COVID-19 crisis was that some communities could not access internet just because locals, particularly the elderly, did not have basic digital literacy. dtac thus responded to local shops’ requests that it help giving such knowledge to local people through collaborations with non-formal education centers. Pat is proud of taking this mission. When she educated the locals about how to use internet, she knew she was helping them connect with their children/grandchildren and get online entertainment amid the intense COVID-19 situation.

“Working for dtac for more than ten years now, we have learnt that our jobs are rewarding not just in terms of salary we’ve received but also in terms of impacts we have made on rural communities. Thanks to our jobs, people living in provinces can access internet and information. Such access reduces social gaps,” the three dtac staffers chorus.

dtac has proven so many times before that it is by no means just an internet service provider. During 2011 big floods, dtac extended bill-payment deadline and offered free credits to its customers in flood-ravaged areas. dtac, in addition, gave relief items to flood-hit communities in Phatthalung, Nakhon Si Thammarat as well as three southernmost provinces. In spite of power blackouts and severed roads, dtac’s local teams successfully reached out to flood victims in the South through support from the headquarters. Such moves brought huge delight to people in need.

“Locals are not just our customers. They are like parents, siblings, or family members. Internet access will raise their quality of life. This is the appeal of our jobs. Because of our work, we can stay close to people in provinces. Speaking of social structure, the relationships between locals are close. Exposure to these people and their communities give us happiness. So, our jobs give us much more than money,” Pat says.

Due to the nature of their jobs, these three dtac staffers have spent much time outside their office and have also travelled quite a lot. During their journey, they have discovered not only nice scenery but also the “beauty of life”.

Eak, who has worked for dtac in the South for over two decades, said Thailand’s southern region is abundant and beautiful. Pak Bara Beach of Satun and Pru Toh Daeng Forest of Narathiwat, for example, boast uniquely stunning landscape, he points out.

“At the mention of the South, unrest may pop up in the mind of many. But violence is just a part of what the South has. I was born and grew up in Pattani province. My dad, a cop, was killed in the unrest. I’ve seen his departure as a destiny. I myself have been very close to the scenes of several violent incidents. On one occasion, a shooting occurred just 30 meters from where I was. The shooting killed one victim and injured seven others. When gunfire started, I was inside the shop of our distributor. After the gunfire ended, my subordinate and I rushed out to help the injured. We had no idea where the hospital was actually. We headed out just because we wanted to bring the injured victims to doctors in time. We would find out later that they survived. So, it’s a memorable incident for me during work journey,” Eak recounted.

These three dtac members have faced unrest, directly and indirectly, during their time with dtac. But they said, “Endowed with nice natural landscape, cultural diversity, society and traditions, the South is beautiful. Unrest does not define the whole southern region”. These dtac staffers added that they have fun travelling across the South for the missions of connecting our customers to what matters most and reduced inequality.